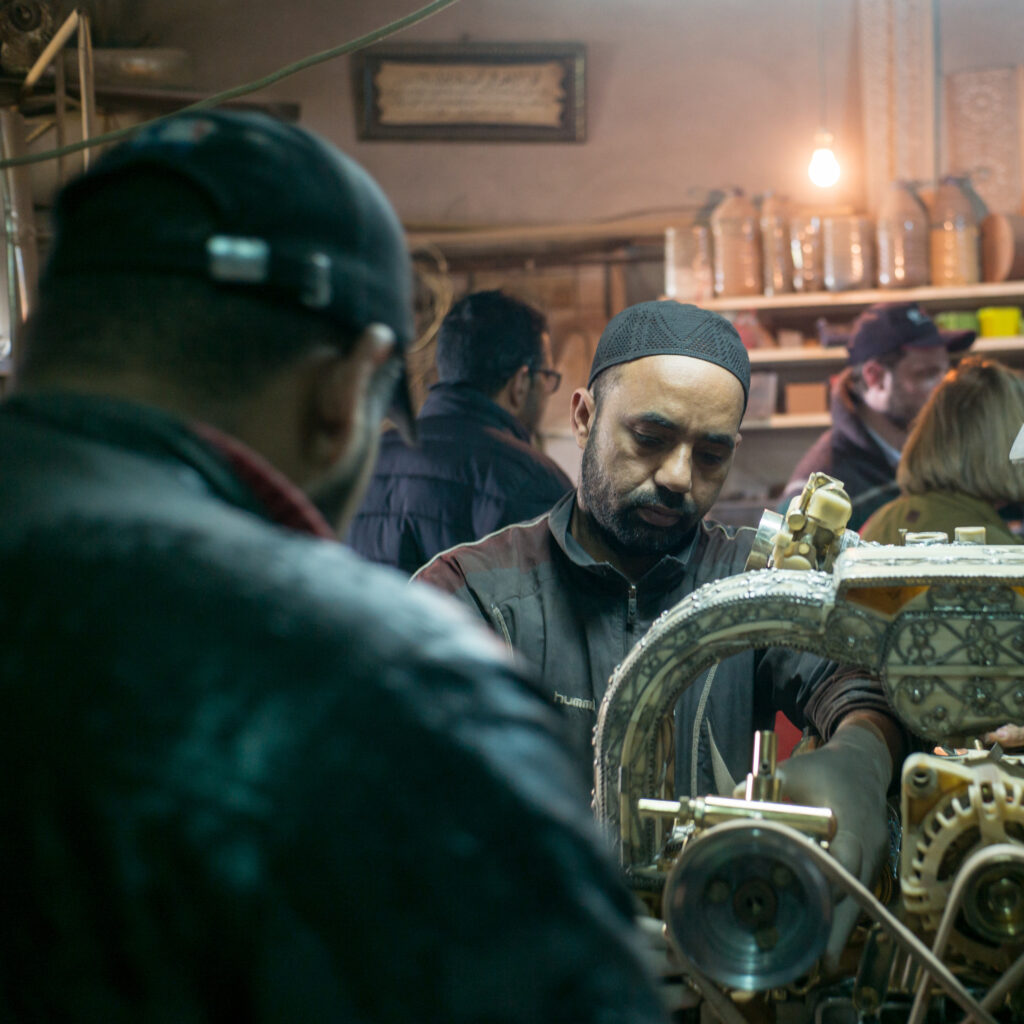 Nour-Eddine was born in Ras Ain-Rhamna in 1976 and has three children.

When he was fourteen years old, his father brought him to Maalem ‘Dommage’ Mustapha to be trained as a craftsman. There, he learned finishing work, mostly polishing and sand-paper finishing touches on wood, copper and metal items during seven years. After that, he was hired by various companies producing commercial craft items, extending the number of materials he could embellish.

He joined Fenduq in 2017 after being proposed for the job by his predecessor, late Maalem Abdellatif Farhat, who died of cancer that same year. He discovered a united team working on things he had never saw before, which offered challenges he never thought he would be confronted with: it is the first time precision and attention to details really matters.

At the atelier he acts as a cook and cleans the workshop, makes sure tools are where they belong and is the left hand of Dragon who, as an old school craftsman, is used of having aides running around him. He has a passion for travels and otherwise aim for a simple life. 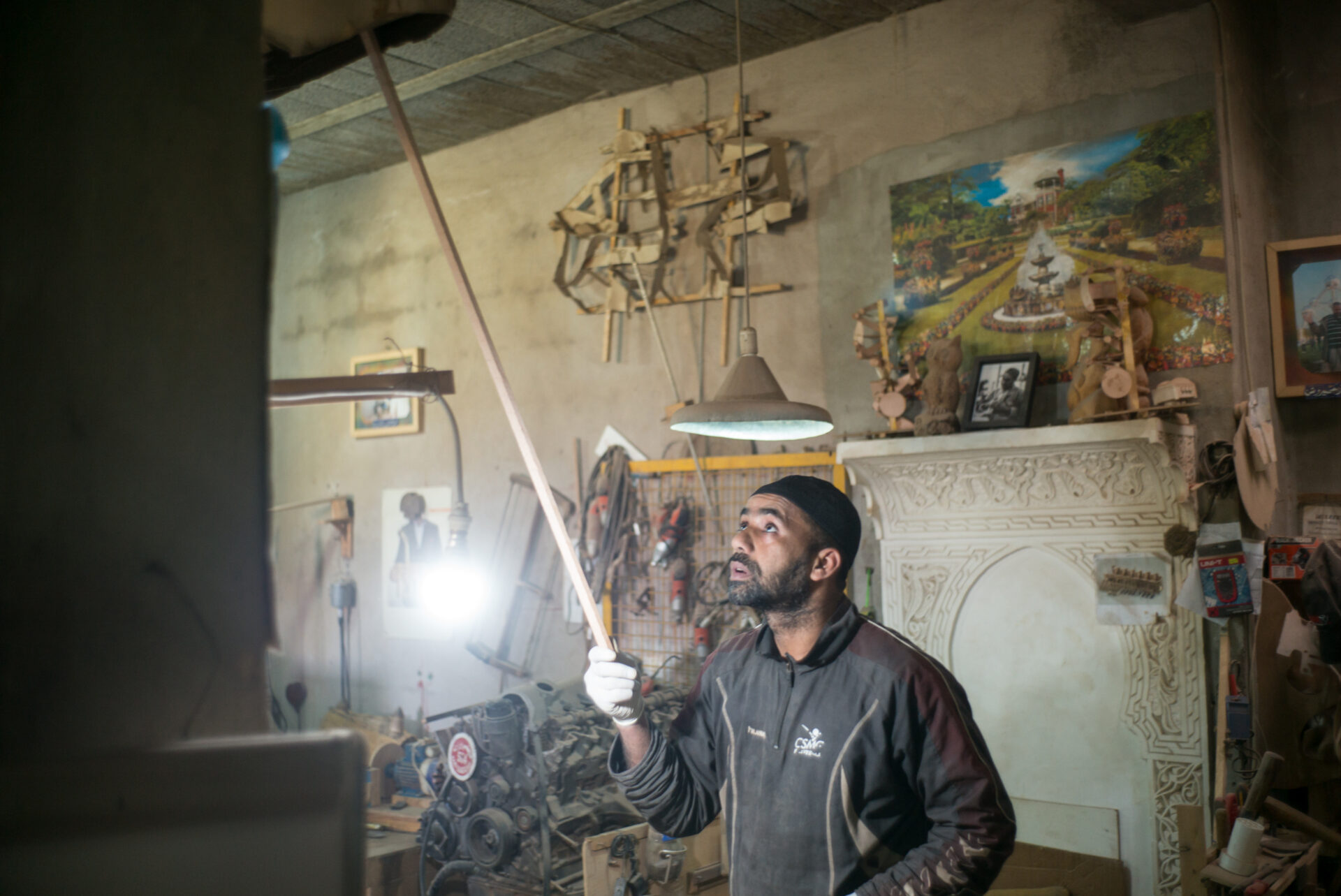