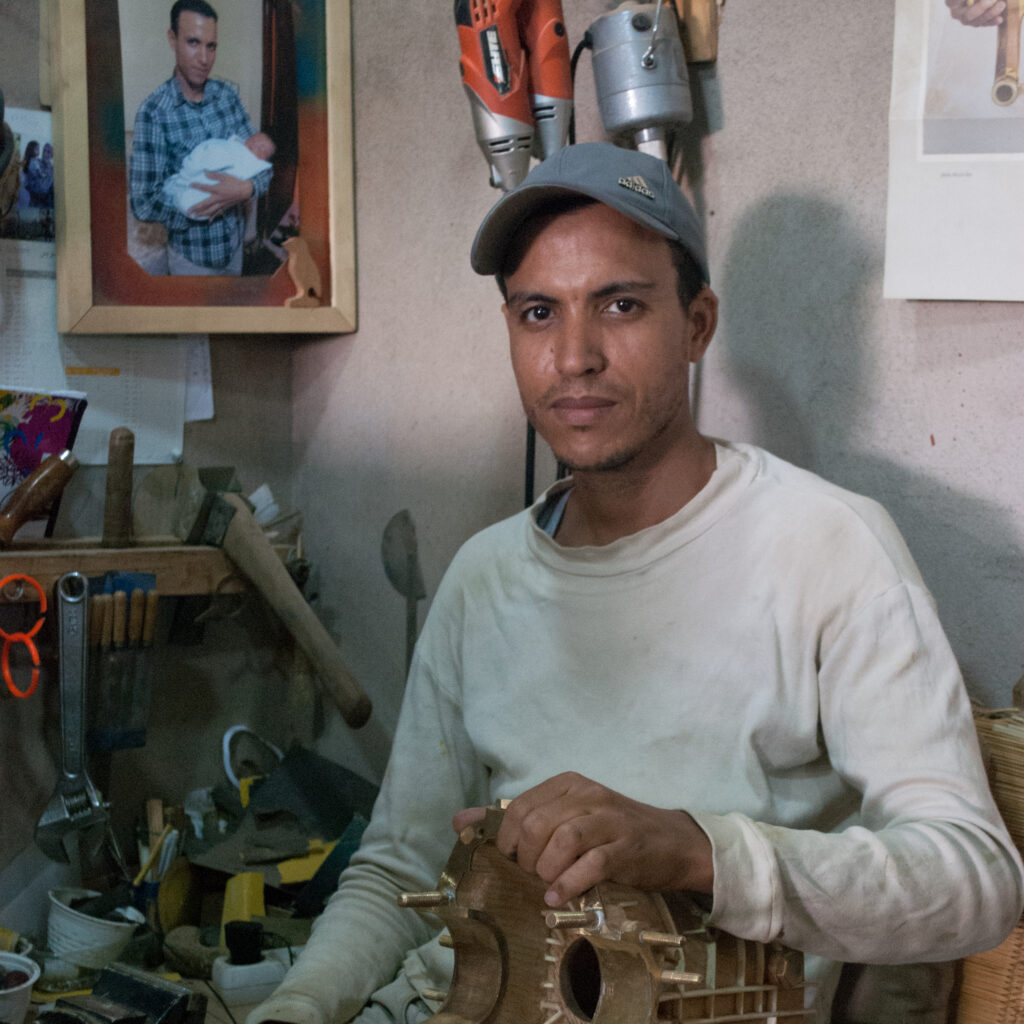 Born in 1980 in Sidi Abdellah Ghiat (Marrakesh), Abdelghafour is from Amazigh origins and has two children. He finished his fourth year at high school and obtained a diploma of mechanical maintenance, while working as a woodcarver with his brother Abderrahim during holidays. Eventually he continued working as a craftsman after graduation until he joined Fenduq in 2014 when Eric van Hove called him. Joining the atelier really allowed him to realize his own level of competence as a woodcarver, learn many new aspects of that trade, and enjoy team work for the first time.

He loves sculpting and his hope is to see Fenduq’s productions exhibited in ever more international museums. 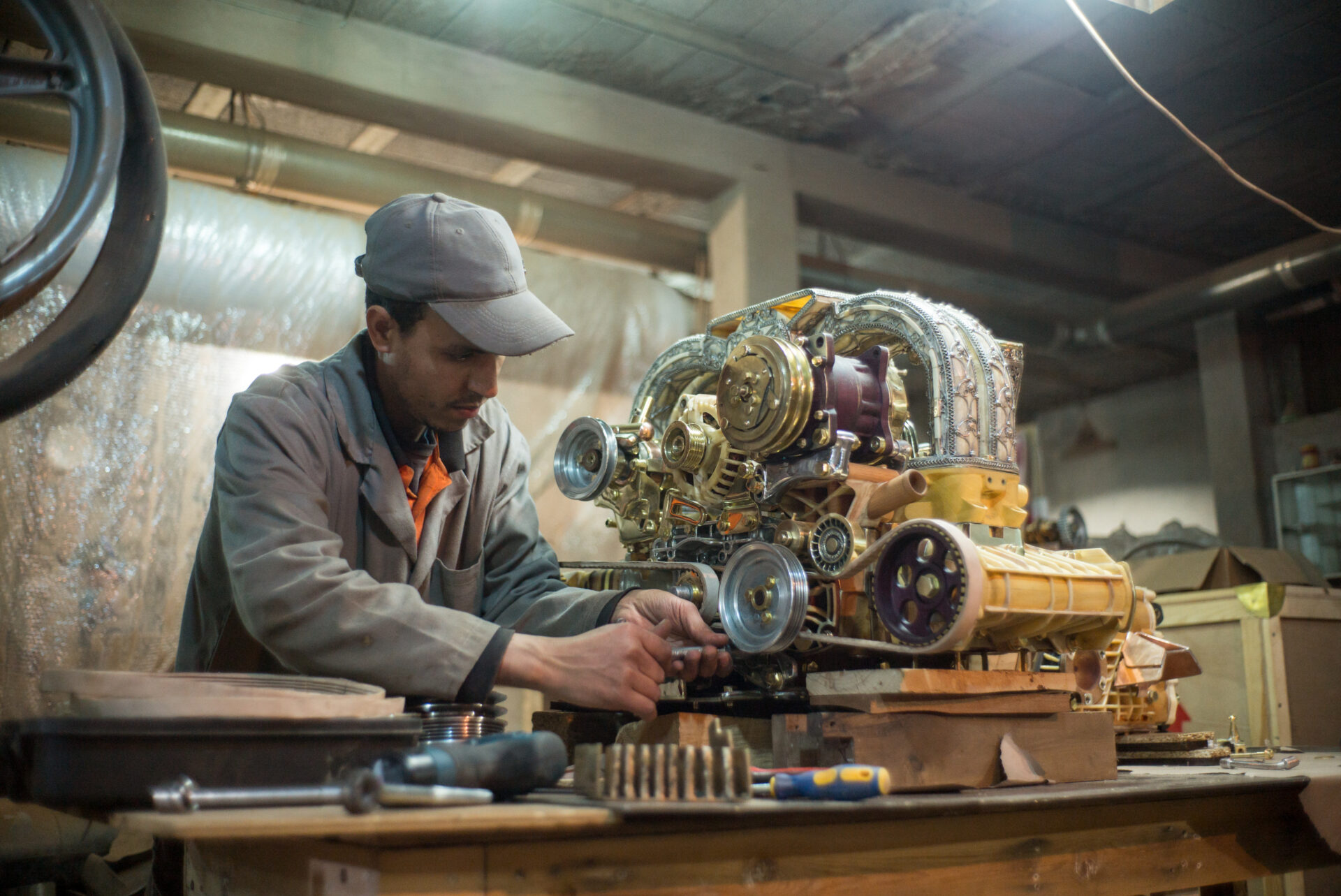