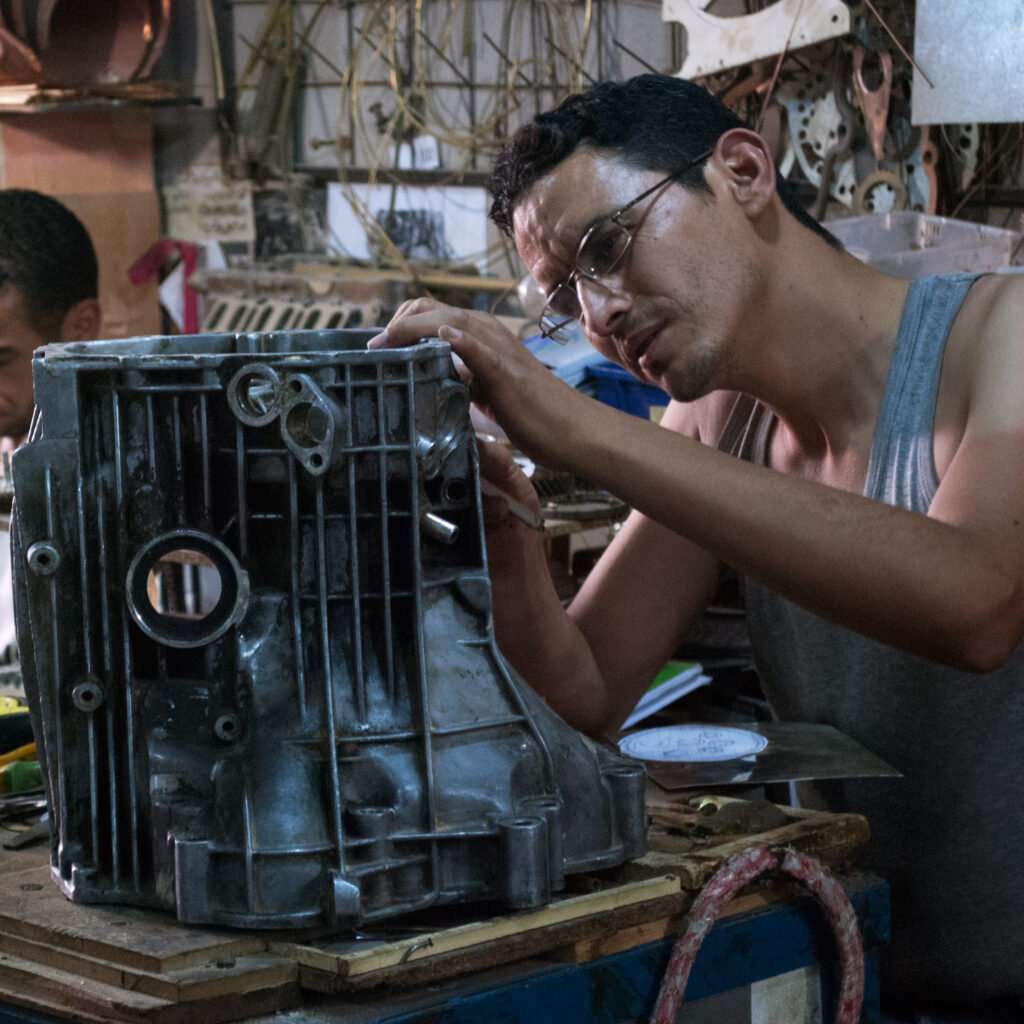 Abdelaali was born in 1984 in the Rhamna region of Marrakesh. After primary school, he entered a professional formation center and got a goldsmith diploma two years later. He found a job in a small factory doing craft work where he learned to work with copper and discovered his specialty: technical fine cutting. He soon established his own workshop in the medina of Marrakesh where he worked during twelve years before joining Fenduq in 2014. He was fascinated by the different atmosphere that can be found there, which mixes traditional classicism and contemporariness.

This new experience had a deep impact on him, and his love for his trade started to grow and he now feels a sense a belonging he never thought craft in Morocco today could offer. He feels the word ‘impossible’ disappeared from his vocabulary: there is a sense of care applied to what is being made there which has long been absent in other workshops he knows about. Seeing Fenduq’s works entering in museum collections has been somewhat of an eye-opener for him, as the perspective of posterity is a rare thing in the craft sector. He hopes the Atelier will endure, and that a new generation of craftsmen can be trained with these values as a foundation. 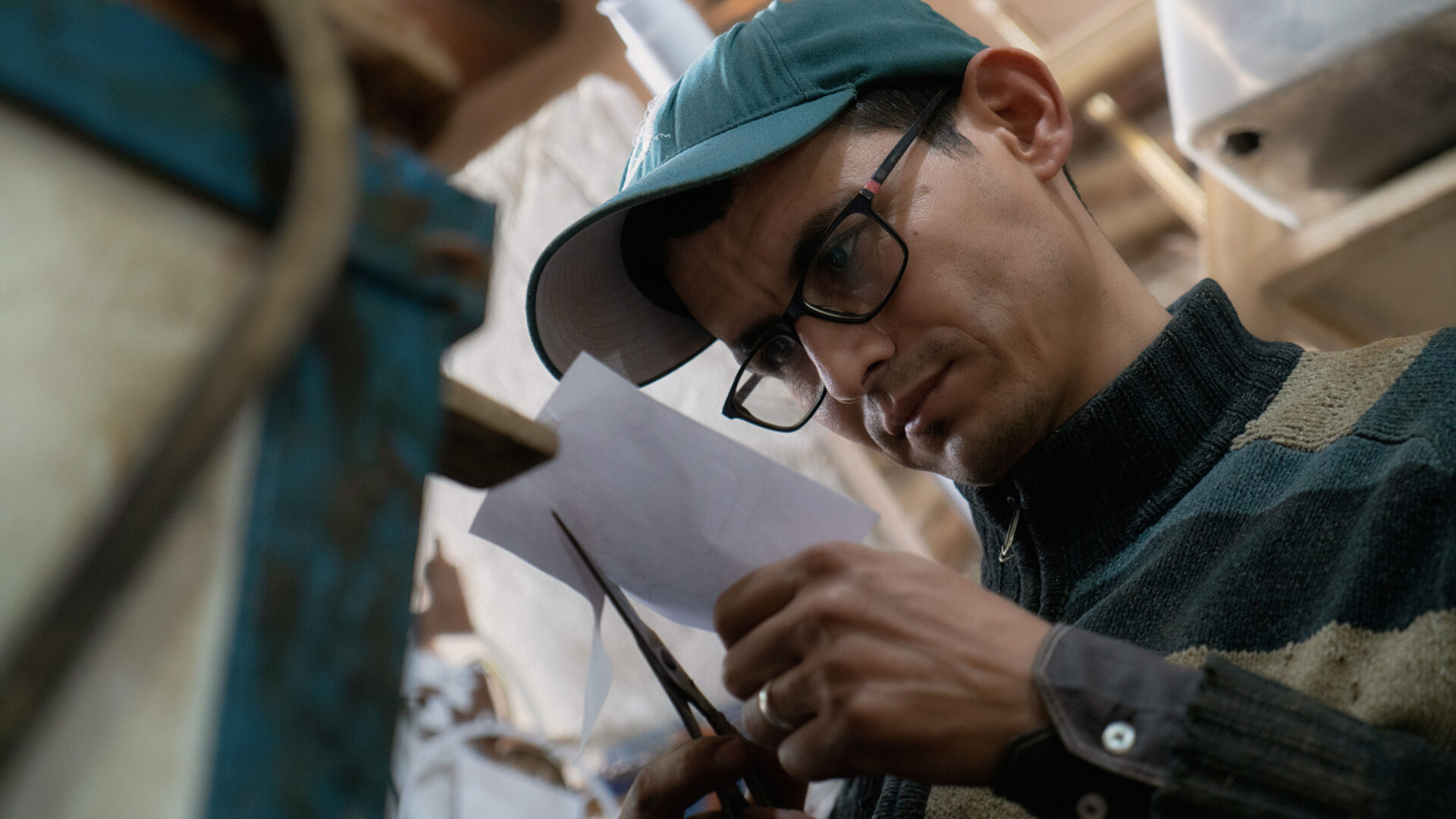