Fenduq to move to a new location

For the last seven years since its creation, Fenduq has been situated in the village of Sidi Moussa, off the Ourika road in Marrakesh. But once very bucolic, our pastoral neighbourhood slowly turned into a hastily built jungle of concrete buildings… Following on the various changes brought forth by the Pandemic, it feels like the right time to revamp and actualize. Fenduq, though still active, will be therefore be temporarily closed to visitors starting this July to facilitate the move to a new location in 2022… stay tuned!

the Fenduq exhibition at the Museum Vandalorum is prolonged until 07.03.21

Following on the coronavirus discruption, the Fenduq exhibition at the Vandalorum Museum in Sweden, curated by Jonatan Habib Engqvist, has been extended until 07.03.21 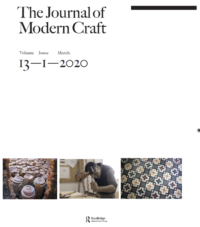 « The essays assembled here represent a selection of the papers presented at the international conference, “Middle Eastern Crafts: Yesterday, Today and Tomorrow”, held at the Victoria and Albert Museum (V&A) in London in October 2018. This grew out of a research and collecting project, funded by one of Art Fund’s New Collecting Awards, to investigate North African contemporary craft and to develop strategies for ways in which the V&A’s world-class collection of applied arts from the broad region of the Middle East and North Africa (MENA) could be brought up-to-date. There was no ready-made body of research on this field to tap into. While contemporary visual arts from the Middle East have been a burgeoning field of interest among collectors, public and private, over the last two decades, the perception of the plastic/decorative/applied arts – what we could simply call “crafts” but feel uncomfortable doing in this context – has been very different. When applied to Middle Eastern and North African geographies, as with many non-Western societies, the word “craft” equates to “folk art”. This is defined by the Folk Art Alliance as an “expression of the world’s traditional cultures; rooted in traditions that come from community and culture; made by individuals whose creative skills convey their community’s authentic cultural identity, rather than an individual or idiosyncratic artistic identity”. The key notions here, that distinguish “art” from “craft”, are those of “tradition” and “authenticity”, issues that arise repeatedly in all the essays in this issue. The matter of authenticity and the question of who determines this dubious and contested quality is one that will not go away. The Western curatorial eye still expects, indeed demands, regional references in non-Western art and design. » (…)

Following on the opening of the Fenduq exhibition at the Vandalorum Museum in Sweden, curated by Jonatan Habib Engqvist, a small publication was released which we hereby share with our audience online:

After a year at the Fries Museum, the Fenduq retrospective exhibition is travelling to Vandalorum in Sweden. Curated by Jonatan Habib Engqvist, it will enable the audience to follow the development of the fourth Mahjouba prototype in conjunction with various local and international technical engineering companies. It opens on February 1st 2020 and will run until September 27th 2020.

Omrop Fryslân to release a 90 minutes documentary, The Netherlands

Omrop Fryslân, the regional Dutch TV channel from Friesland is about to air a 90 minutes documentary on the making of the 2019 Fries Museum Commission: Ús Heit (Claas Jaguar OM422 V8). It will be previewed at the Noorderlicht film festival this coming November, and available online subsequently.

After eight months of production involving craftsmen from four countries (9 Dutch, 1 Indonesian, 5 Swedish and 35 Moroccans), Eric van Hove’s latest sculpture has been unveiled at the Fries Museum last October. A replica of the Mercedes-Benz OM422 V8 industrial engine used to motorize the Claas Jaguar forager harvester, it concludes an intense manufacturing process made public during this year long exhibition.

Curated by Eelco Van Der Lingen, the Fenduq retrospective exhibition opened on February 2019 and stay on show until January 5th 2020.