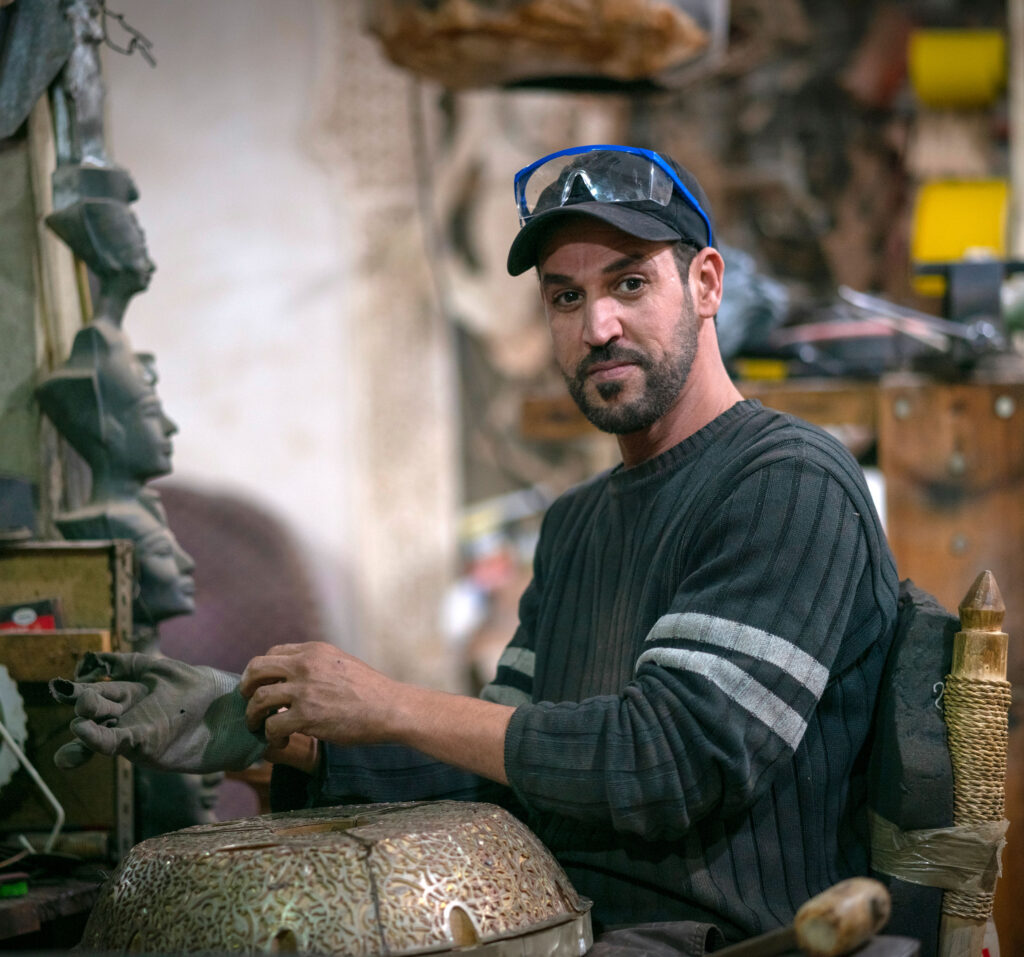 Mustapha was born in 1980 in Marrakesh. He has two daughters.

After reaching high-school he left school to look for work. Having done various small jobs, he finally discovered copper work. He loved assembling pieces of copper into lamps and objects for the market, which he did at the service of Mâalem Abdeaali in the medina. Later on he started working independently in a small garage in town, creating copper souvenirs for tourists.

He was called to help at Fenduq in 2016 and happily stayed once a seat got vacant. He was baffled by how different this place was from most others he’d seen. Having so many craftsmen collaborating on large composite sculptures while feeling they don’t vanish into the whole in itself is an oddity.

His hobby is football and what he enjoys most is working alongside foreign craftsmen at Fenduq when that happens, as this reminds him that craft isn’t only confined to Morocco, but that he is part of a larger scene of skilled individuals beyond his own.

Mustapha left Fenduq in 2020 to pursue his own agenda. 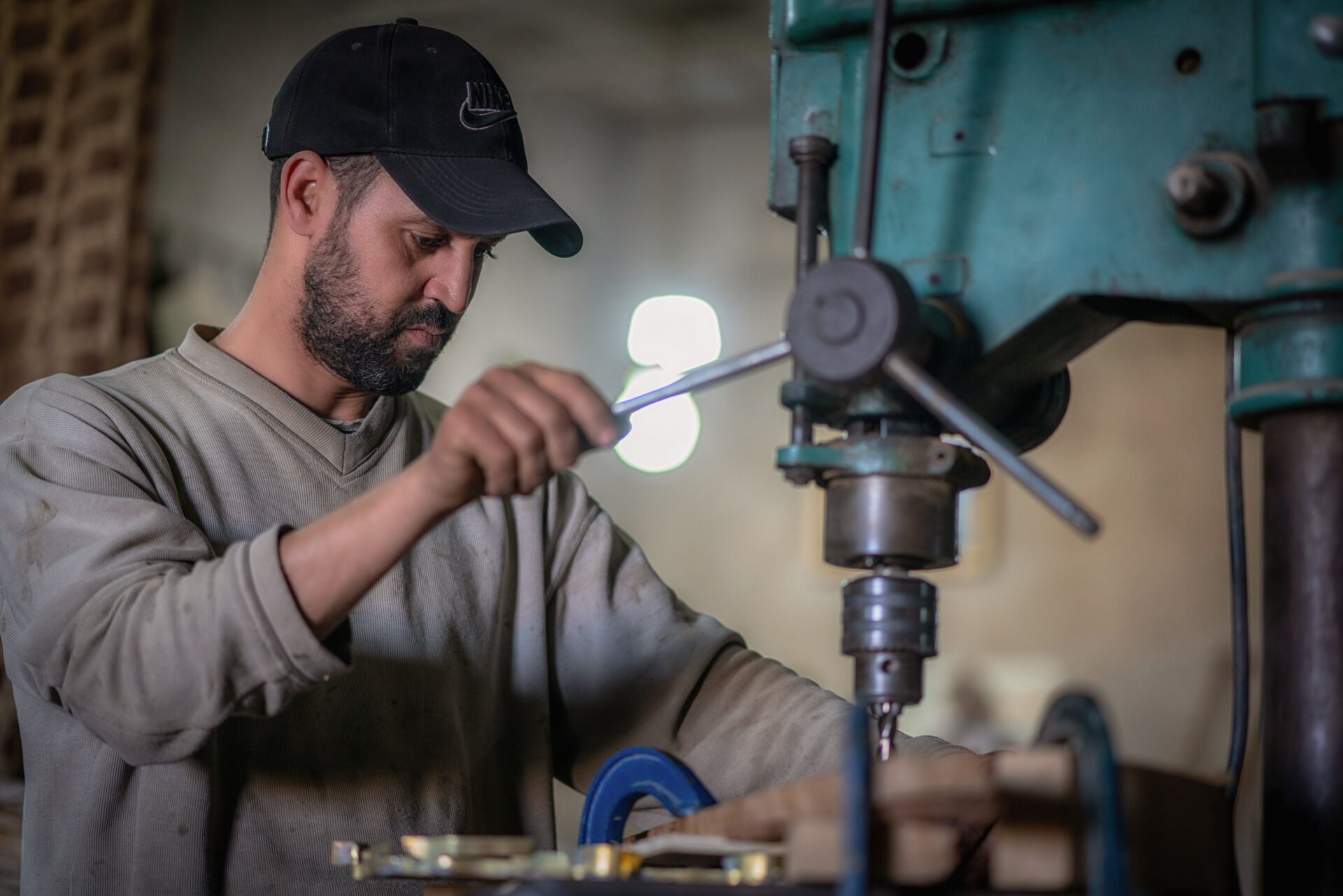