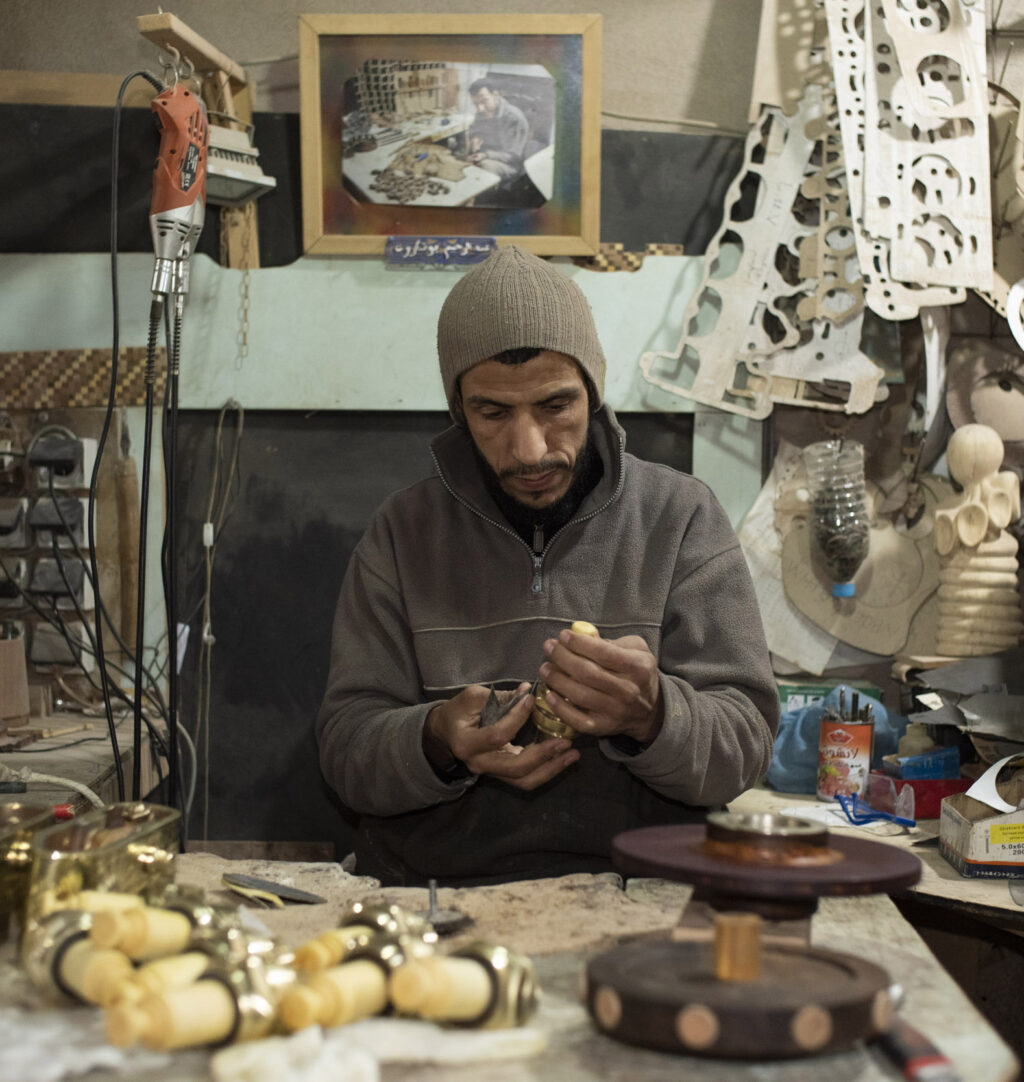 The older brother of Abdelghafour, Abderrahim was born in 1976 in Sidi Abdellah Ghiat (Marrakesh) and has three children. He left school upon reaching his fourth primary school year after meeting with Dragon, who accepted him as an apprentice in wood carving. He cherishes craft and working with wood is his life. After five years learning from Maalem Abdelkhadere he decided to establish his own workshop in the medina of Marrakesh, but he was struggling with competition and found it hard to enjoy his passion. He eventually gave up and started selling imported clothing in the souk.

He joined Fenduq in 2014 when Eric van Hove called him following on Dragon’s recommendations. Joining his former maalem and his brother in the team has reunited him with his true love, further develop his skills as a sculptor and brought him a lot of pride when seeing their work getting recognition abroad and locally. His hope is to enter in a gallery one day in his own name. 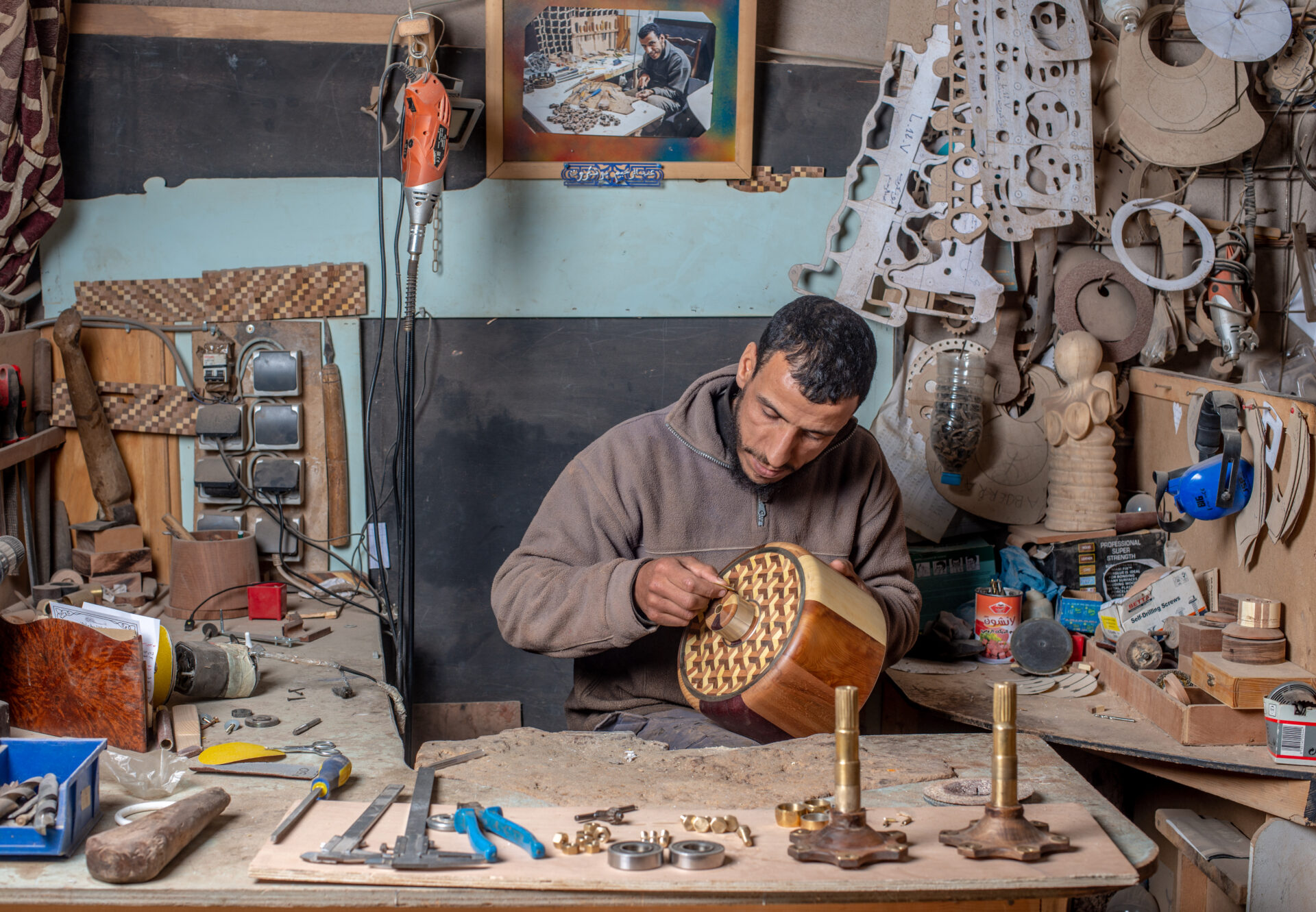