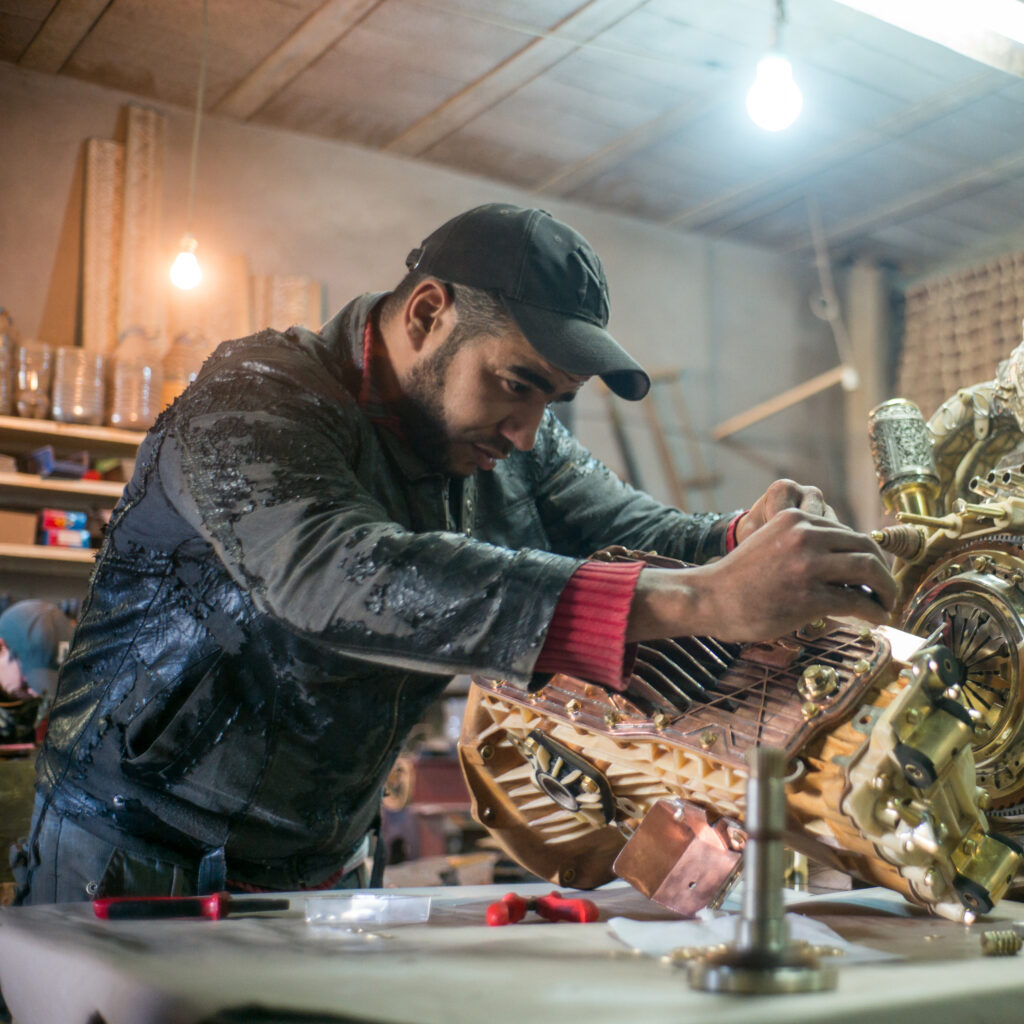 Mustapha was born in Bab Dbagh in Marrakesh in 1983. He left school upon reaching his third primary education year as he had to find work to provide for his family. He first job was to polish copper for three years under the guidance of his first master Maalem Hajj Mehdi. He then worked under Maalem Hajj Bouchaib for four years where he learned goldsmithtry before being called by Maalem Hajj Kabour where he worked for twelve years and became a master himself. He joined Fenduq in 2014. He believes that from that point onward many things evolved in his way of working from being exposed to art: there was more love, and the meaning and value given to his trade expanded, which had the effect of getting him more confident and interested in day to day challenges. It became less about quantity and more about quality.

Mustapha is a passionate sportsman and an accomplished kickboxer. He trains kids in the neighborhood and his hope is to manage to get his own club at some point. 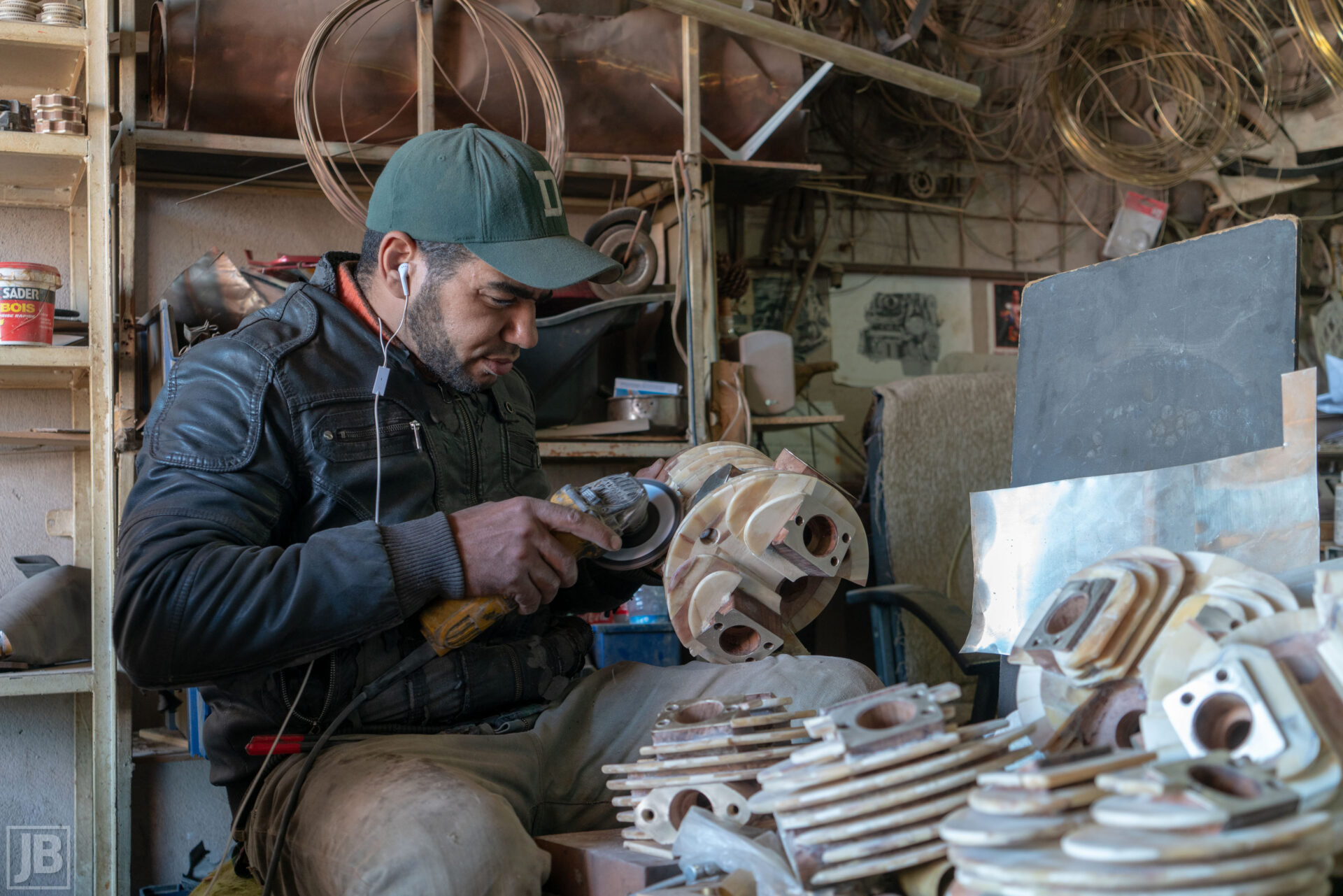