The last ten years Morocco has brought about a major transition towards renewable energy. Two important projects towards a zero-carbon industry are the installation of the largest solar panel fields in Africa (Noor Power plant) and the COP22 held in Marrakech in 2016. The country aims to provide nearly half its national consumption with solar energy by 2030.

The Mahjouba Initiative reflects on Eric van Hove’s hope to connect local craftsmen (20% of the active Moroccan workforce, 8,6% of the country’s GNI) to the electric engine revolution while creating a community-developed consumer end product: an electric motorbike for the local market using mainly craft materials and skills, combined with 3D-printing. Bringing a sustainable and meaningful market to craft in 21st post-Fordist century Africa must be done through the middle-class consumption of modern, useful goods. Artistic and creative emancipation, alternative manufacturing, as well as social and economic sustainability are core aspects of this endeavor.

Alongside this reverse-engineered item that is the motorbike, the Initiative seek to propose an experimental decentralized socio-economic model hybridizing the Western capitalist system and the local African made-to-order manufacturing and souk/distribution approach. To create a thought-provoking model, the artist believes in collective intelligence: on-going think-tanks are organized where 30 to 40 guests (artists, students, economists, scholars, engineers, etc.) brainstorm and improve a consistent model which will be tested via a Pilot in 2021, alongside a long-feature film and a publication.

Here is an artist statement sent to the participants of the Third Mahjouba Think-Tank hosted by the Linnaeus University and Museum Vandalorum in Sweden in January 2021:

Aiming to reach the “Total artwork” (Gesamtkunstwerk) has always be core to my approach as an artist, and that implied looking therefore at what a “medium” in the artistic sense could evolve to become in the 21st century, beyond the post-modern era. This led me to look at any system as a potential medium for art and Mahjouba is probably the closest I have got to it so far. Consider the Readymade: a profane item from everyday life that is being “elevated” to the sacred status of an artwork; then, imagine an artist proposing to mass-produce readymades for the consumer market: that sums up what Mahjouba might be. La loop being closed: reversed animism.

Think of it as a circle: we started with a Chinese industrial consumer item and over several prototypes transfigured it with the craft legacy into an artwork (phase 1). Now, with your help, we are about to return to the consumer item and close the loop (phase 2). While the terminology used in the two earlier think-tanks was related to the art “decolonizing, ethno-commodity, living art,…”, the terminology we will start using now will relate to business: “market validation, business plan, economies of scale,…”. Cultural specialists among us will exit our comfort zone, while business managers will enter in theirs, but in this transition all know-how is essential.

The product, an electric motorbike reverse-engineered from the techniques and materials available in the Moroccan craft sector, is ready. It’s anticipated, partly decentralized, mode of production aims to combine two seemly incompatible approach to producing goods: the mechanized/industrial manufacturing model pertaining to formal economy (Yuval Harari reconceptualized the dichotomy for the 21st Century in terms of the rich who invest to re-invest, and the remainder who go into debt in order to consume for the benefit of the owners of the means of production) and the pre-mechanized guild manufacturing model pertaining to informal economy that somehow predates it. Each component of the moped is attached to either of these two models, while a few shall possibly be made using 3D printing.

That is to say, Mahjouba aims to combine these two methods, to hybridized them literally, in order to create a Socialist mode of production (the mode of production which Marx considered shall succeed the Capitalist mode of production) where the sole criterion for production is use-value, and individual compensation is representative of one’s contribution to the social product (total output of the economy) in terms of effort, labor and productivity. (…) Eric Van Hove, Marrakesh, 29th September 2020

Many collaborating institutions and partners are involved in this ever-growing scheme.

Mahjouba I (first prototype) was nominated for best design of the Year at Design Museum London in 2017. 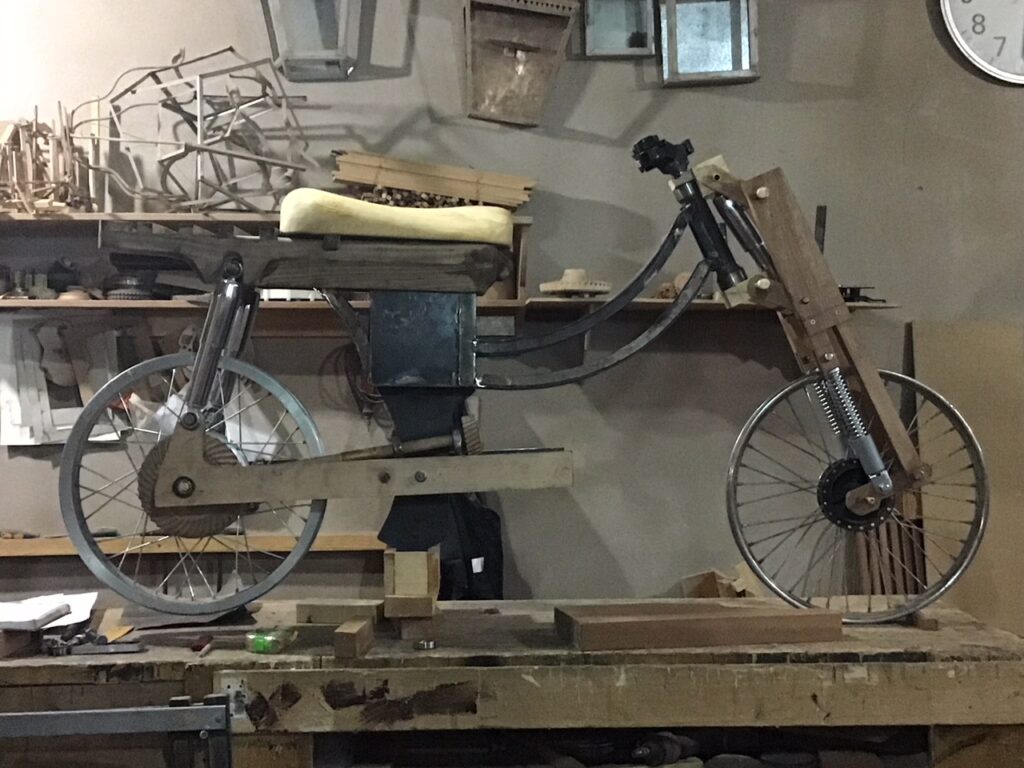 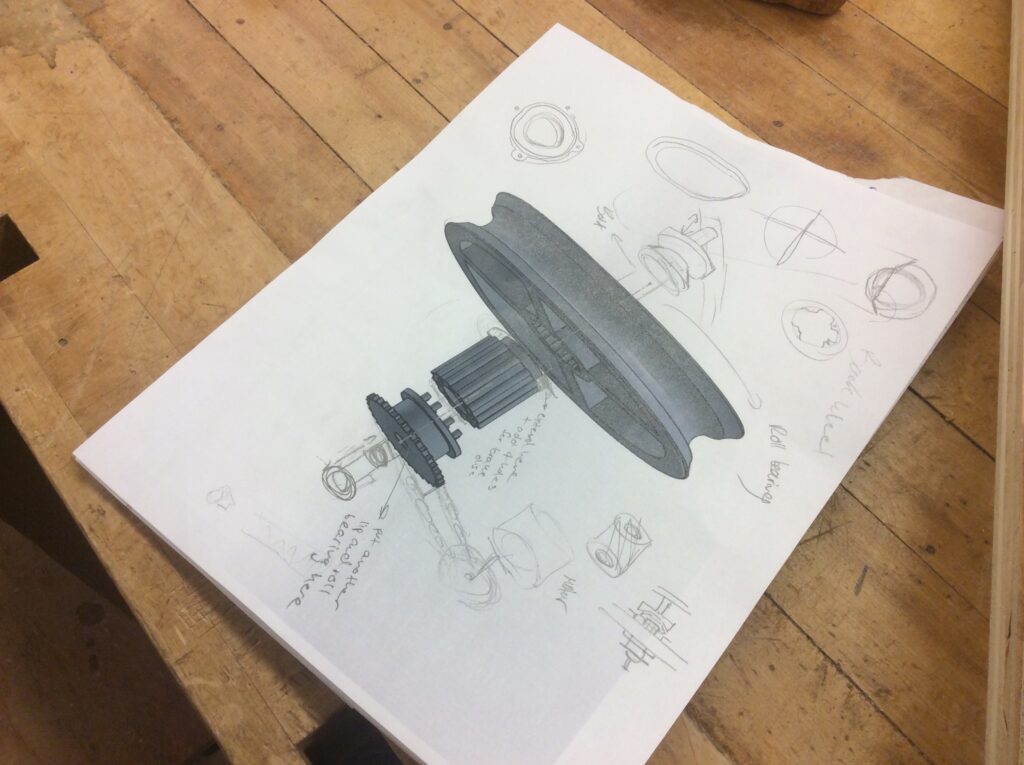 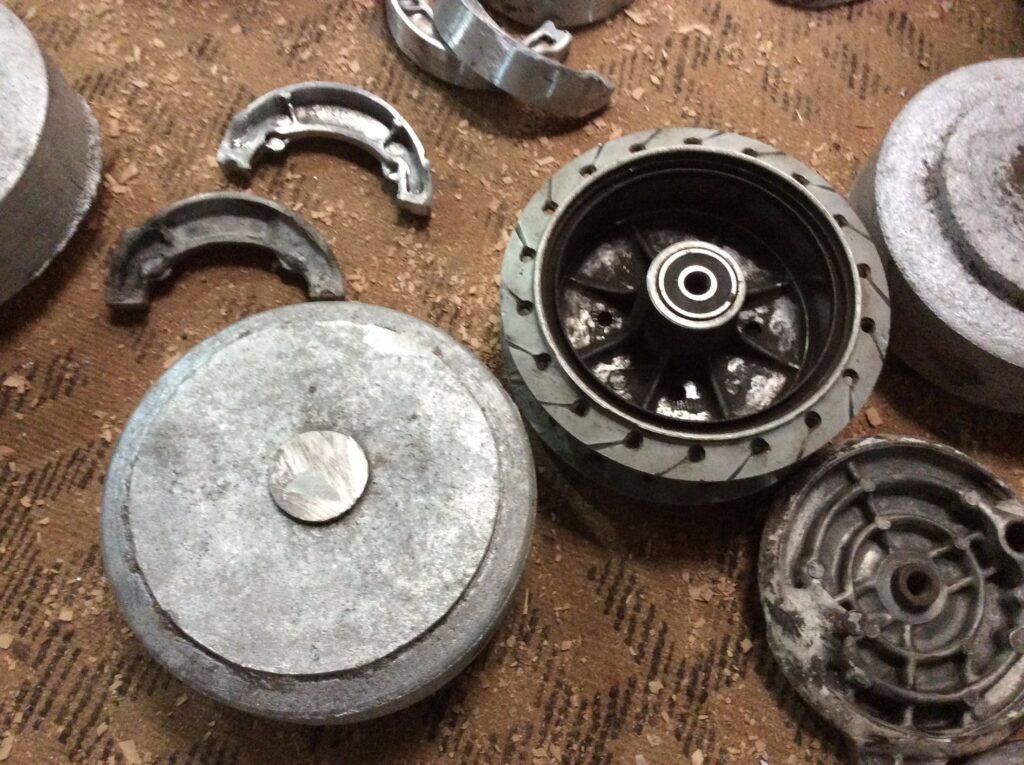 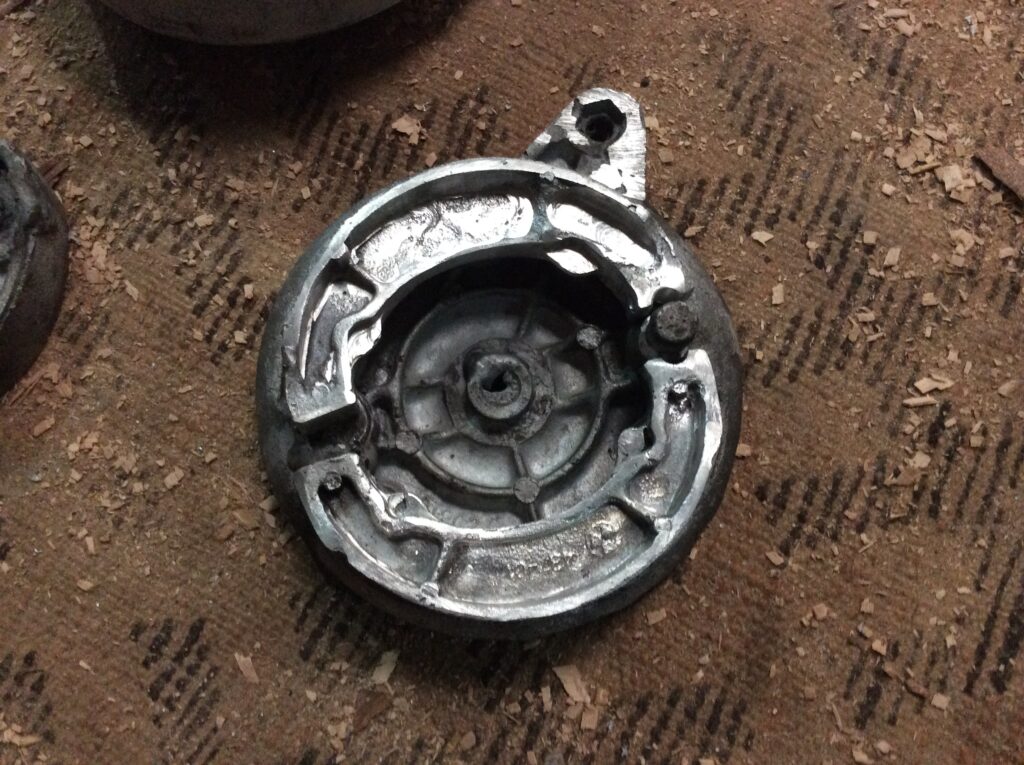 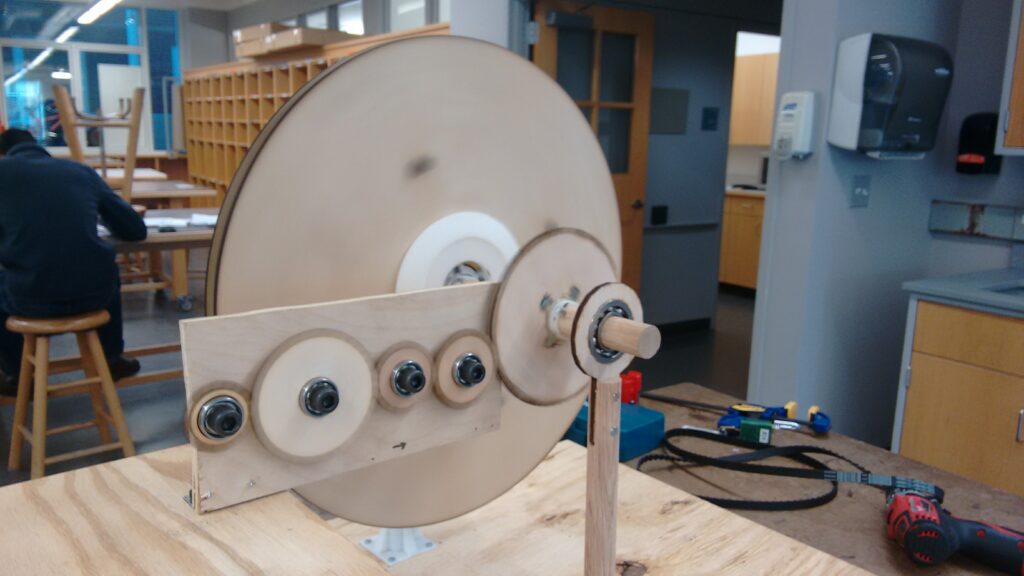 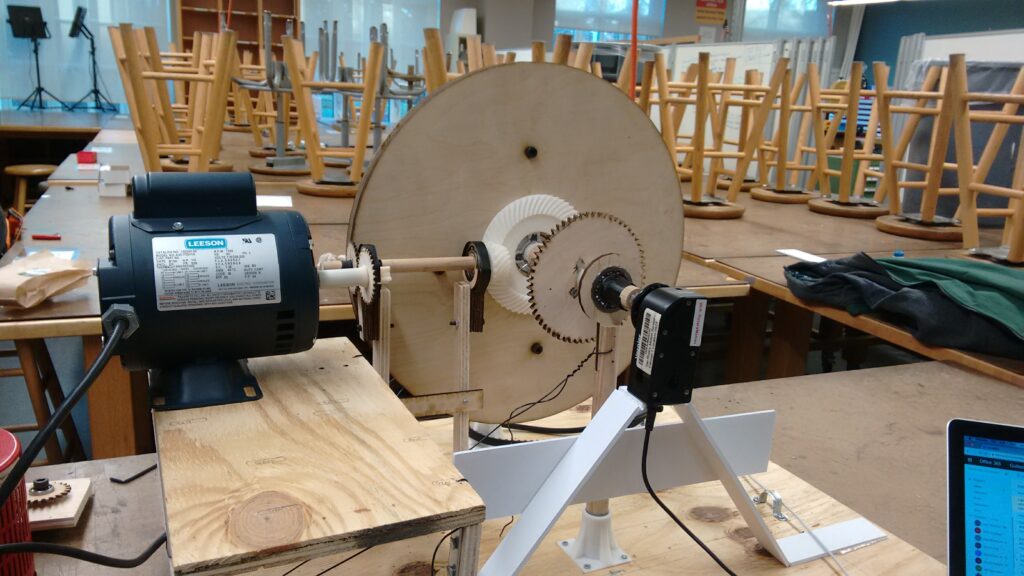 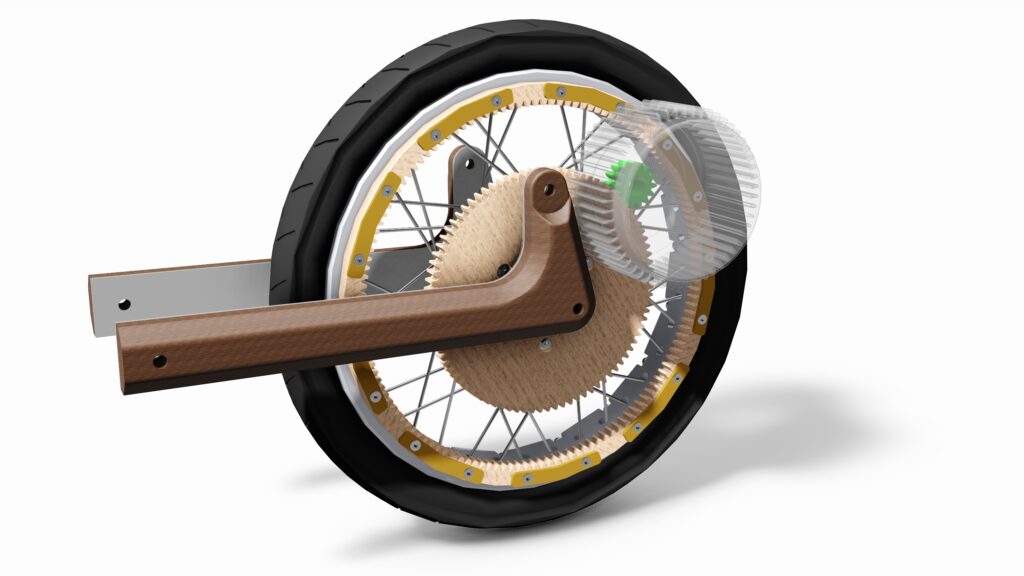 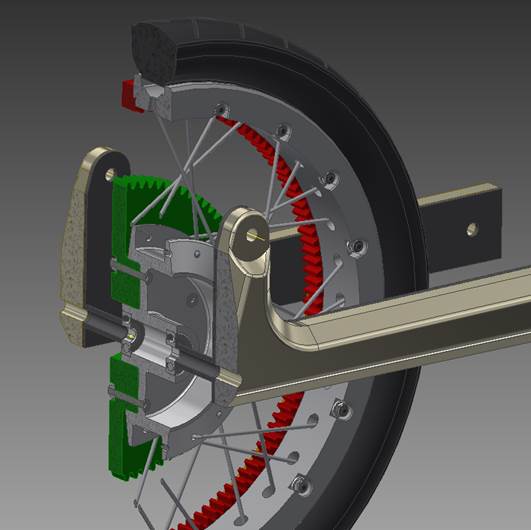 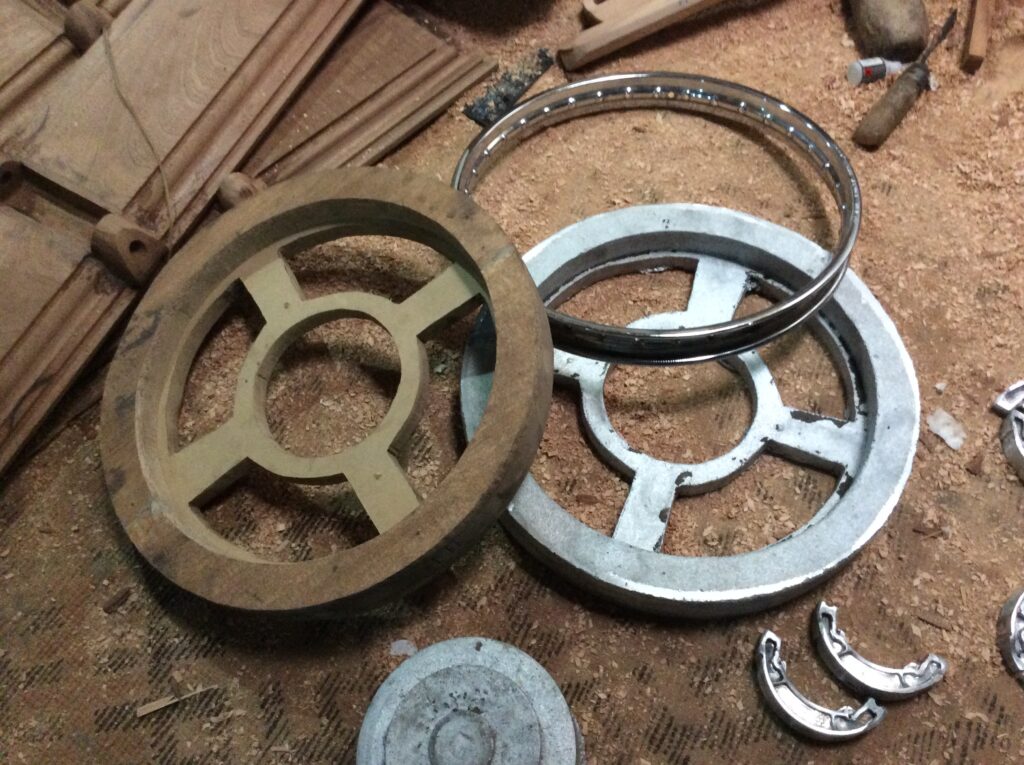 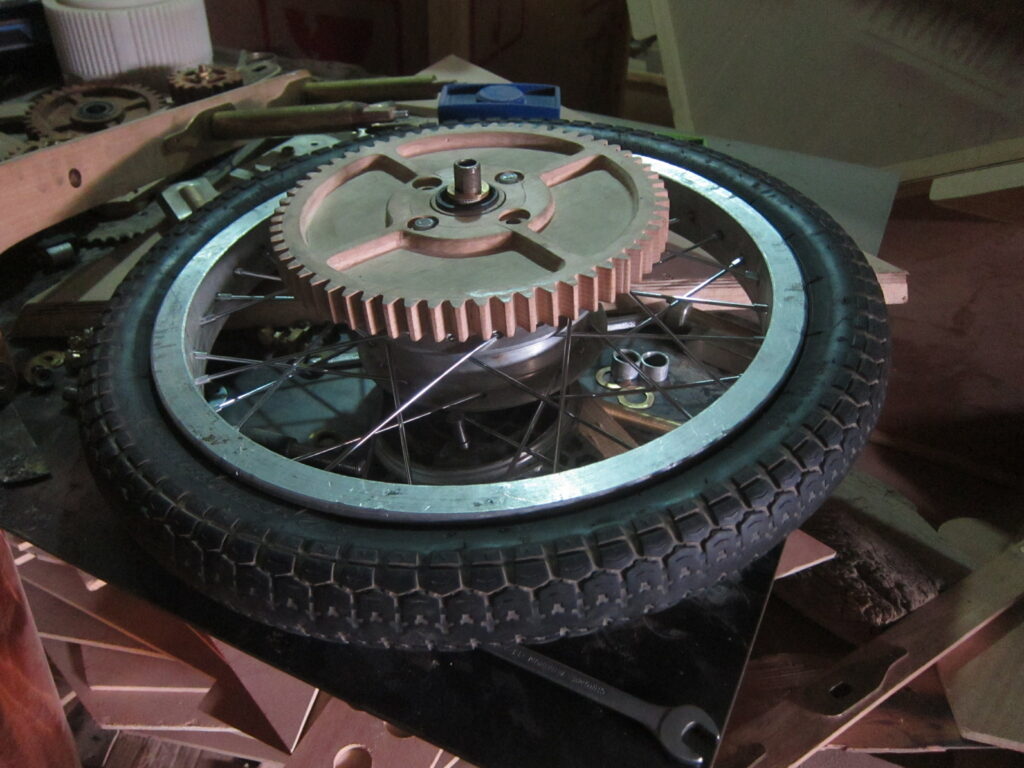 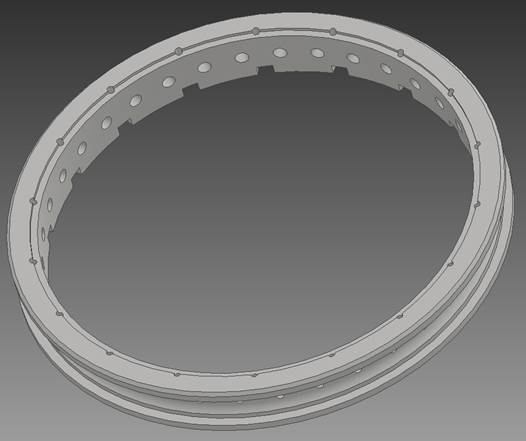 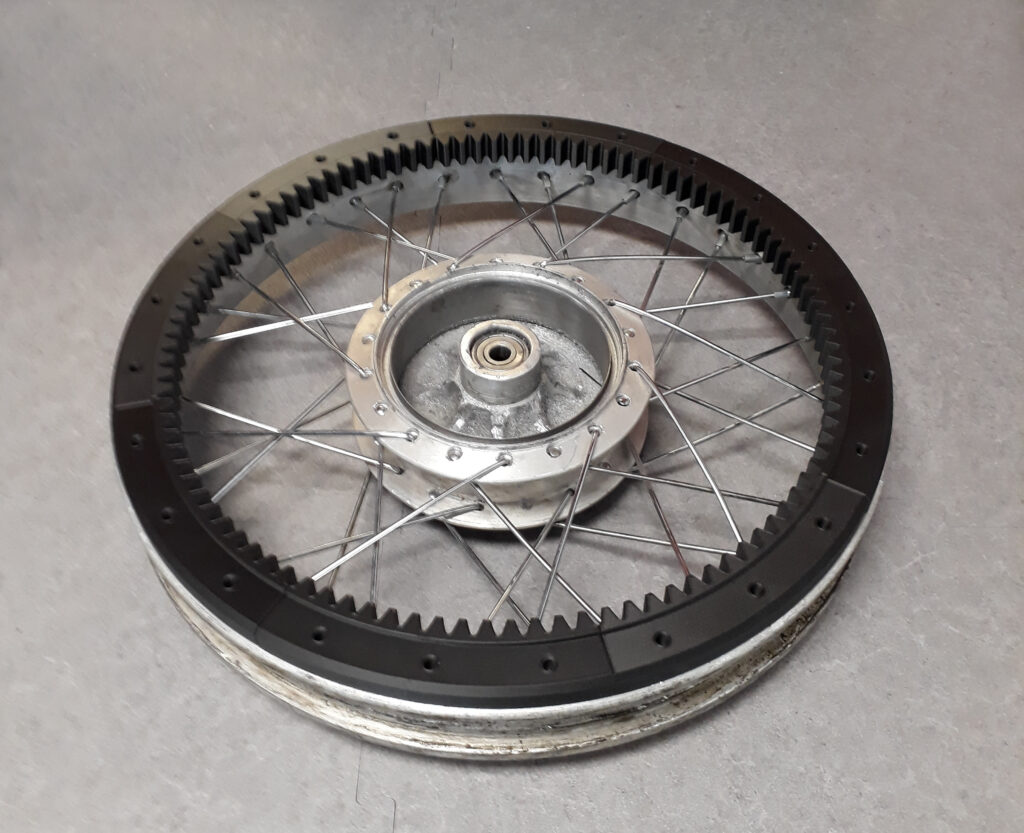 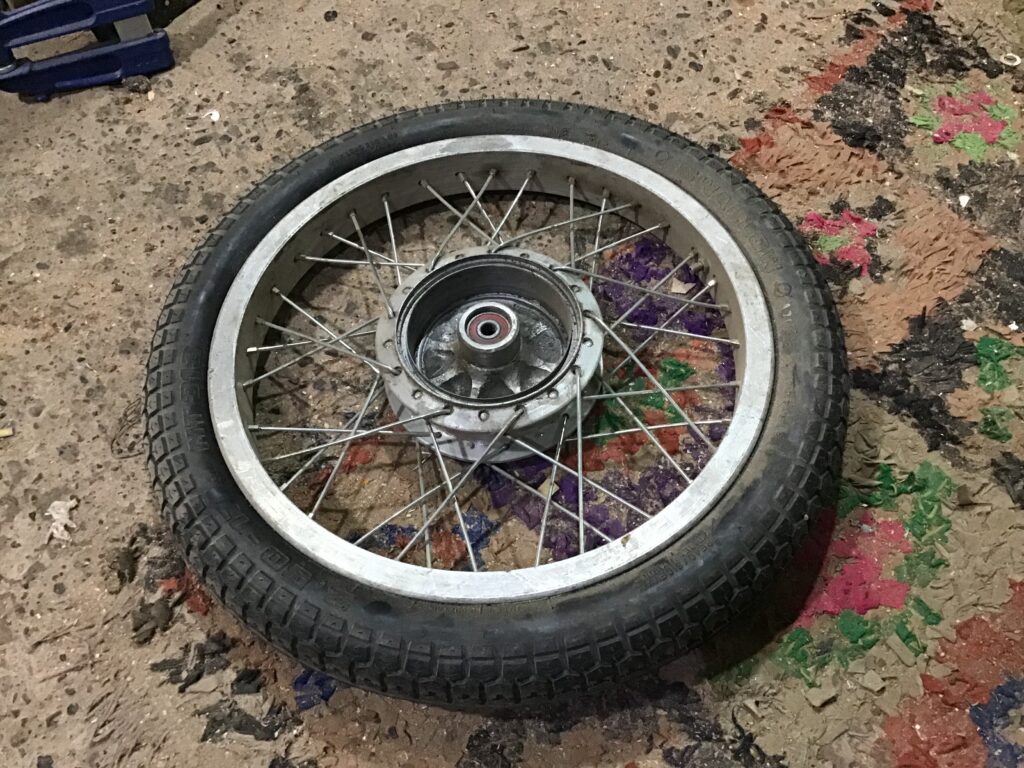 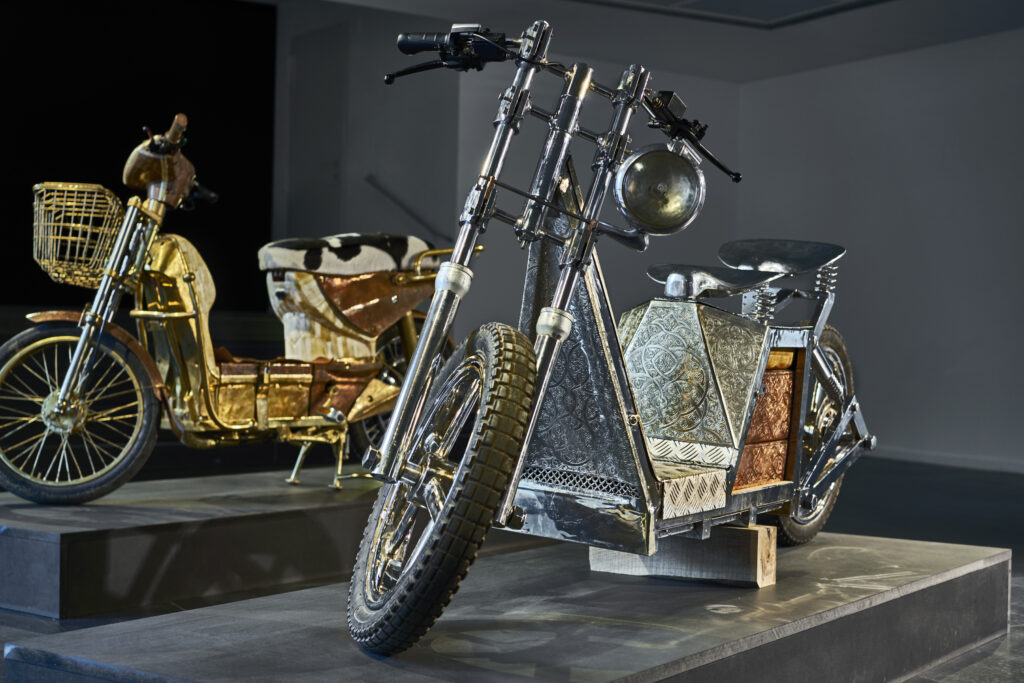 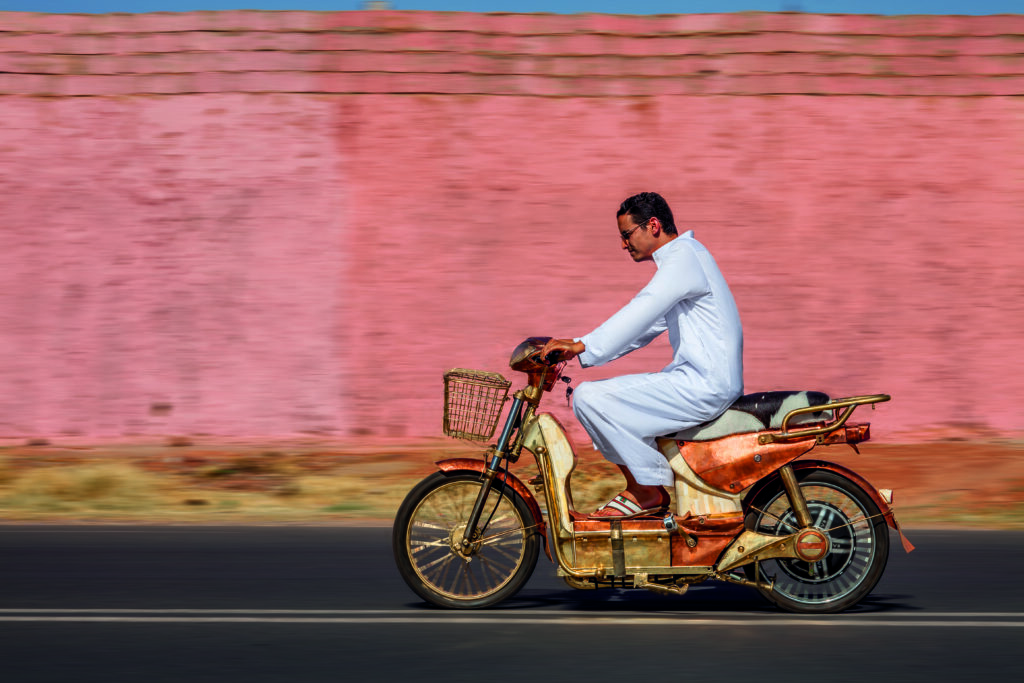 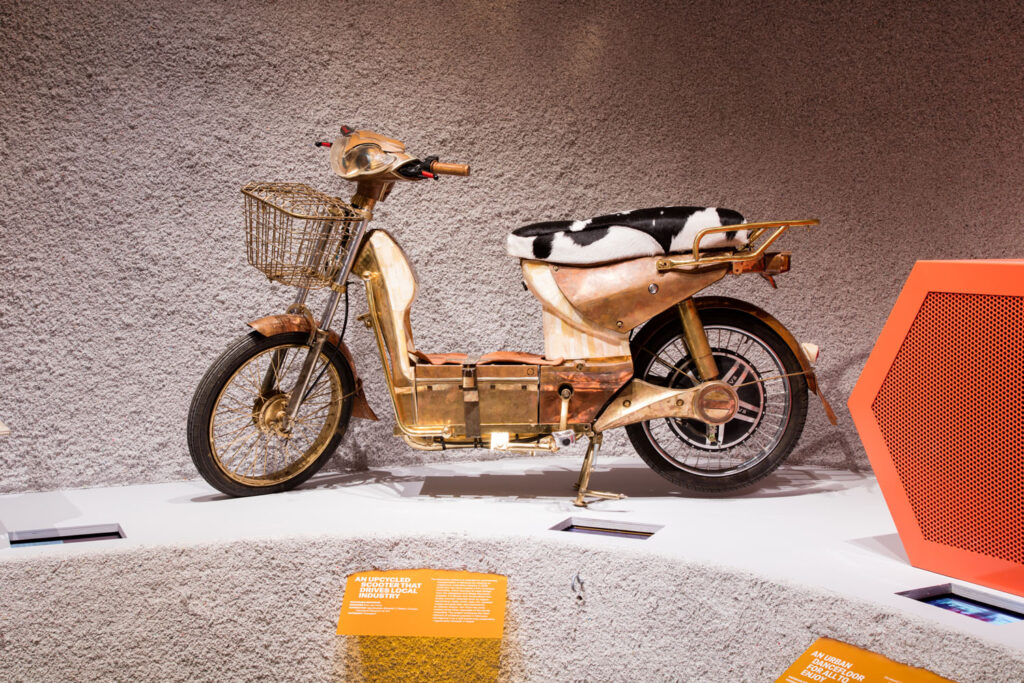 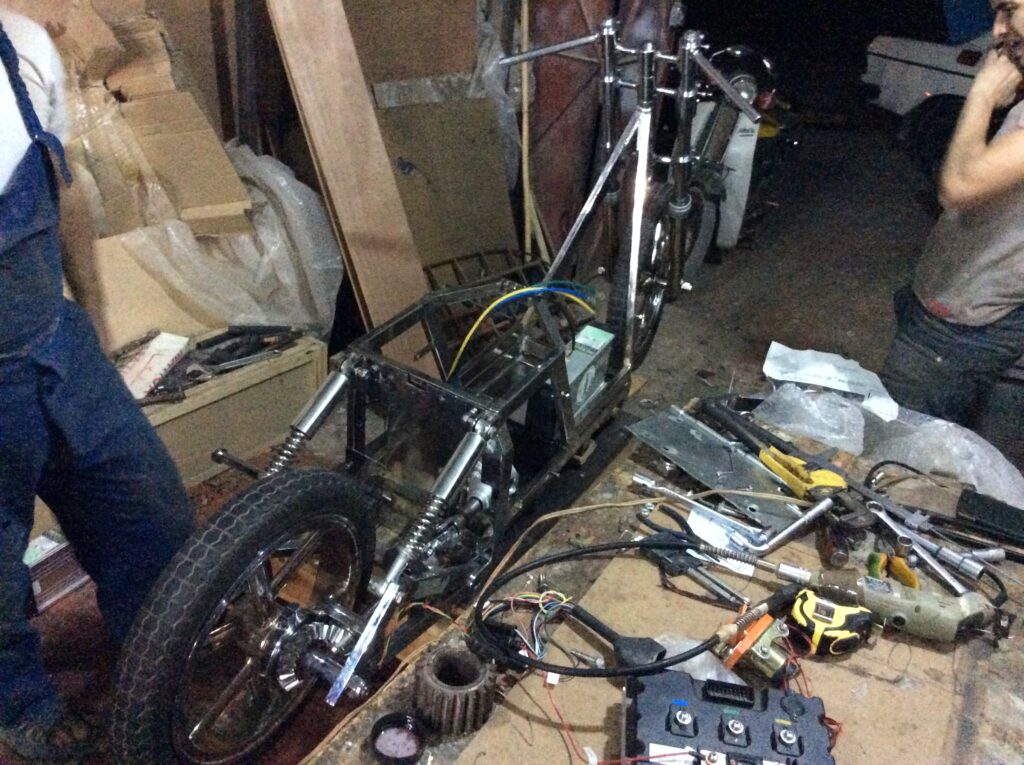 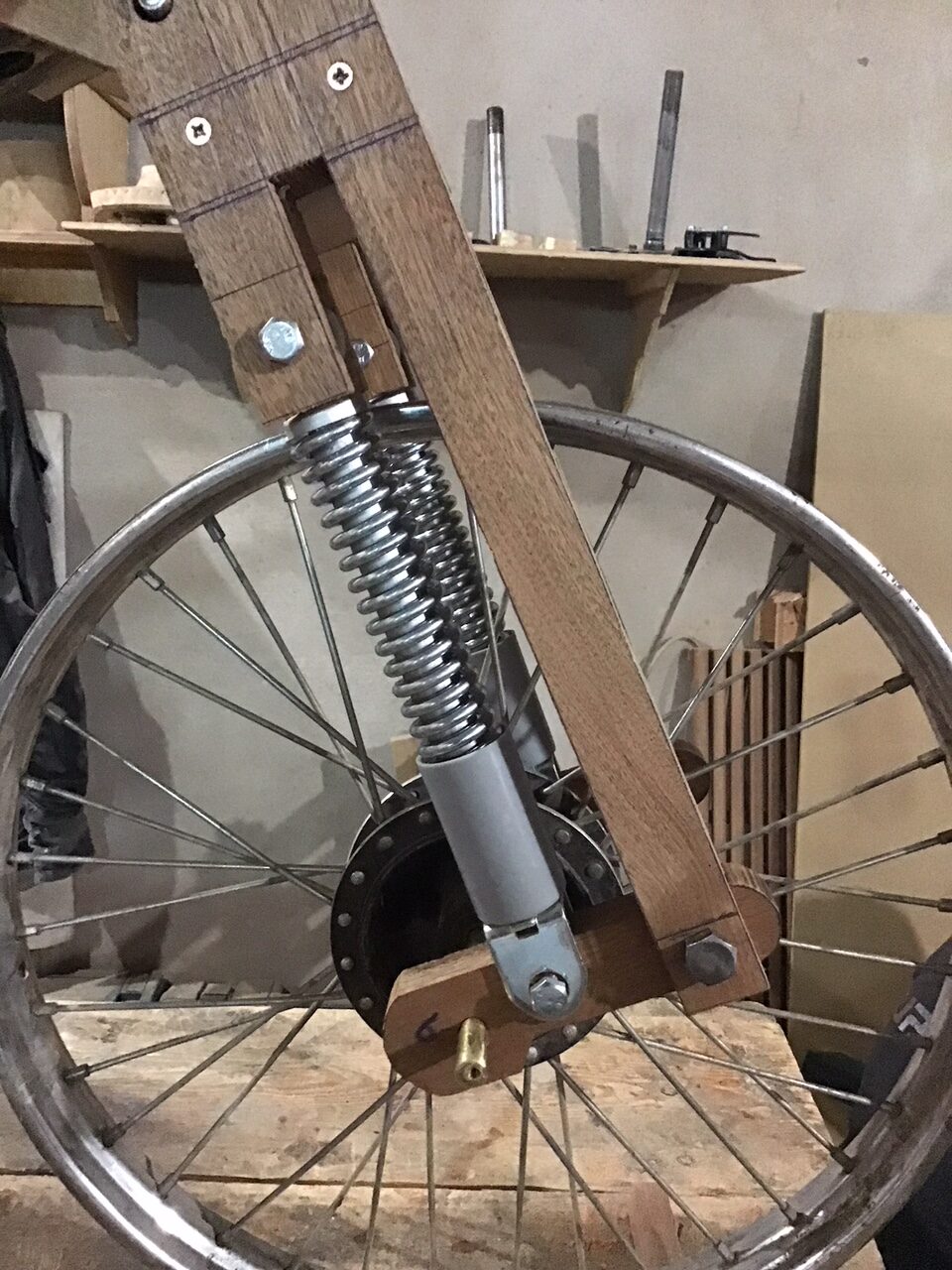 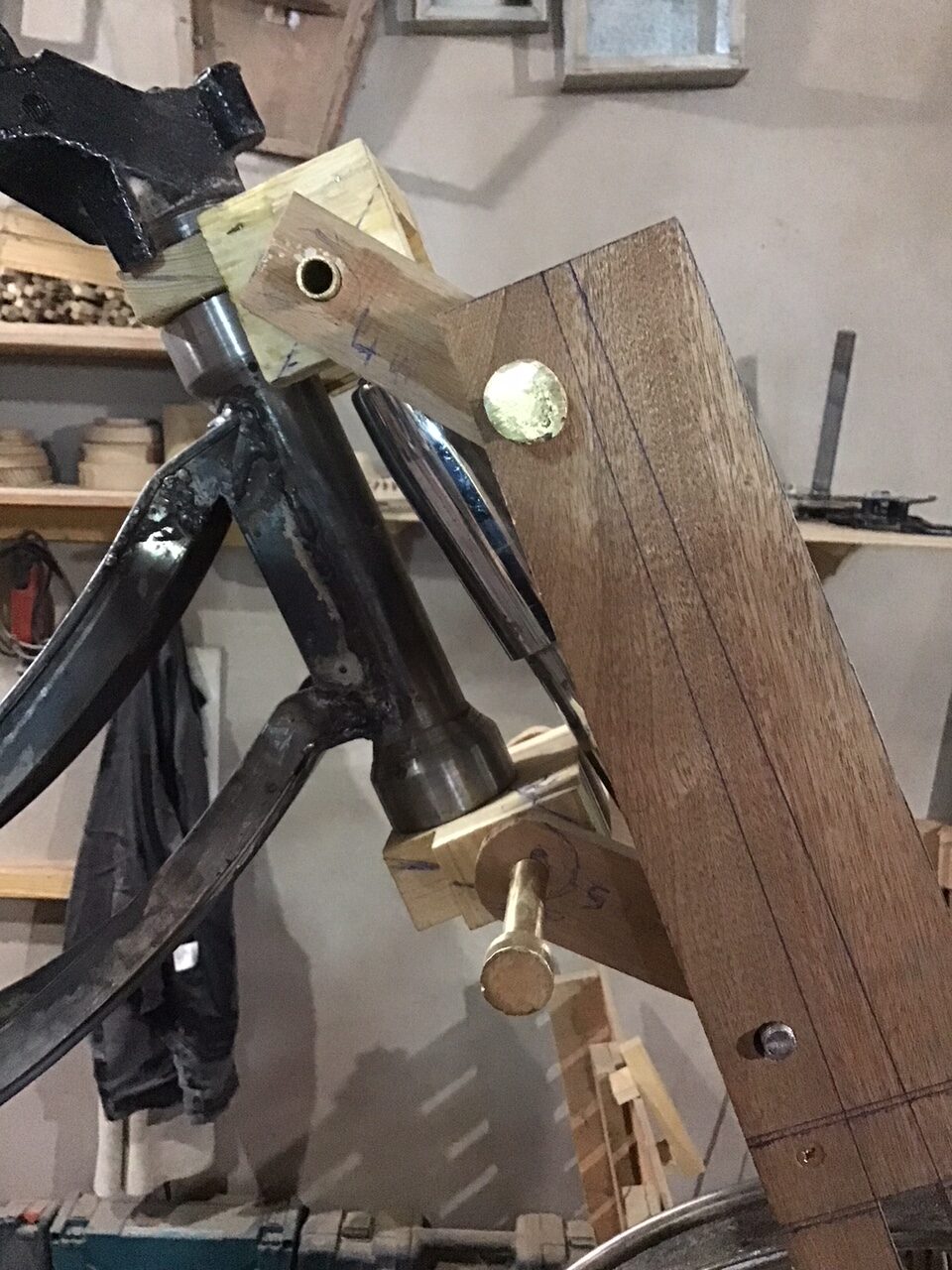 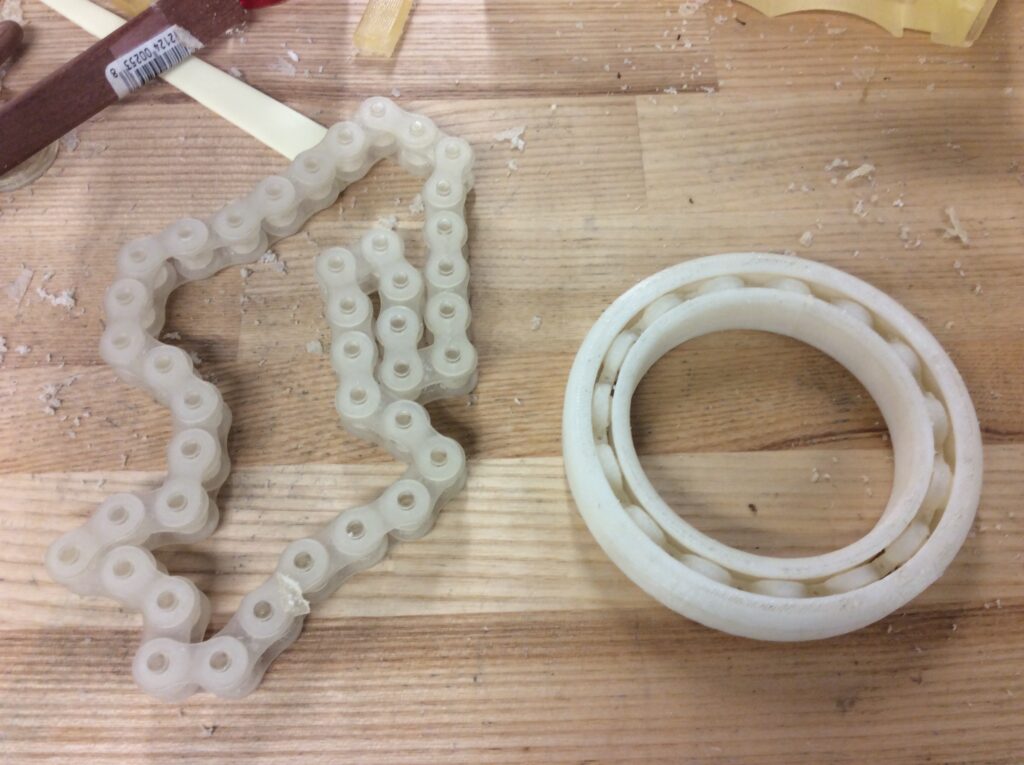 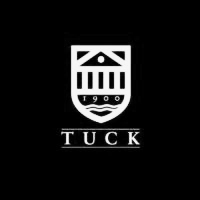 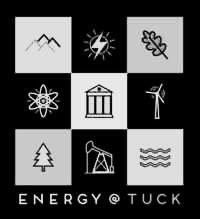 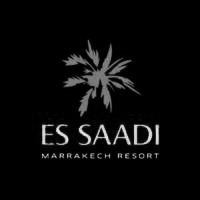 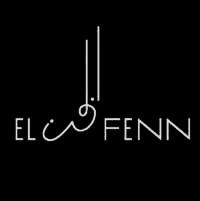 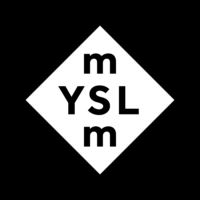 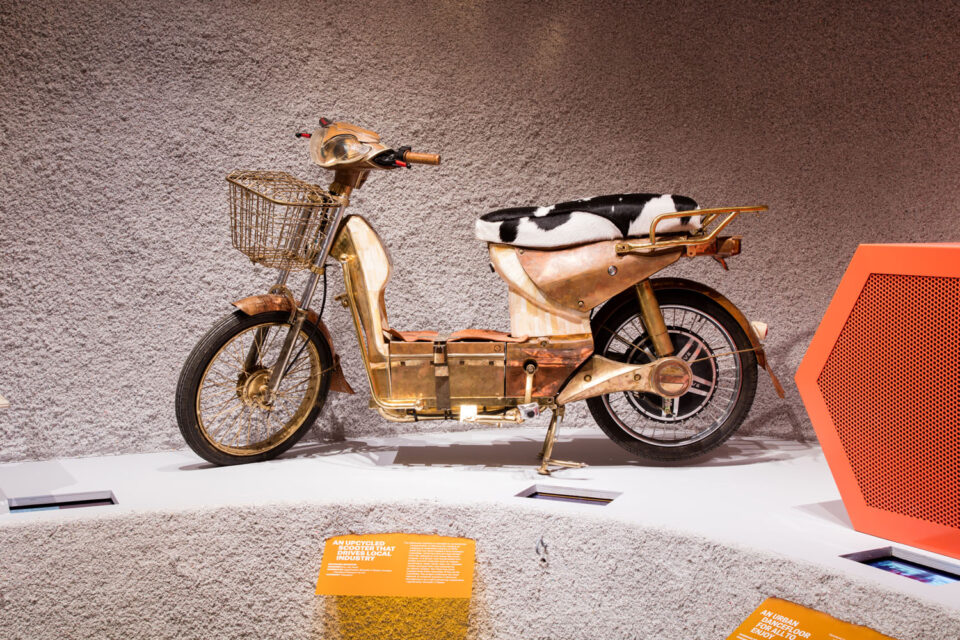 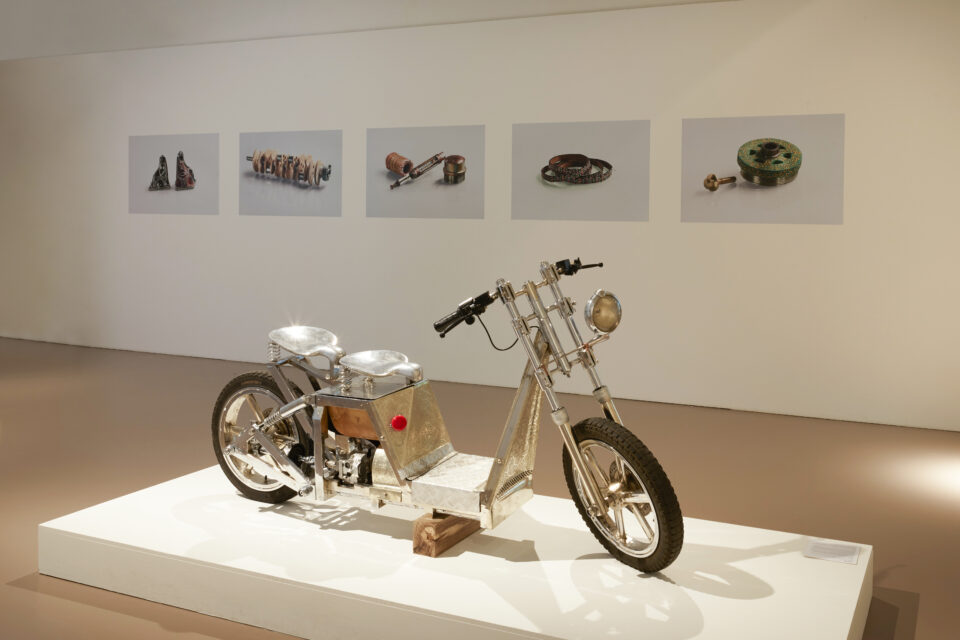 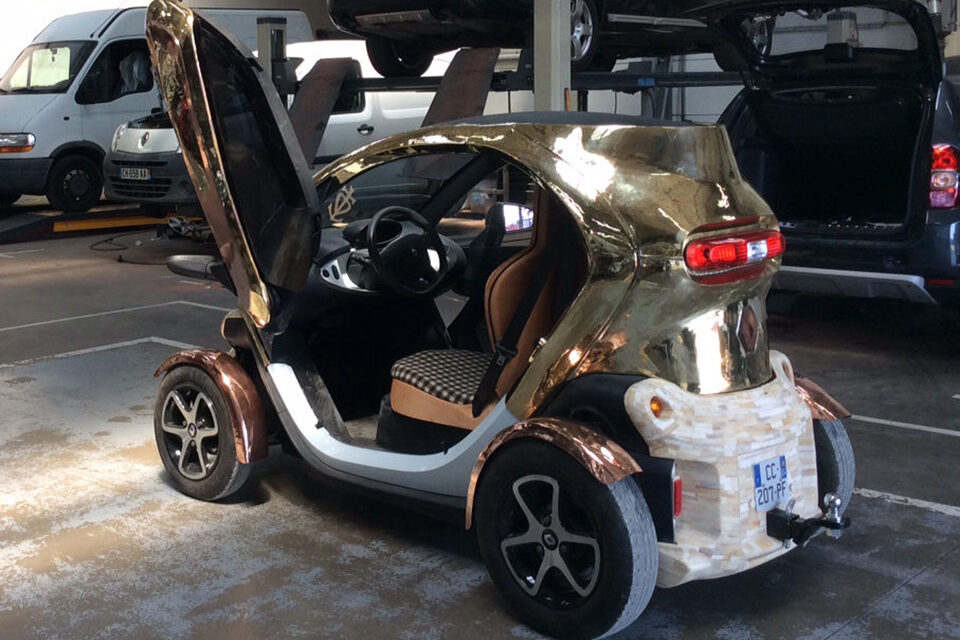 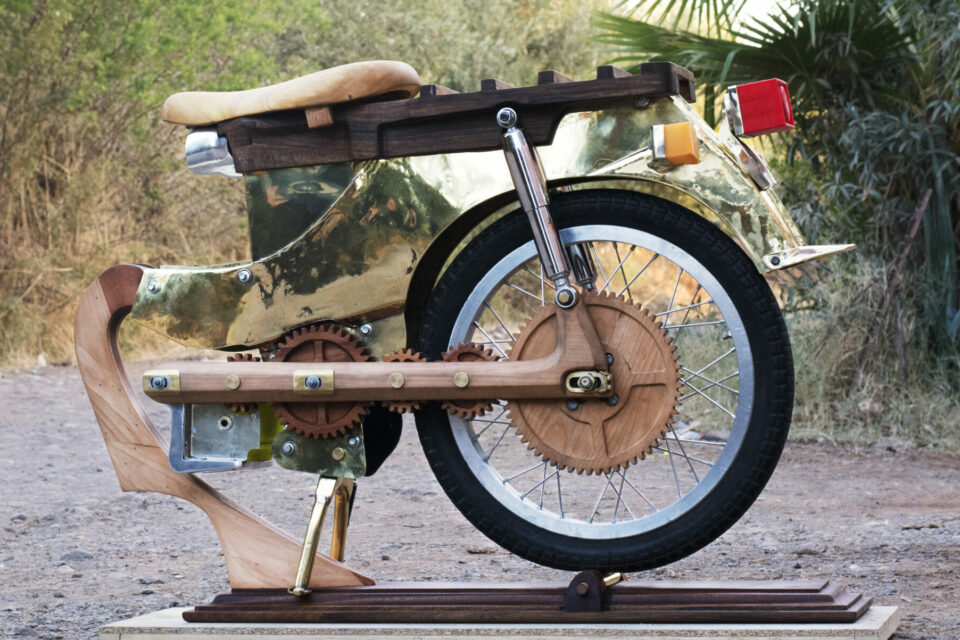