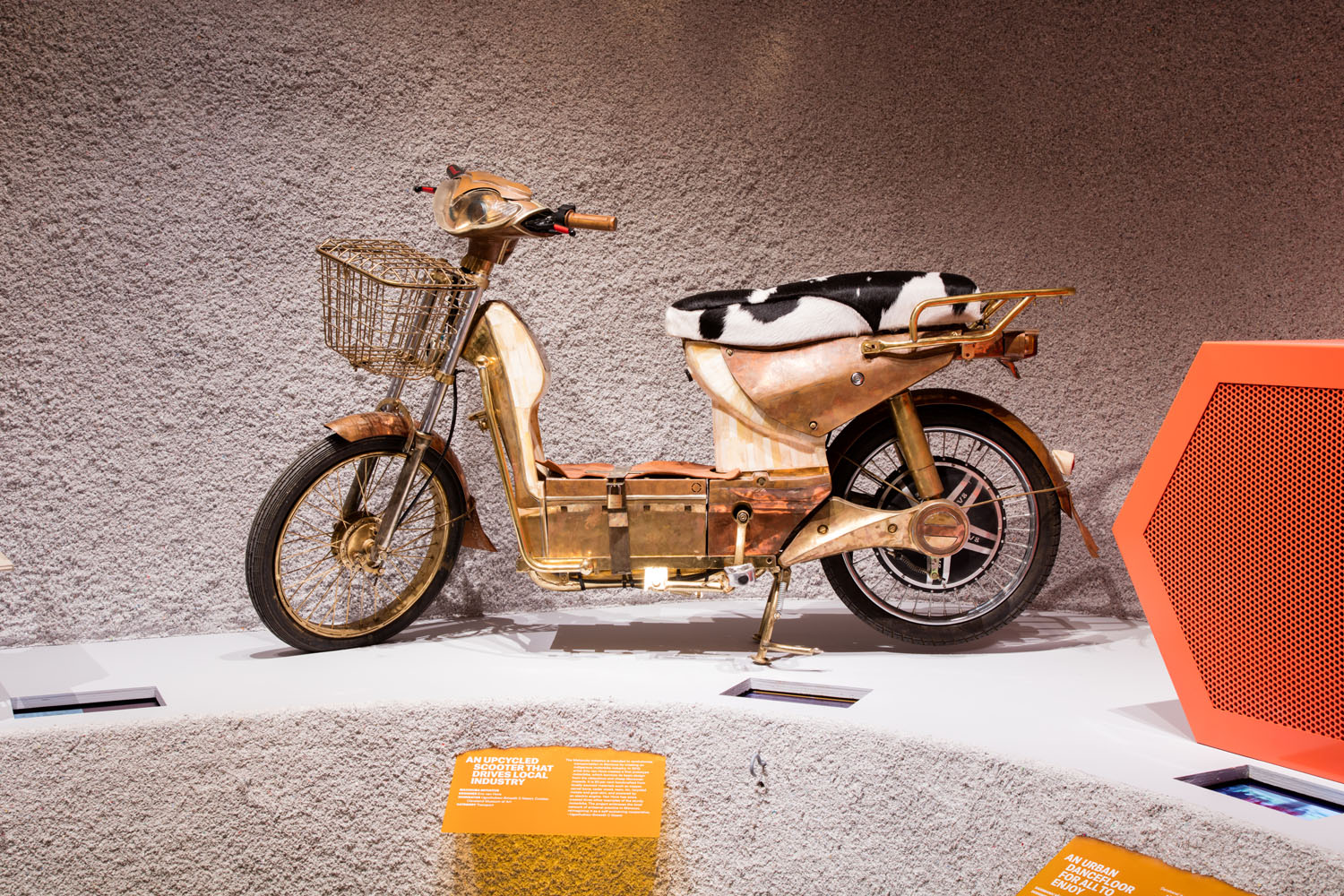 Mahjouba I is the first of a series of prototypes aiming at building an electric motorbike made primarily using African craft in combination with 3D printing for the Moroccan market. Specifically, the Mahjouba I prototype is a copy of the very badly designed (but rather cheap) “Be-Swag,” a Chinese electric moped that appeared on the Moroccan market in 2015. This recently imported Chinese moped is an electric copy of another Chinese fossil-fuel moped, the Docker C90, which is also imported to Morocco. The C90, which gained an awful reputation after a section of the Marrakesh hospital was named after it, is itself a Chinese copy of a great original Japanese moped called the Town Mate T50 Series.
Hence, this first prototype of an electric motorbike, called Mahjouba I (an old Arabic female name from the word Mahjoub, which means the veil put over sacredness) is a contemporary Moroccan crafted copy of a bad Chinese copy of an average Chinese copy of a good Japanese motorbike from the 1970s.

Context:
This sculpture/prototype is the first step of a three years phased project called the Mahjouba Initiative. It aims, via a succession of collective think-tanks in Belgium, Congo, Morocco and the United-States, to create a decentralised, relational and hybrid manufacturing system in Morocco to be used for large production of motorbikes mainly made by craftsmen for the local market. The project is based on two major context-specific aspects:

– Craftsmen represent 20 percent of the active workforce in Morocco, but their trade faces extinction if it doesn’t reintegrate meaningfully into national industry. These three million craftsmen are potentially the makers and the consumers of the craft-made (art work) motorbike I aim to manufacture and commercialize locally down the line.
– Morocco aims to have 42 percent of its energy consumption to be renewable by 2020, via solar energy (see Ouarzazate Noor Solar Power Station) 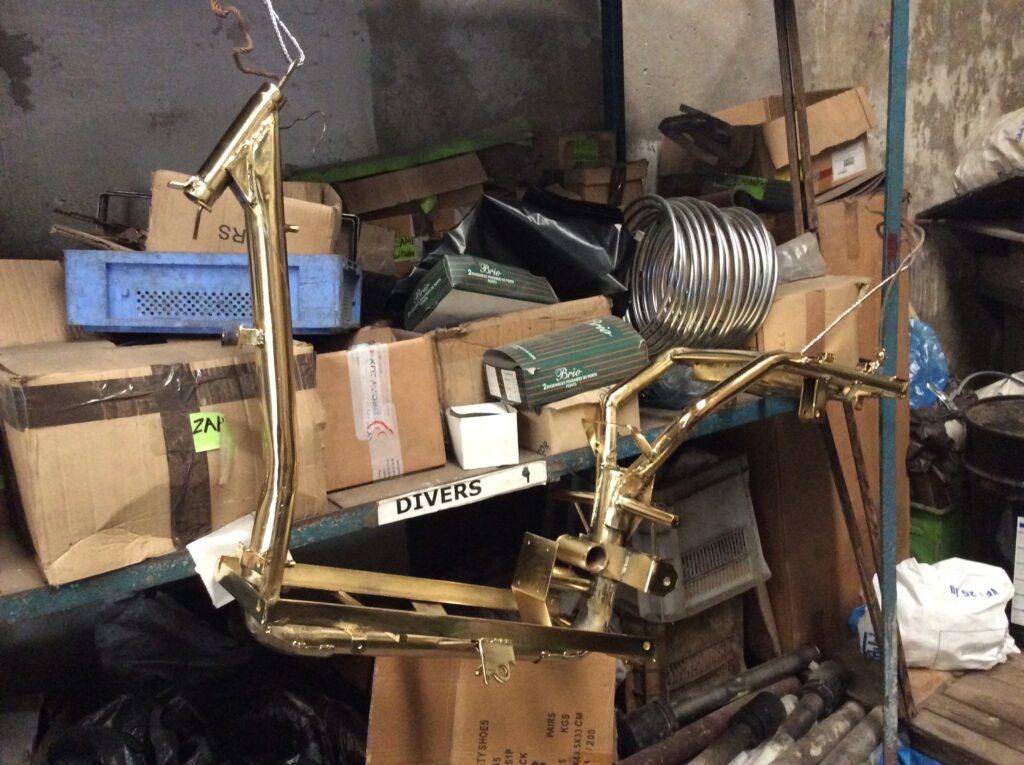 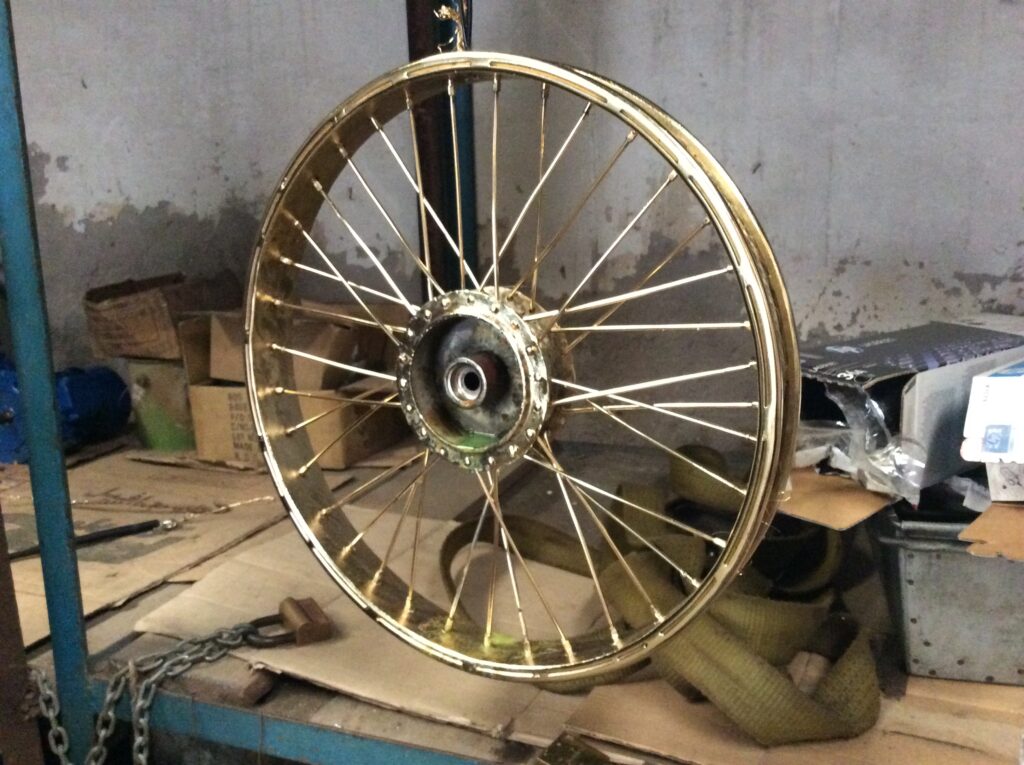 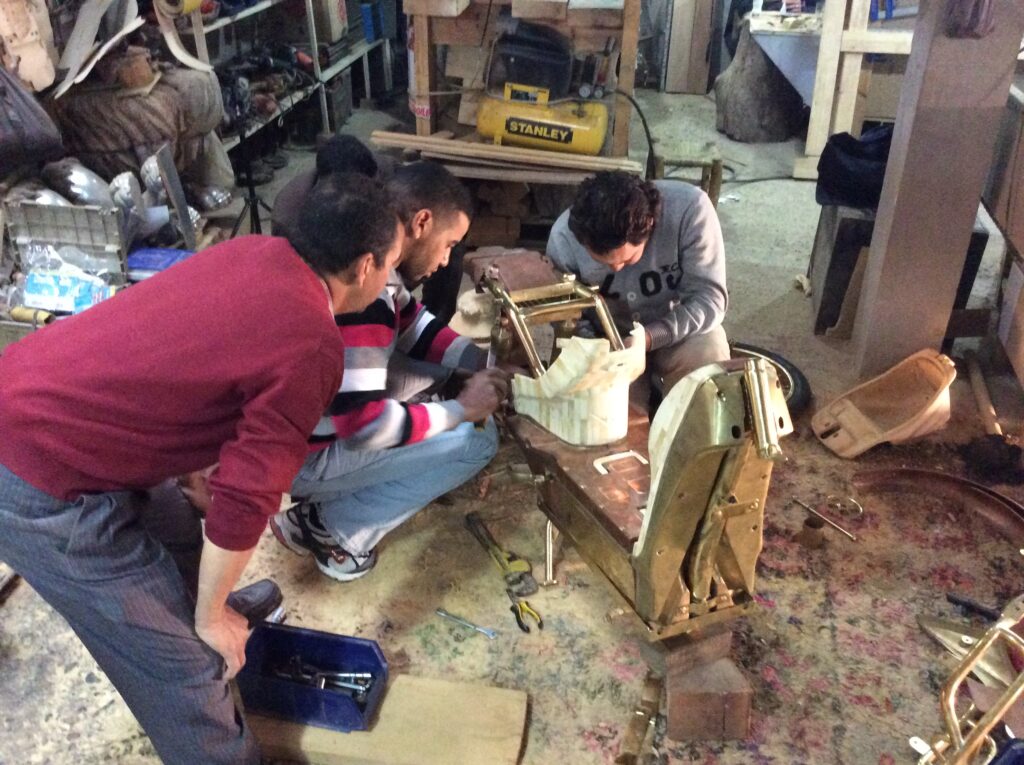 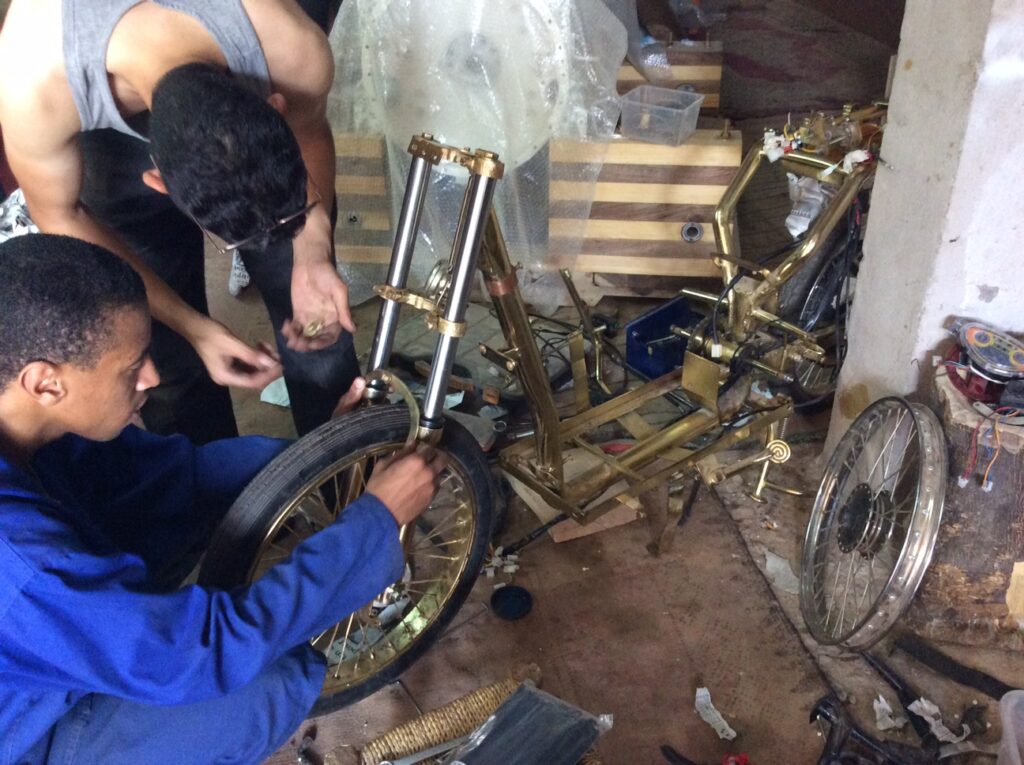 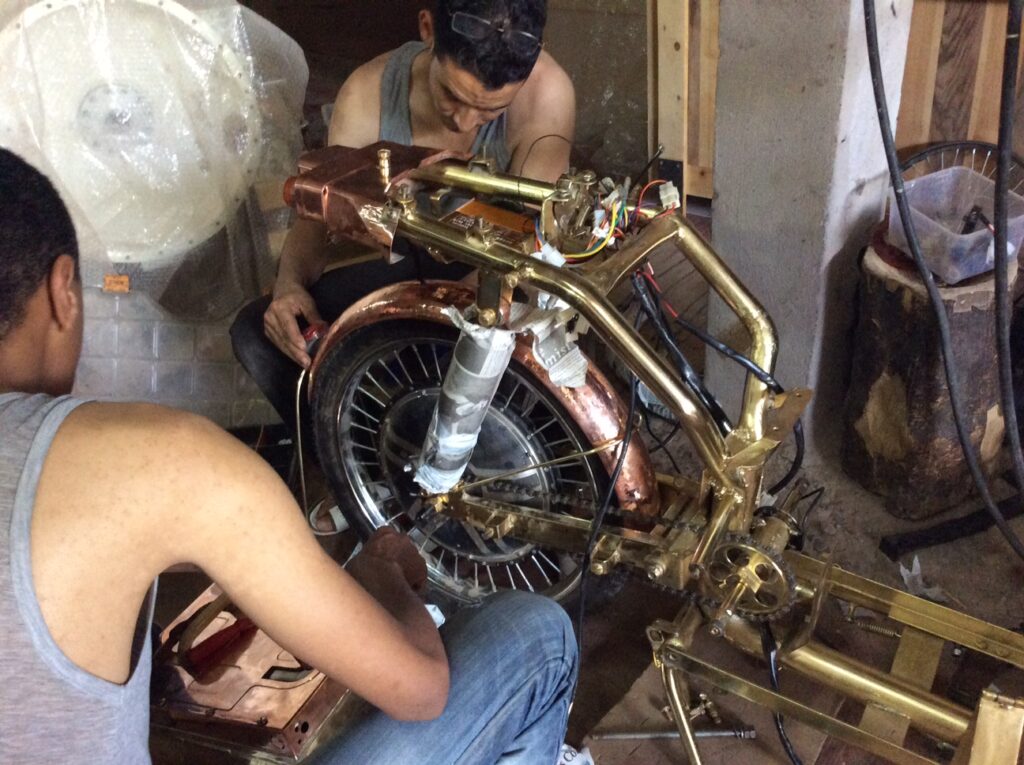 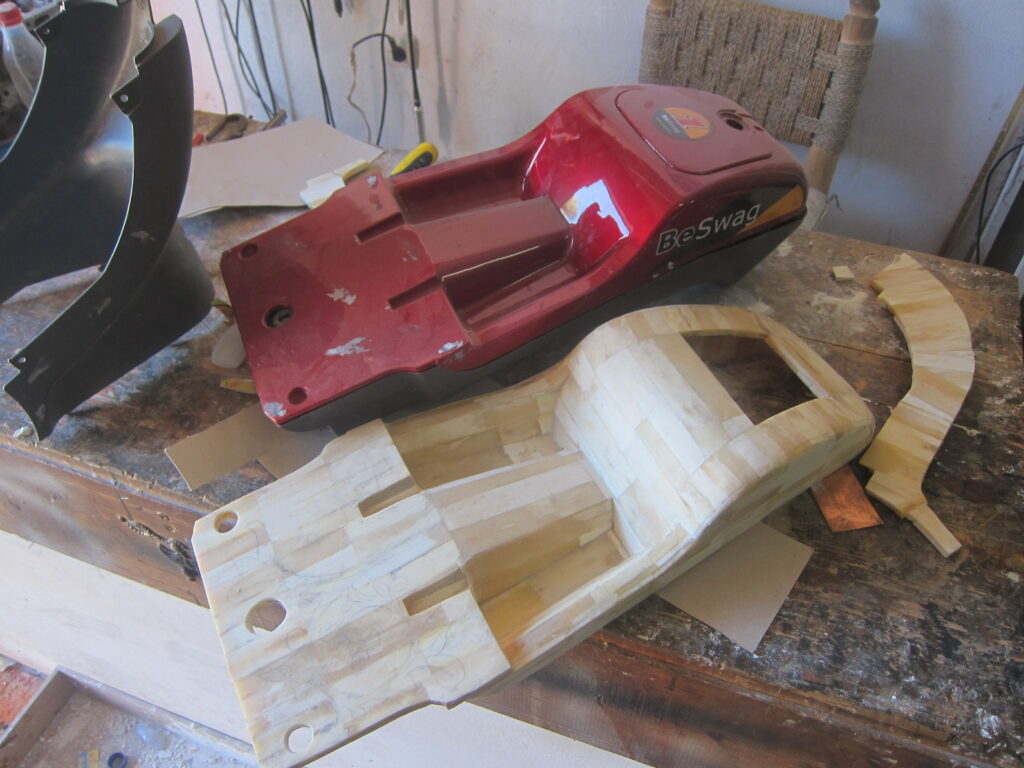 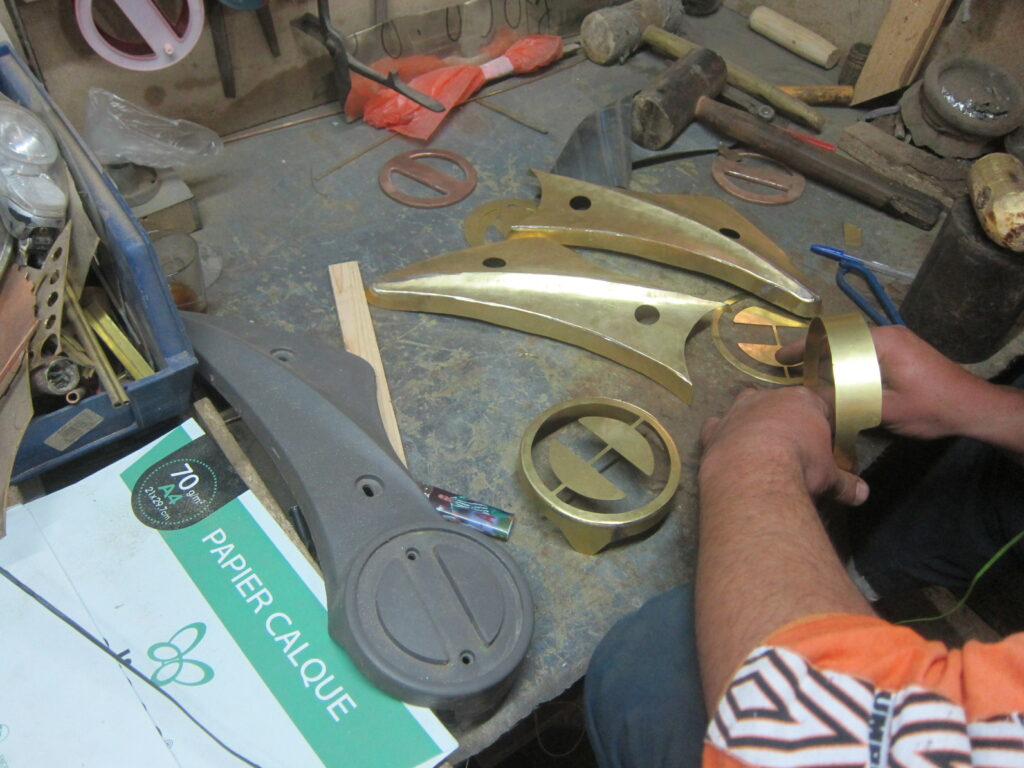 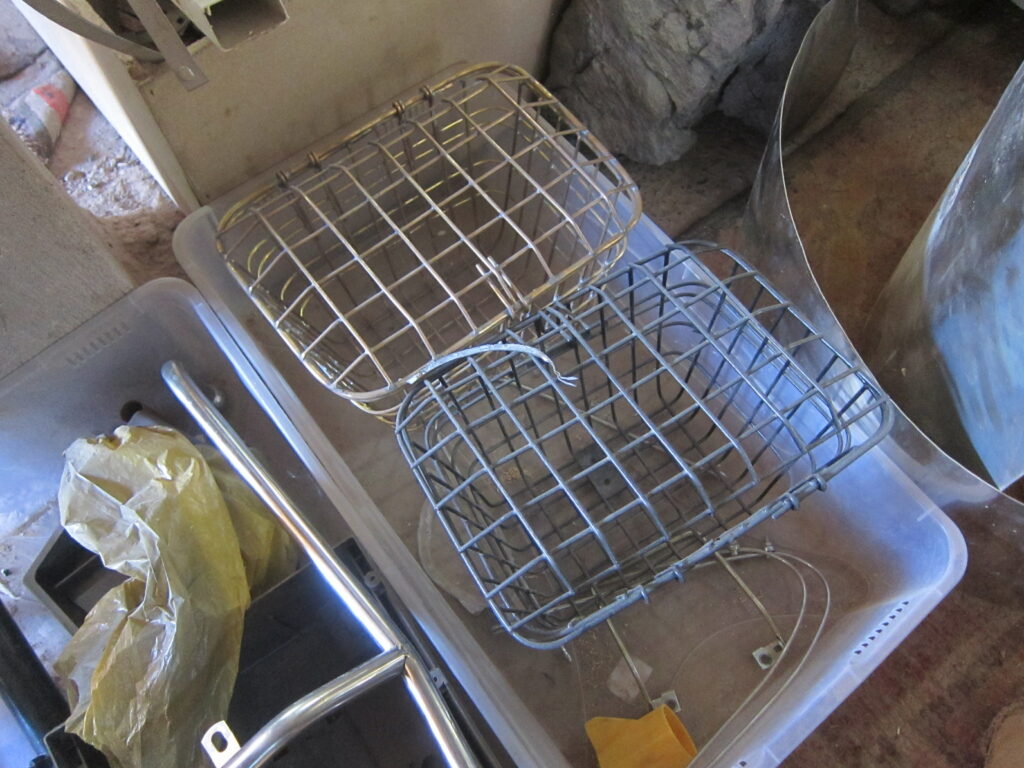 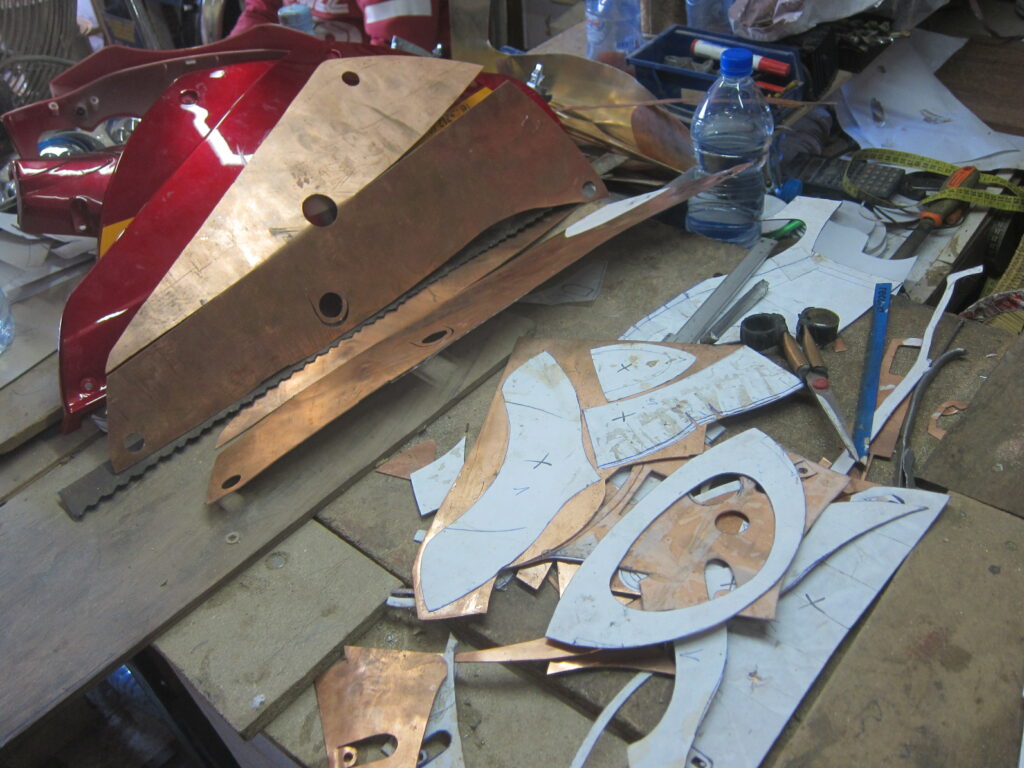 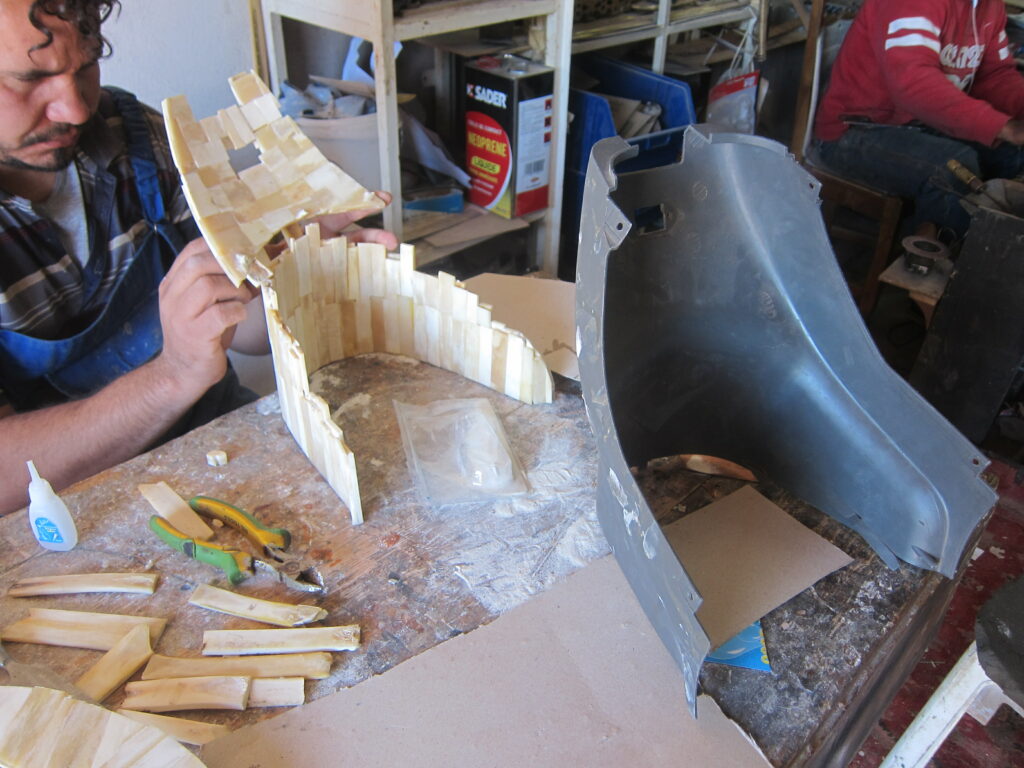 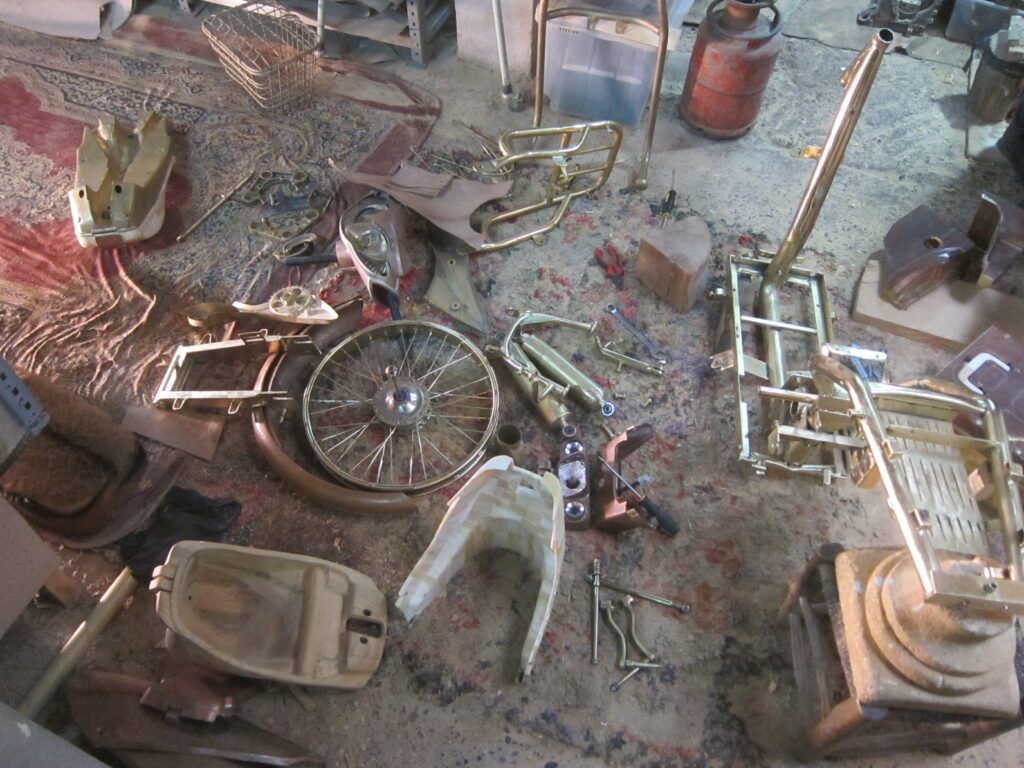 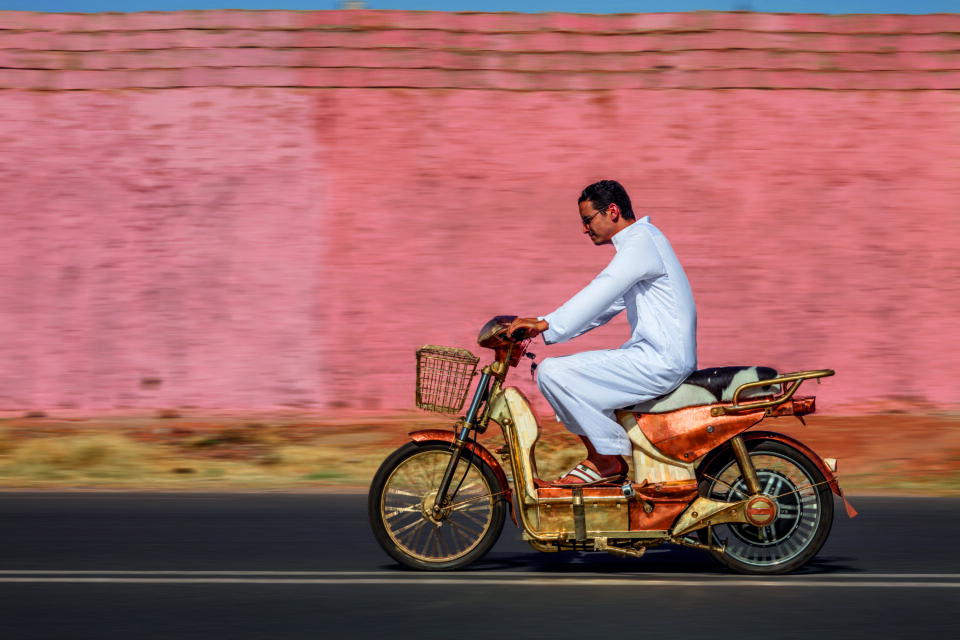