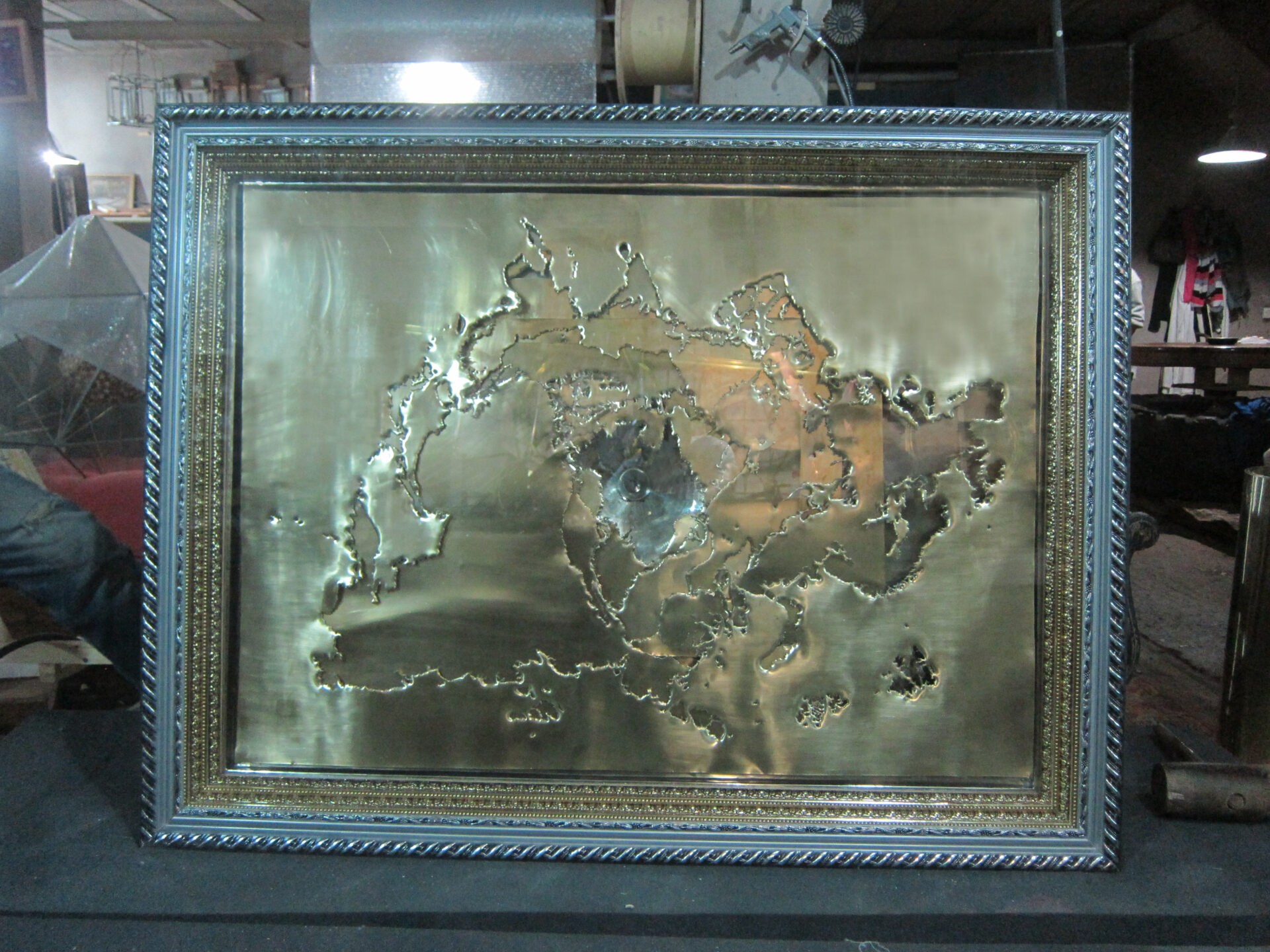 While Islam is the centre of worldwide attention and speculations at the time the piece was made, it is mostly being depicted by global media as an exclusive and unforgiving religion, while I believe it is, as all three Abrahamic religions, ultimately meant to make the world a better place.  “Qibla Heterotopia II” is to be placed in dialogue with “Qibla Heterotopia I”, which is about this one point on earth where a Muslim could hypothetically pray while facing each and every direction (since it would be equidistant from Mecca), therefore being metaphorically inclusive and omnibenevolent to the rest of the world, including humanity as a whole into Taslim.

Note: “Qibla Heterotopia I”  & “Qibla Heterotopia II” (shown here) were made of interdependent materials: the yellow copper continents seen on the first were cut out of copper plates which were then used to make the second. Furtheremore, these two works are meant to the shown facing each other, exchanging their perspectives. 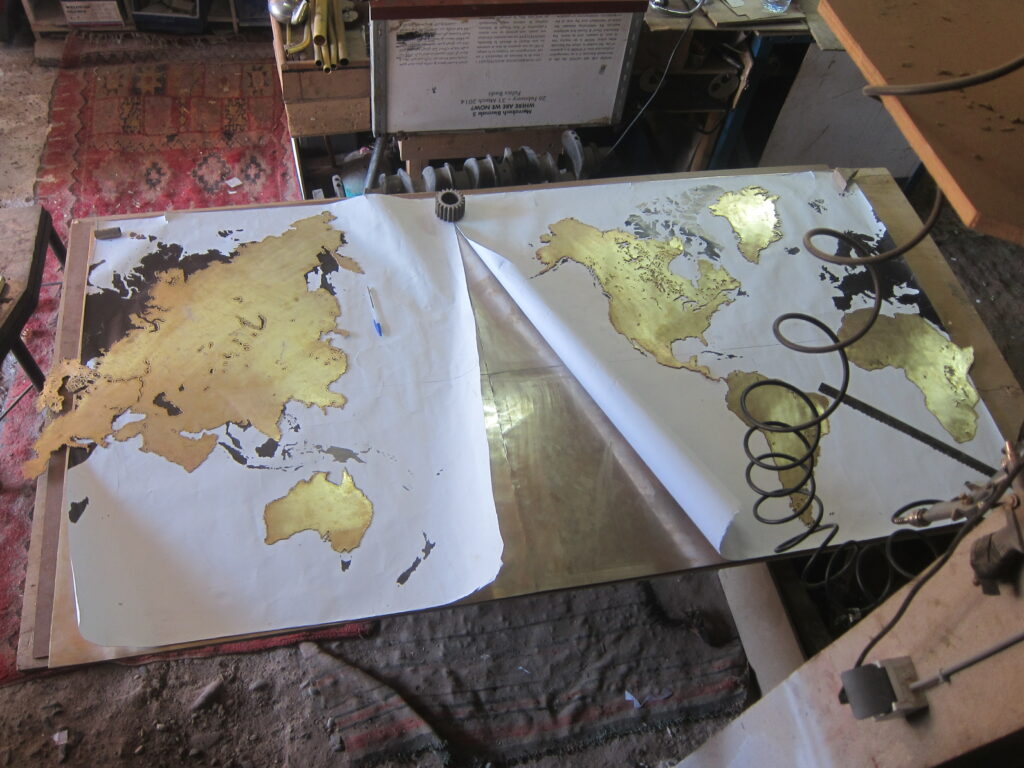 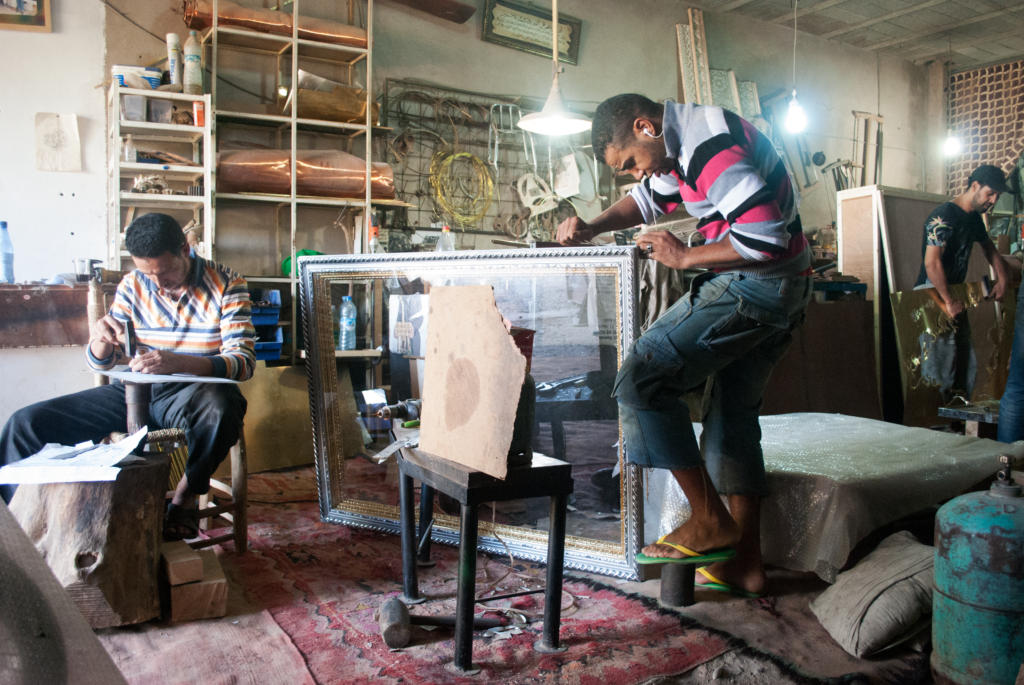 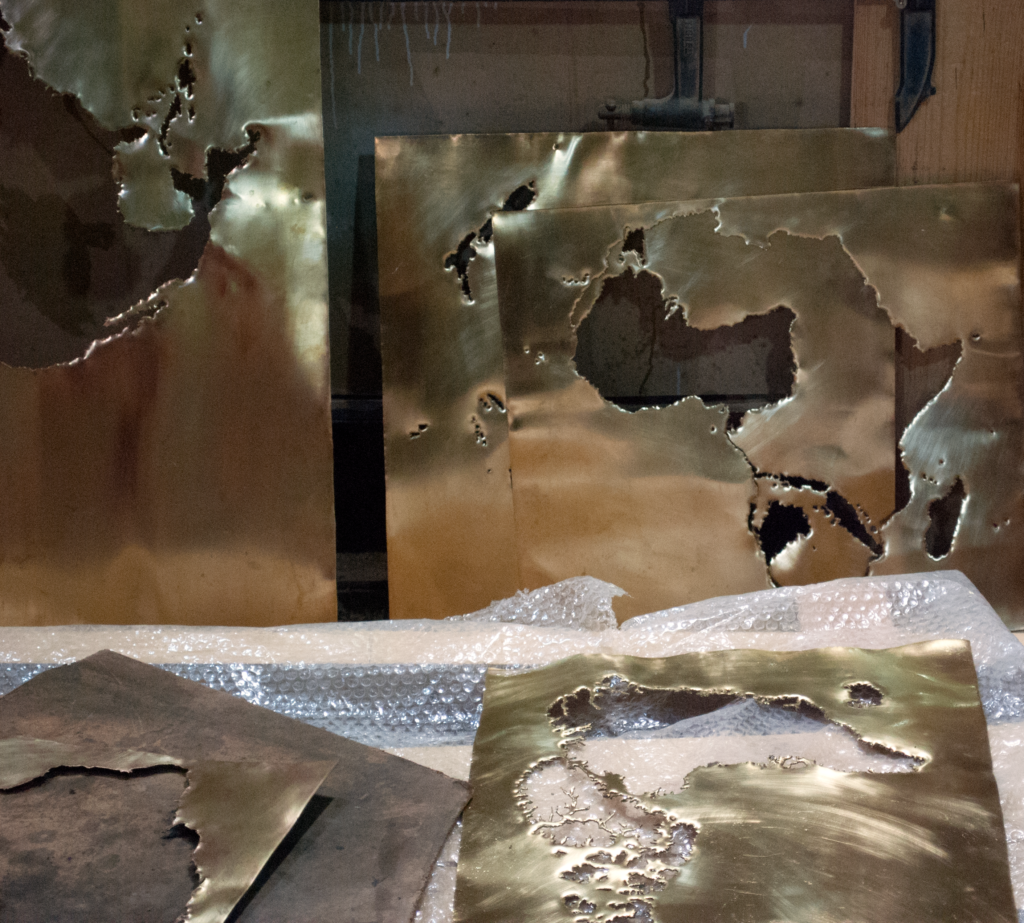 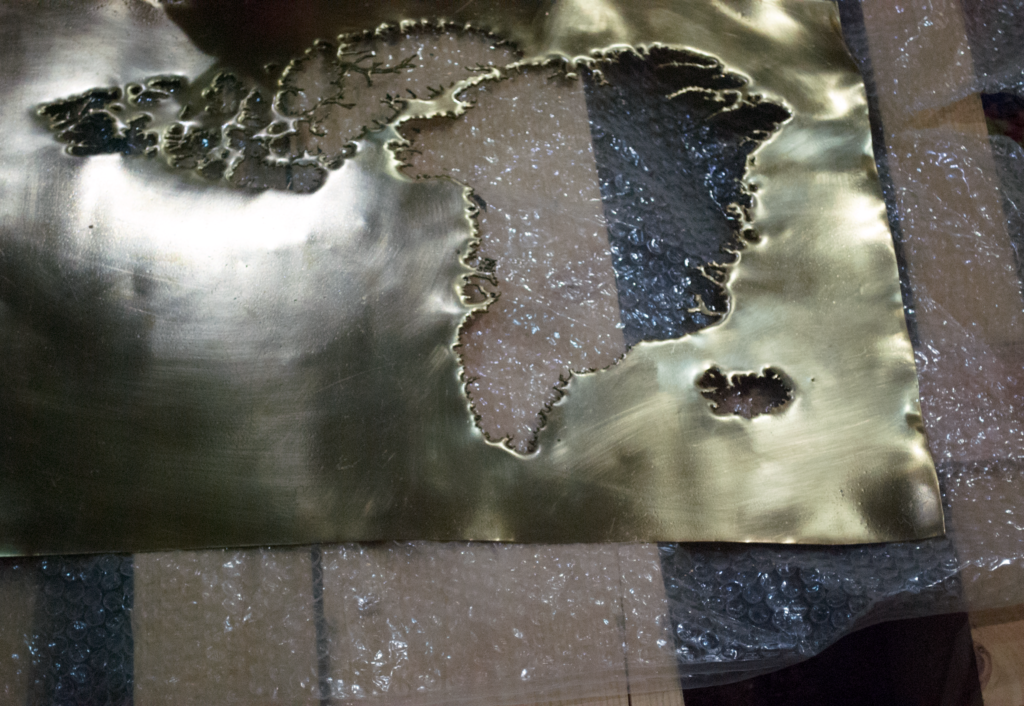 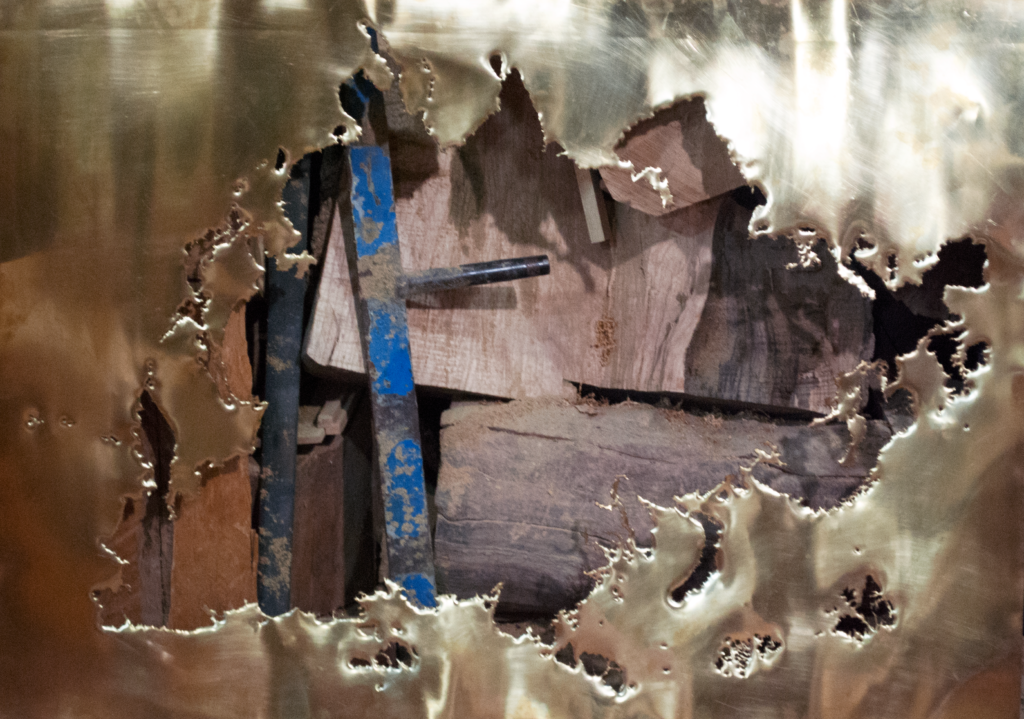 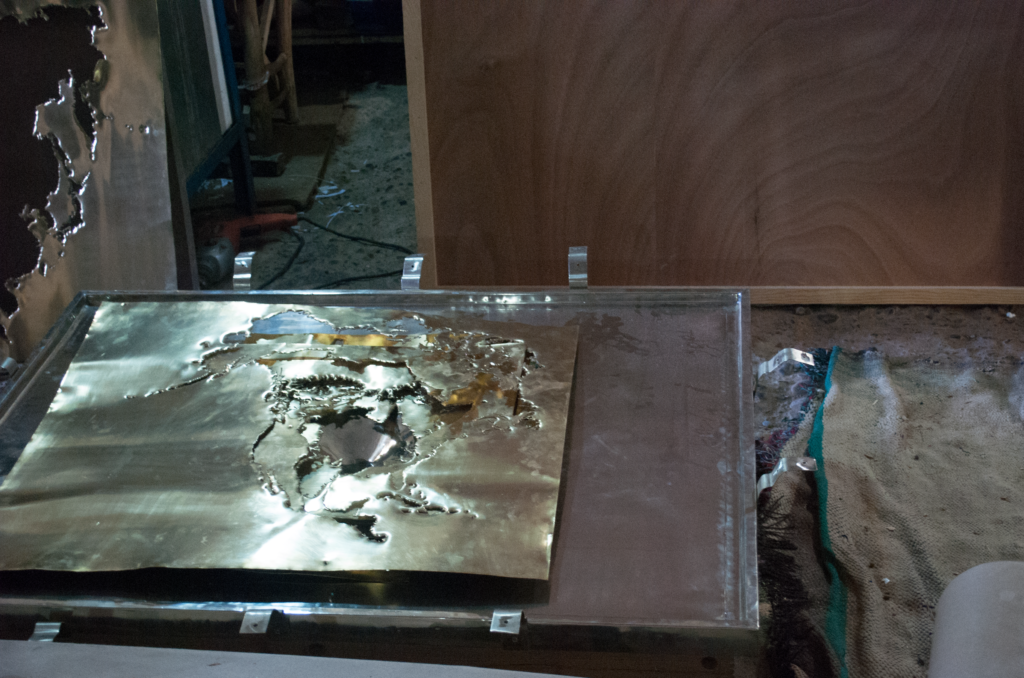 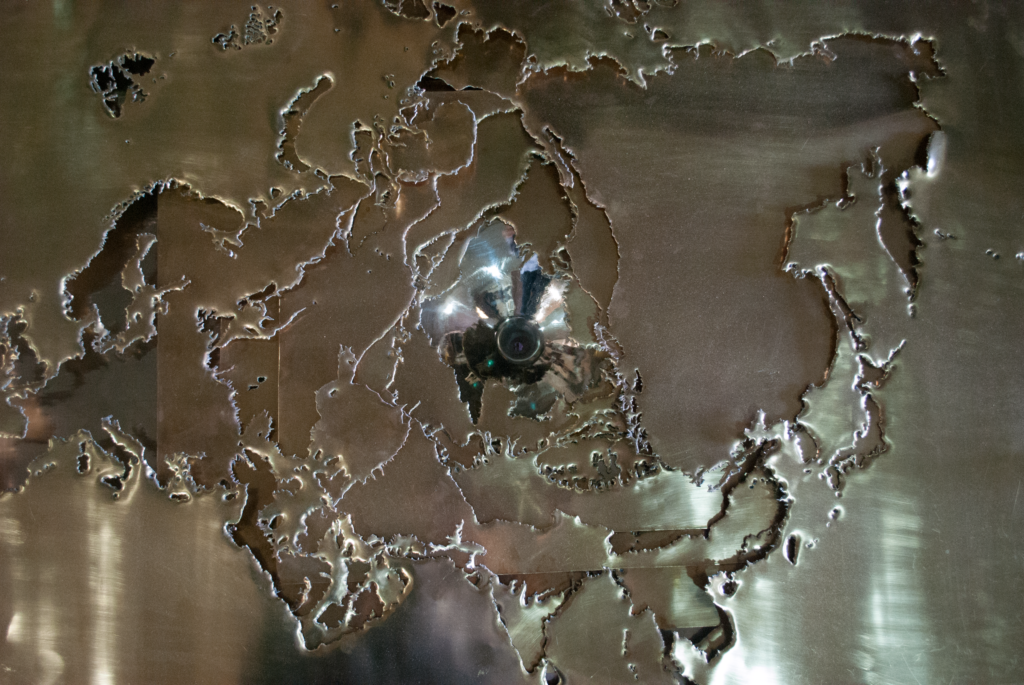 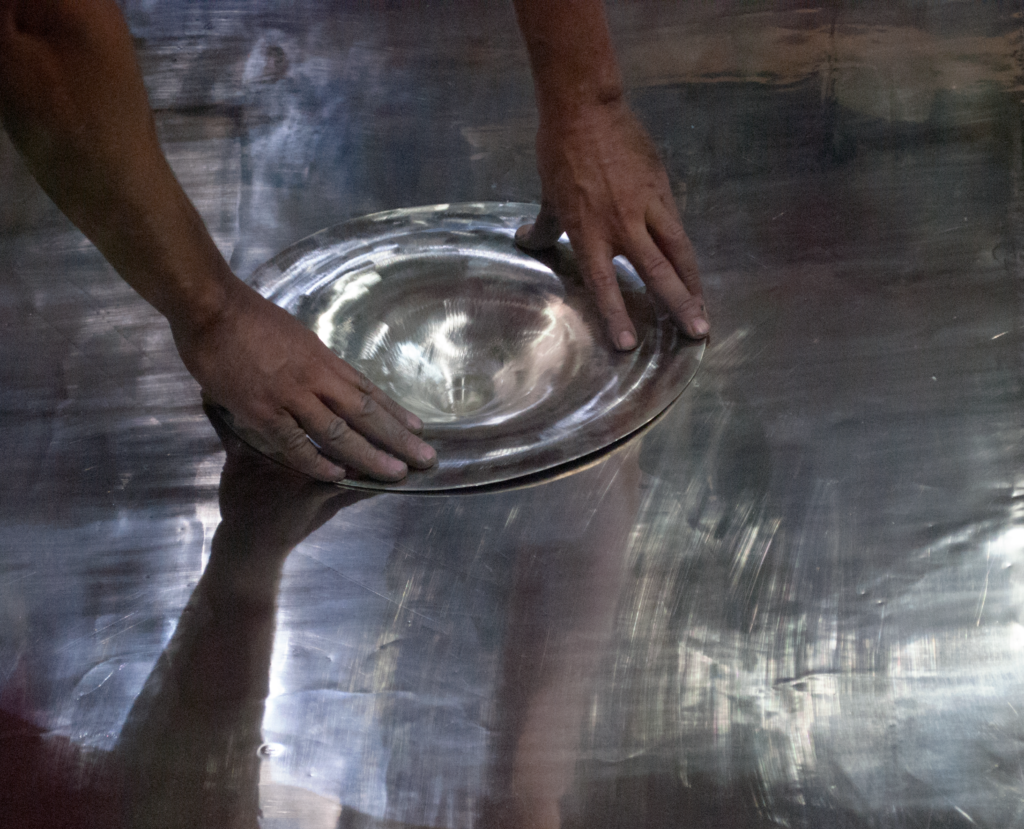 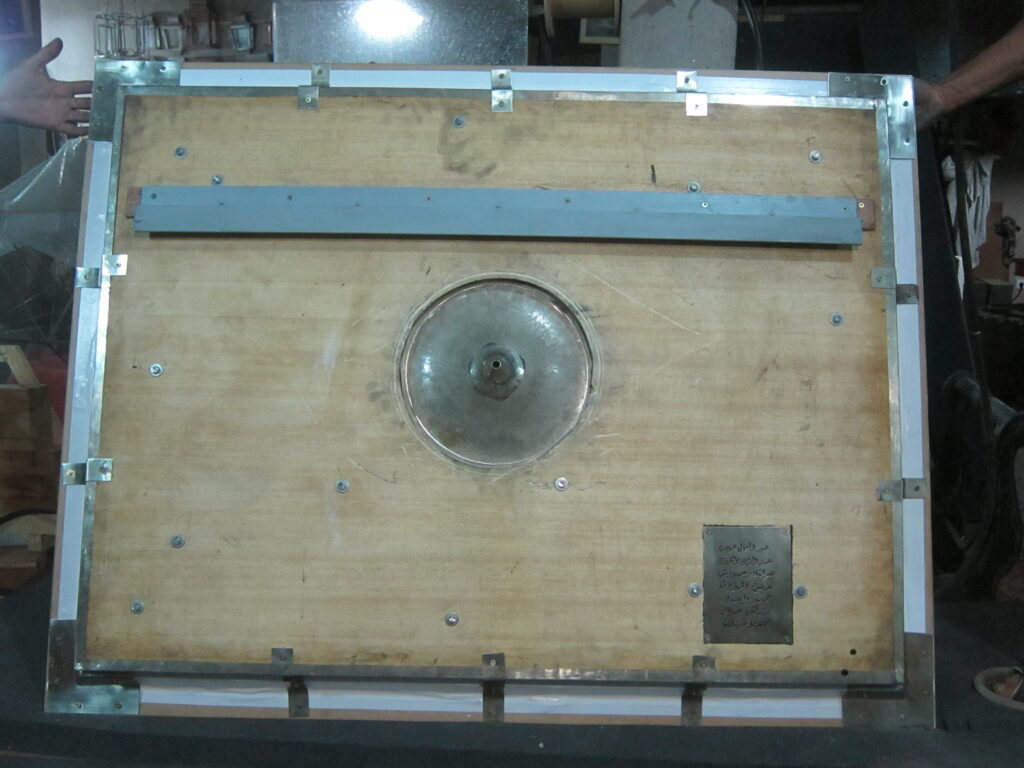 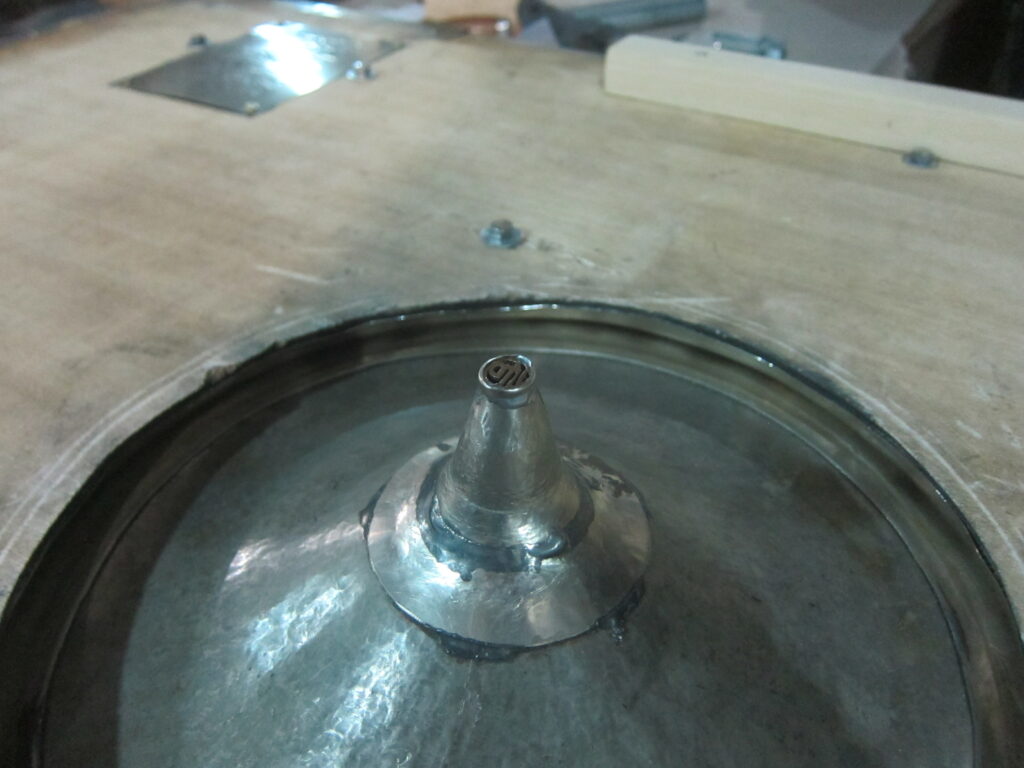 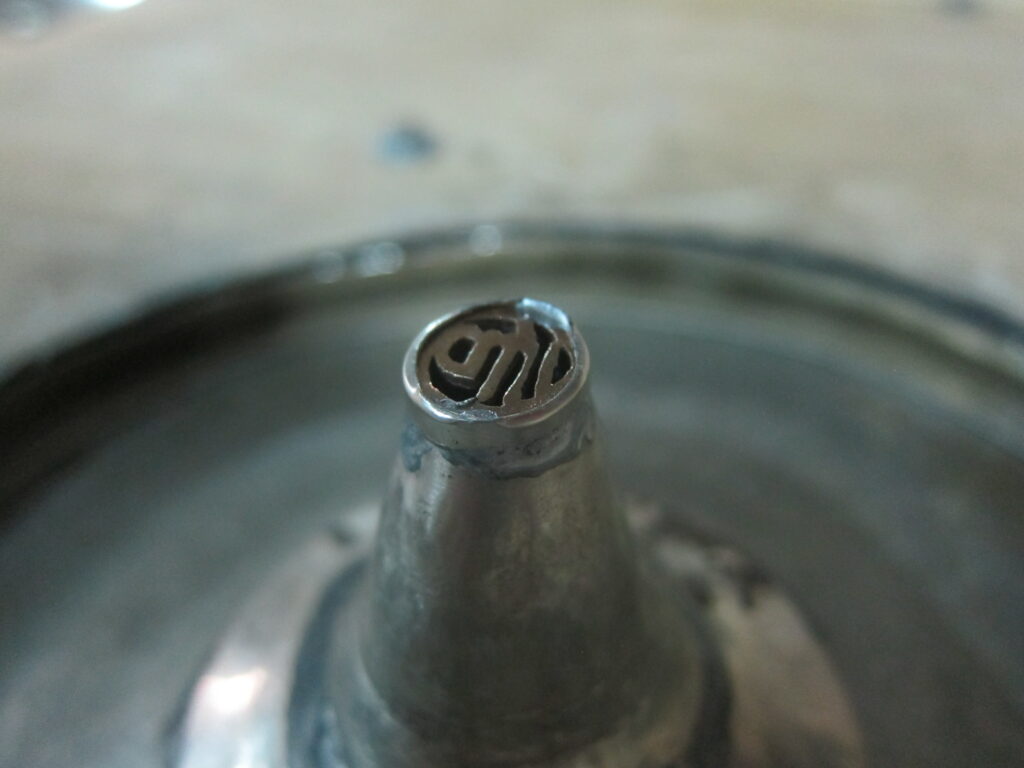 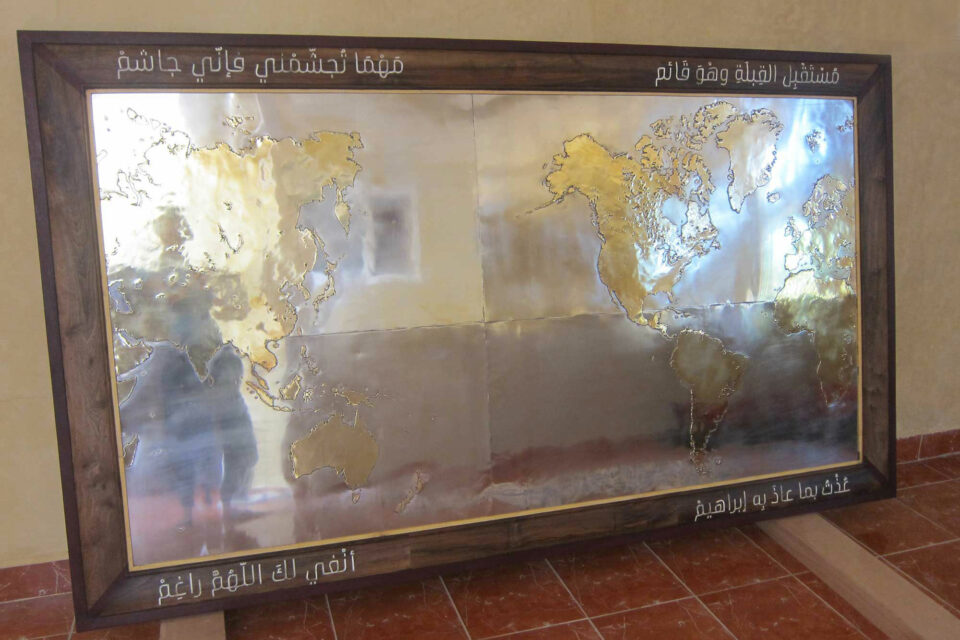