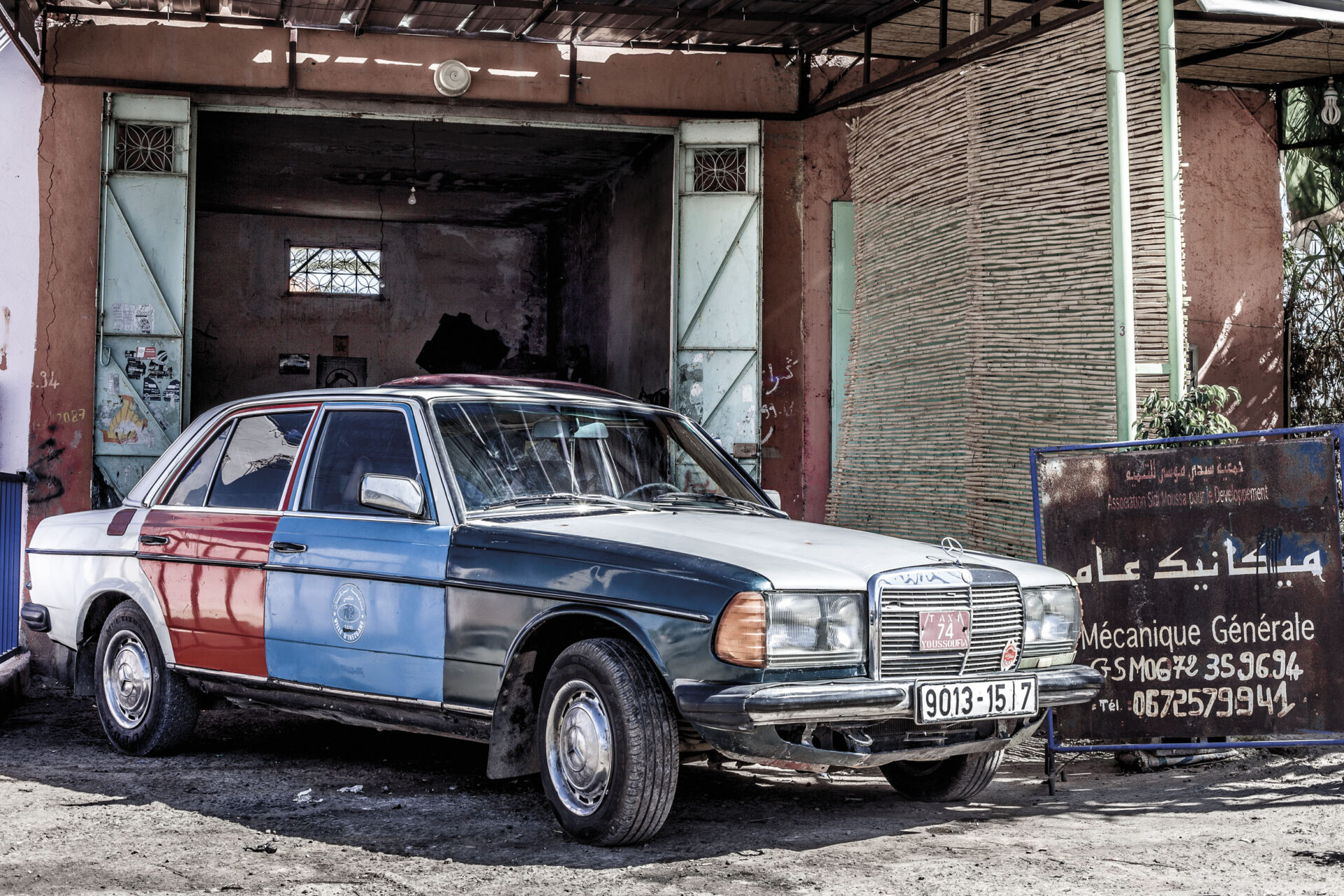 Moroccans have had a passion for German engineering for a long time, and throughout the twentieth century they have come to use the word “Dorigin” (an expression borrowed from the French: “d’origine”) whenever they want to testify of the quality of a product made abroad. When it comes to consumer products, this feeling of inferiority of local production is unfortunately shared by many Africans. Mercedes has a special place on the roads of the country, with millions of them (mostly the 240D model) being used as taxis whose colors vary depending on the areas they circulate. Indeed, many of these cars have driven many millions of kilometers at least, testifying of their reliability if tirelessly maintained – even though the German car maker does not seem to return the love. In these times of change, the Moroccan government wants to renew the taxi fleet and in 2016 it started running a program to destroy those old cars – throwing them into acid I was told as otherwise Moroccan ingenuity sees them stitched back together and returned to use from the scrap yards. The government plan being to replace them with locally made Dacias as the automotive industry is flourishing in the north finally since Renault installed large factories recently.

Dorigin is a Mercedes 240D which was rebuilt entirely using a large number of parts from about 10 different cars sourced from all over the country. The various colors that can be seen on the body testify of the provenance of each element: Pistachio Green for Meknes, Metallic Blue-Green for Knefra/Tighassaline, Sky Blue for Imzagame/Essaouira, Ocher for Ouarzazzate, White for Casablanca, Orange for Larache and so on. The artist drove it with his team from Marrakesh to Frankturt following a curated route established in conversation with Juan Asís Palao Gómez: Tangiers, Marbella, La Carolina, Seseña Nuevo, Valle de los Caídos, el Monasterio del Escorial, Vichy, Douaumont, Mannheim, Frankfurt. En route, a film was shot in collaboration with film director Meriem Abid. This psychogeographical single channel video became a part of the final work. While in Morocco the title of the piece (Dorigin) refers, as for any other European cars found on the roads there, to it being an original product manufactured abroad; when the car sits in Europe, the title’s meaning shifts as it is very clear that it is now a Moroccan-made vehicle with new origins. 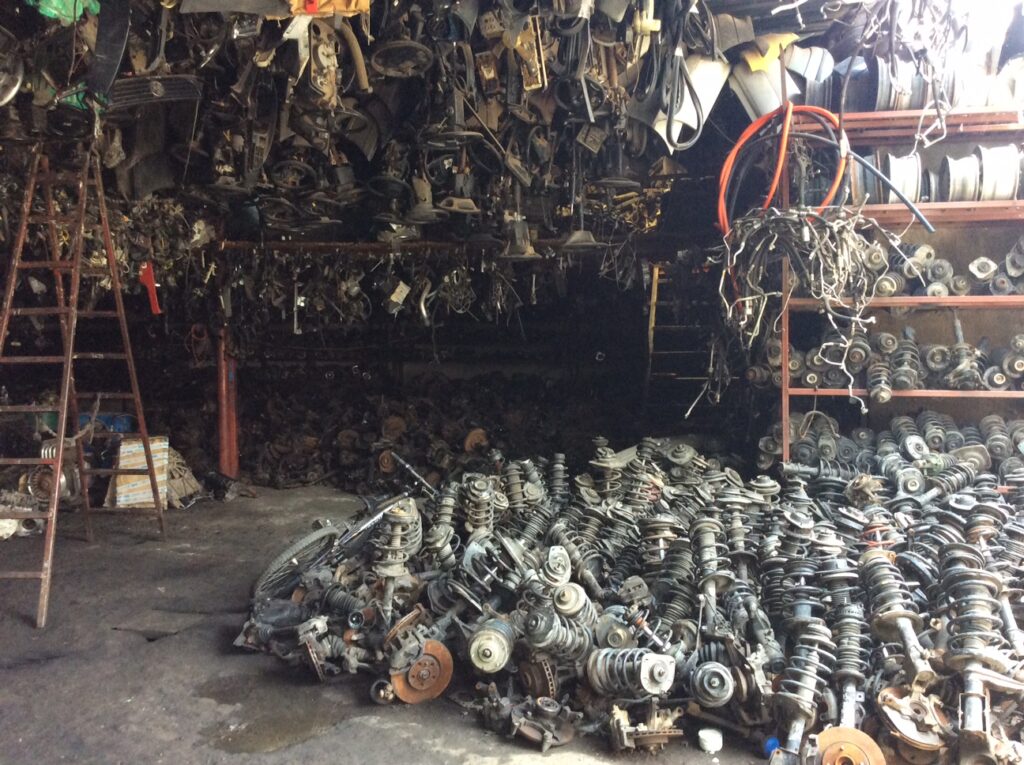 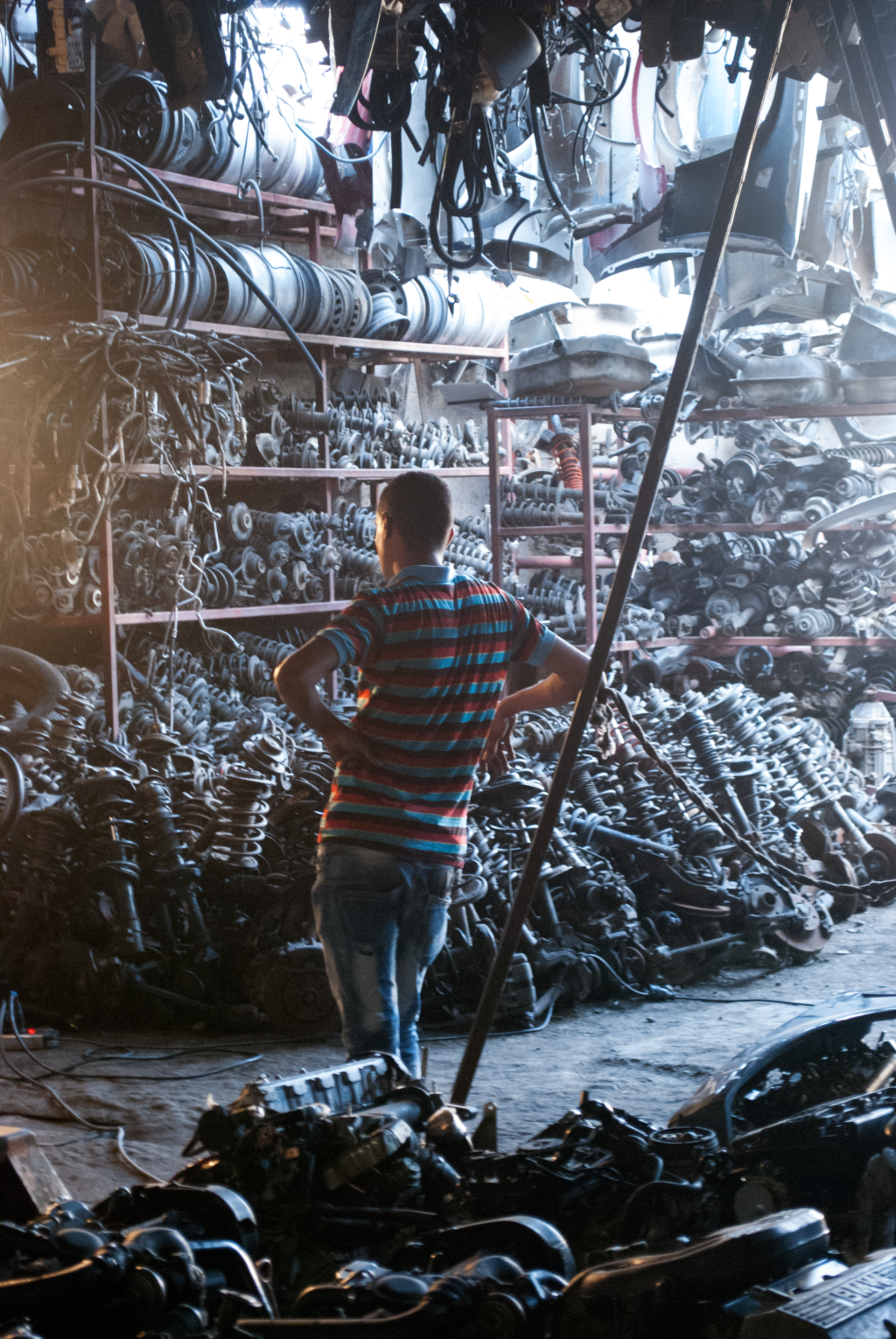 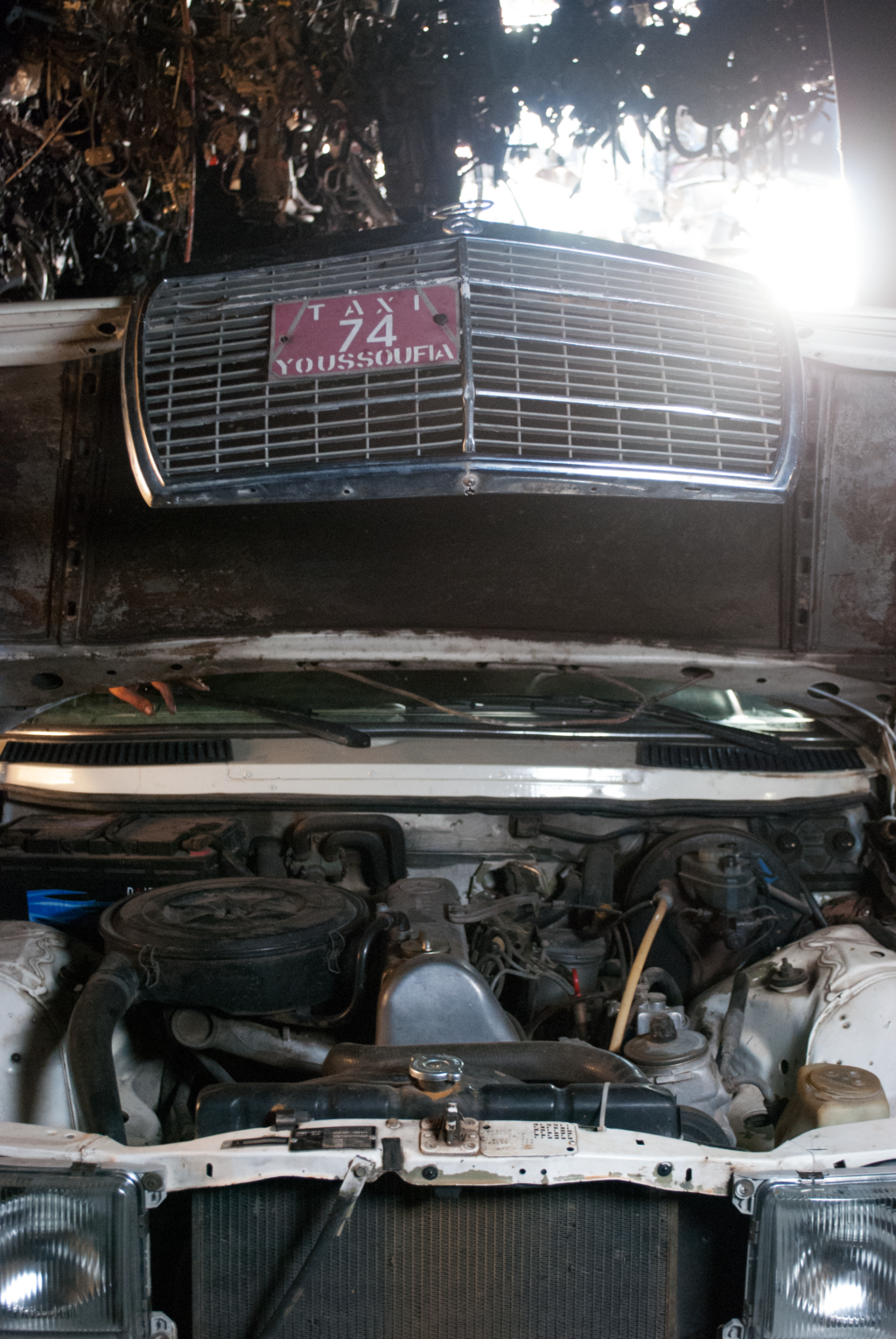 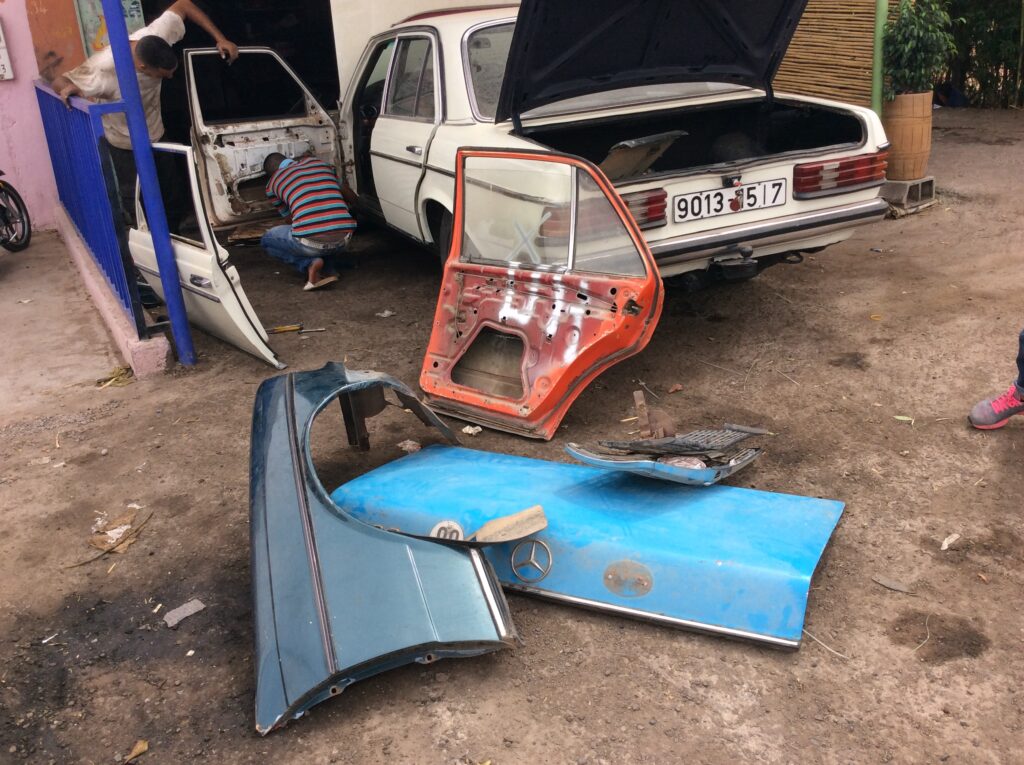 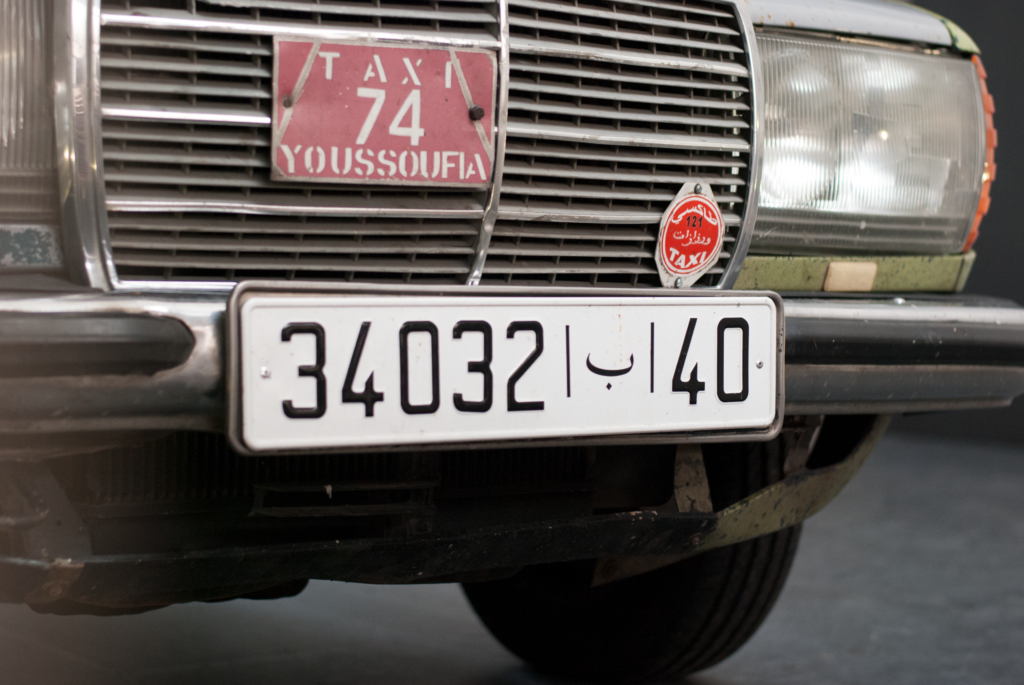 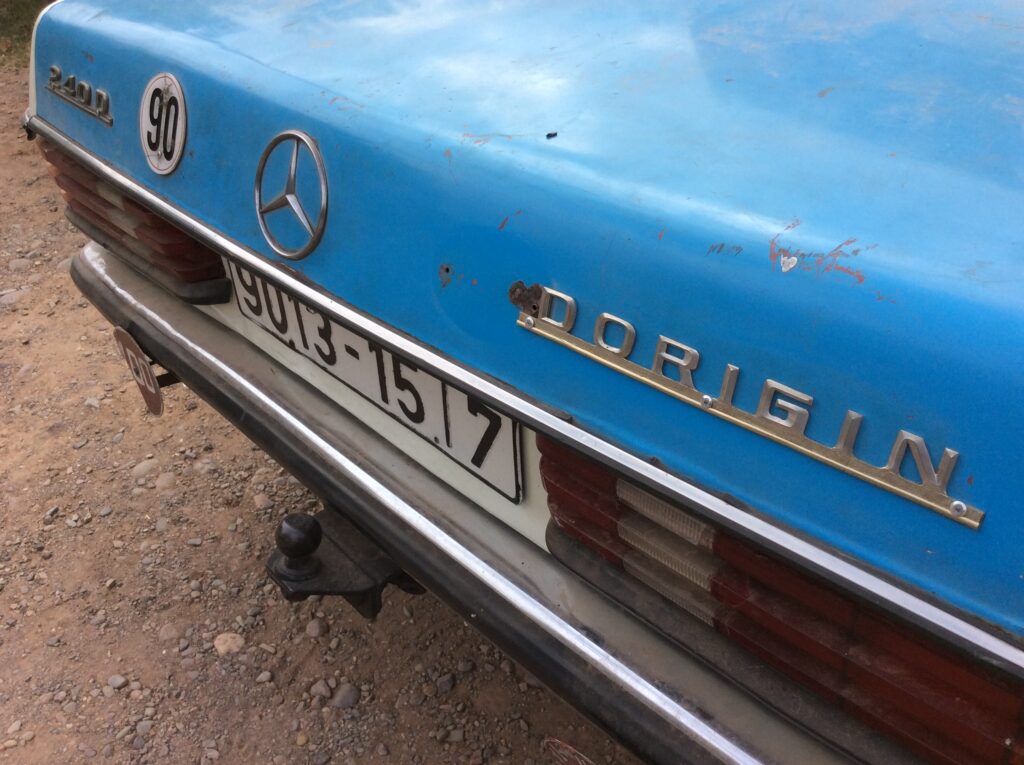 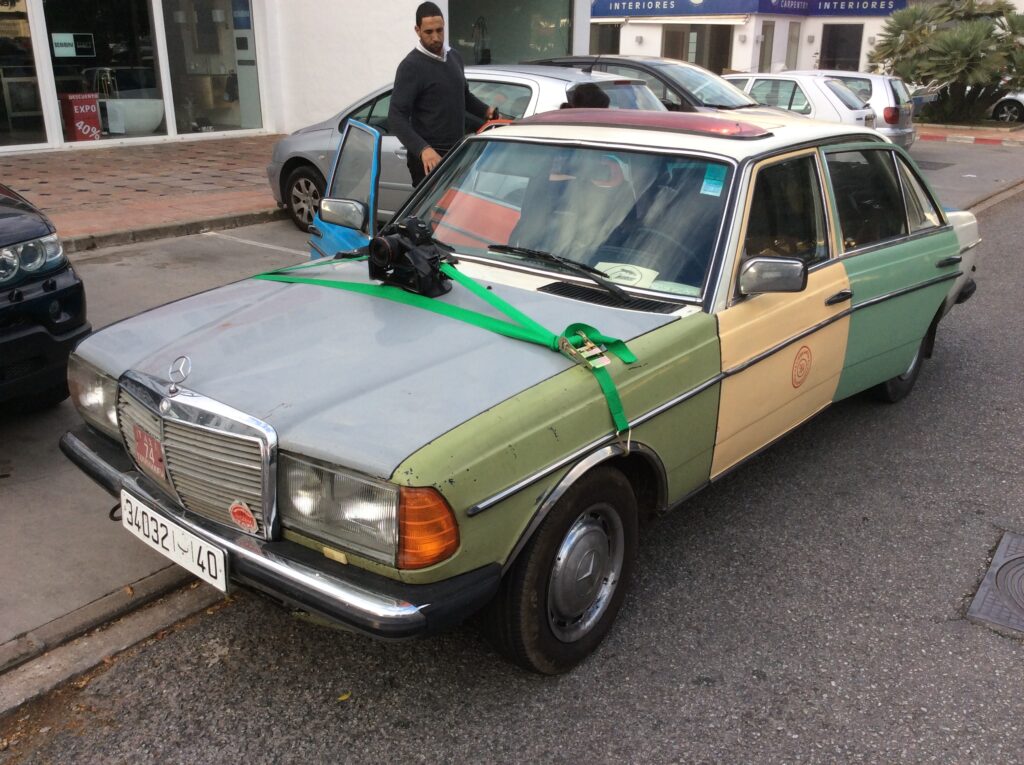 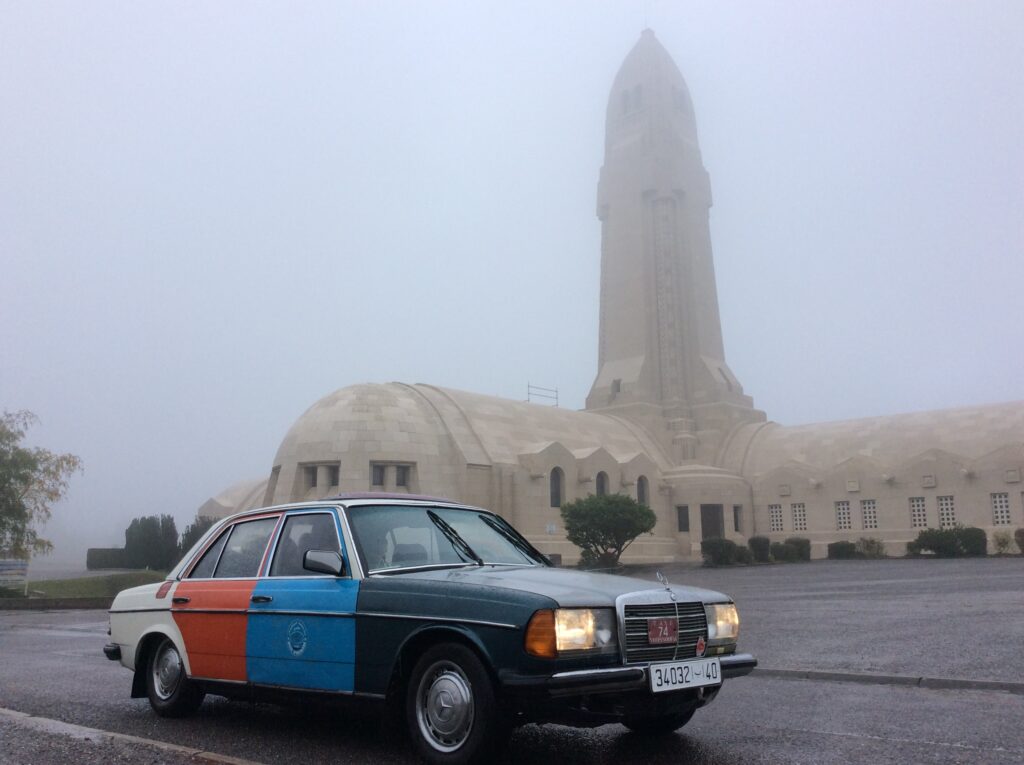 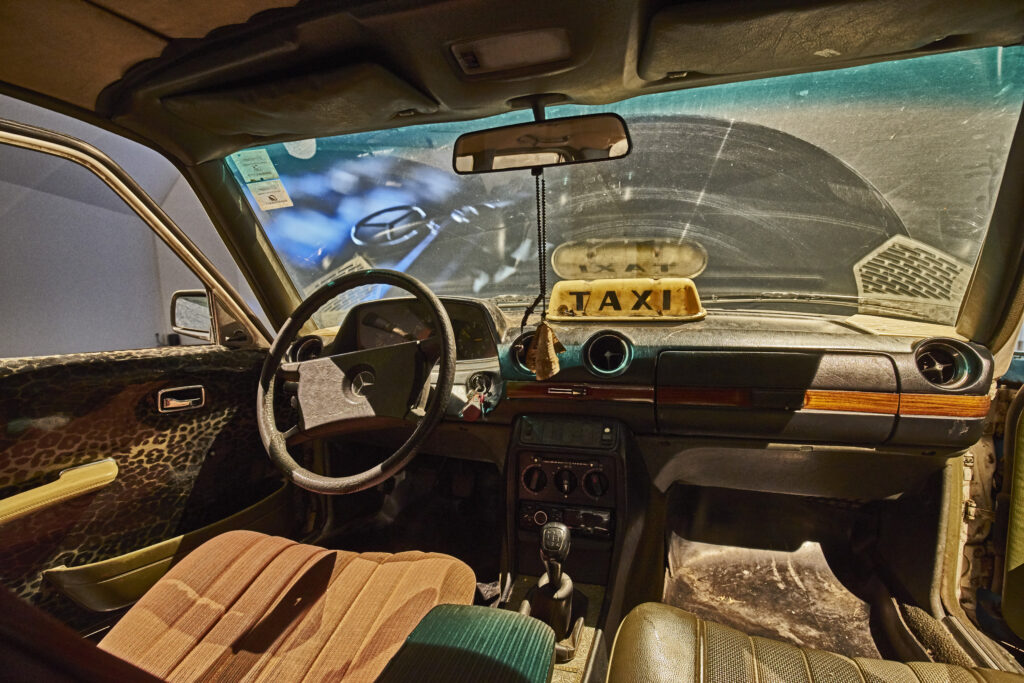 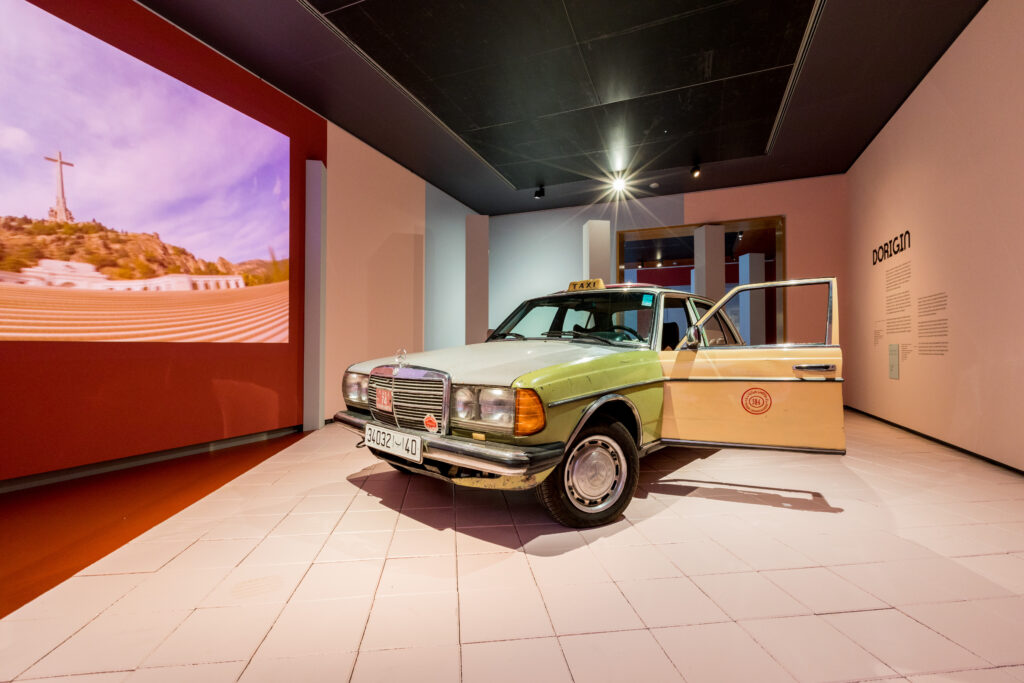