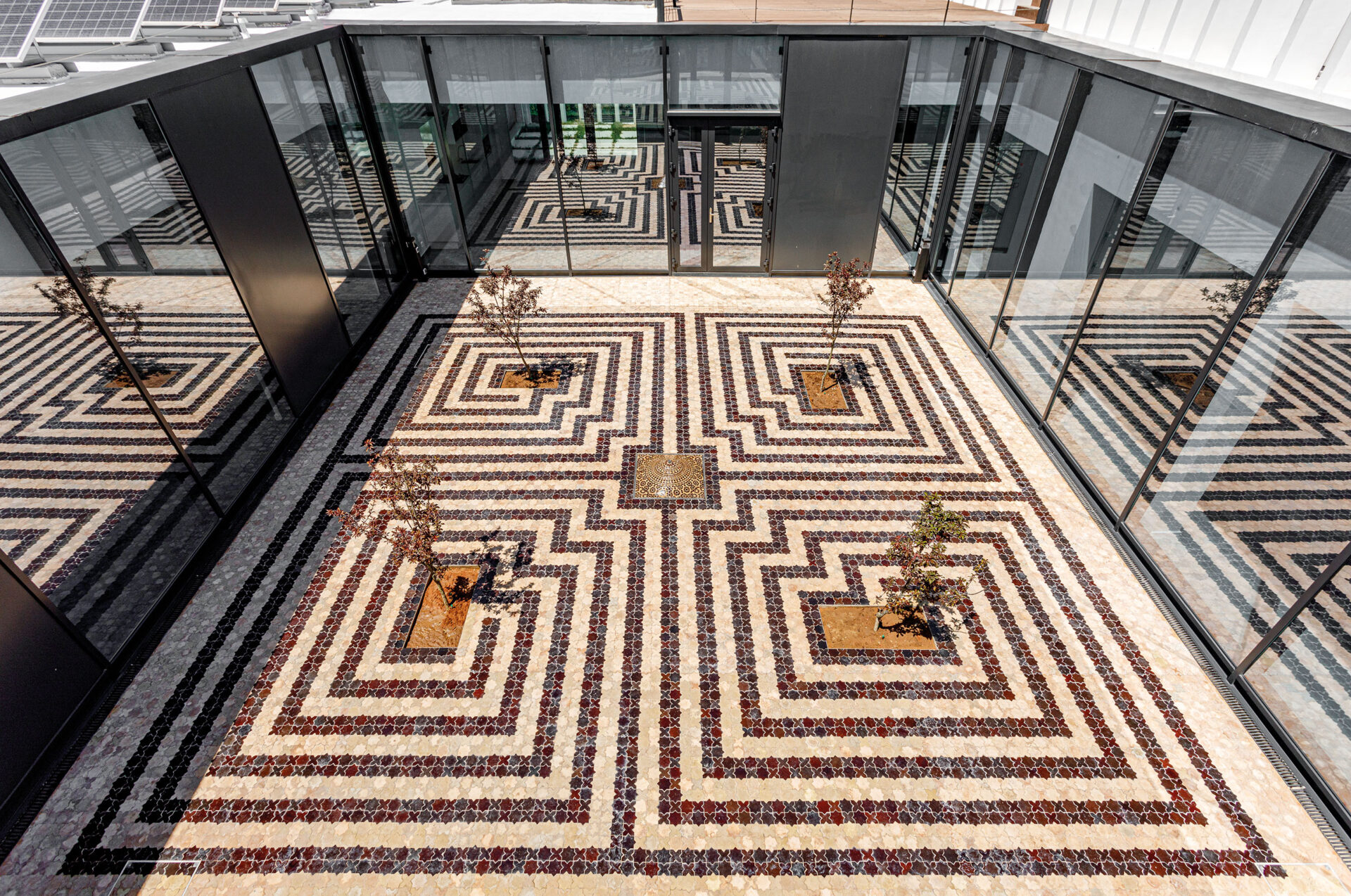 The most common form of garden used In the Riads and palaces of Marrakech, Fes or Rabat since the 1500 at least, by way of Moorish Andalusia, is the Paradise Garden or Charbagh. Meaning « four gardens », the quadrilateral Charbagh concept is a Persian, Indo-Persian, and Islamic Garden layout based on the four gardens of Paradise mentioned in the Qur’an.

“One of the hallmarks of Charbagh garden is the four-part garden laid out with axial paths that intersect at the garden’s center. This highly structured geometrical scheme, called the chahar bagh, became a powerful method for the organization and domestication of the landscape, itself a symbol of political territory.” D. Fairchild Ruggles, Islamic Gardens and Landscapes, University of Pennsylvania Press, 2008, p.39

The other millennium old tradition of mosaics in Morocco is that of the Romans as seen in Volubilis. A lesser known type of flooring which can be found throughout the Mediterranean including in Morocco is the Roman Labyrinth. First developed in the 2nd century BCE, they are found throughout Europe and North Africa, wherever the Romans settled. Different from mazes (where one gets lost), labyrinths which have only one pathway that leads inexorably from the entrance to the goal, albeit often by the most complex and winding of routes, are called unicursal. Used since antiquity, they often represent various types of metaphorical journeys.

While an embassy is historically a place of contact between two different communities, and symbolizes the wilfulness to cohabitate despite differences, it can also be an administrative and civil labyrinth.

Morocco hosts the only physical border between Africa and Europe (at the enclave of Ceuta and Melilla) while Brussels is simultaneously the capital of Belgium and that of Europe. Hence, the Belgian embassy in Rabat has an even more profound symbolic role of overlapping political territories in that sense.

Classical Roman in style, reminiscent of the quadrilateral Islamic Garden layout and composed of geometric tiles used since Moorish Andalusian times, Charbagh Diplomatic Labyrinth aims to symbolize the journey from foreignness to citizenry, from living separated to living together, from being an apatrid to becoming a citizen. Unicursal, it has only one path ending at the center, where the fountain – a representation of paradise – can customarily be found. While Roman labyrinths often host mosaic representational frescoes in their center, Charbagh Diplomatic Labyrinth host an abstract Zellige Rosace instead.

Each of the four plum trees were created by grafting together species from the Maghreb with species from Belgium, symbolizing, at the heart of the building, the bilateral diplomatic purpose of this political territory and the hopeful growth of interrelations. 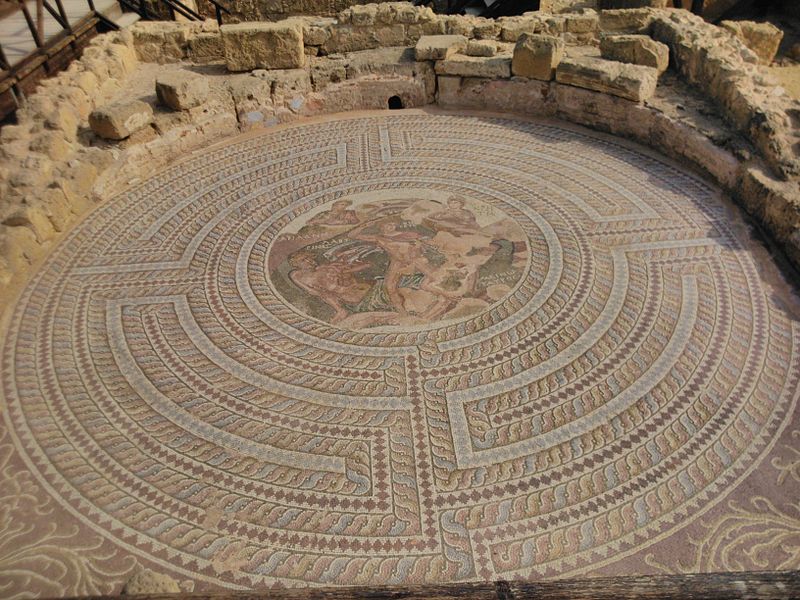 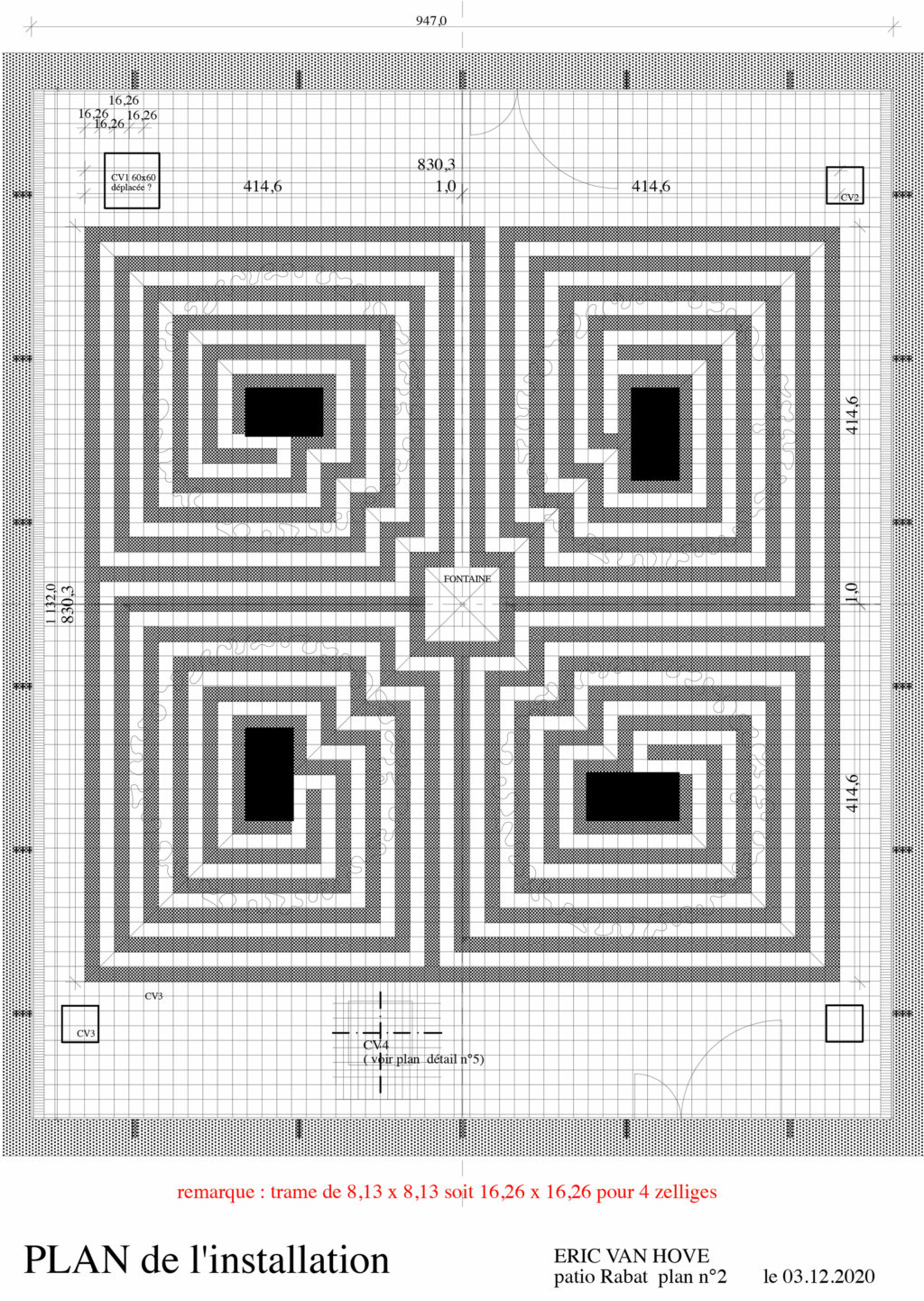 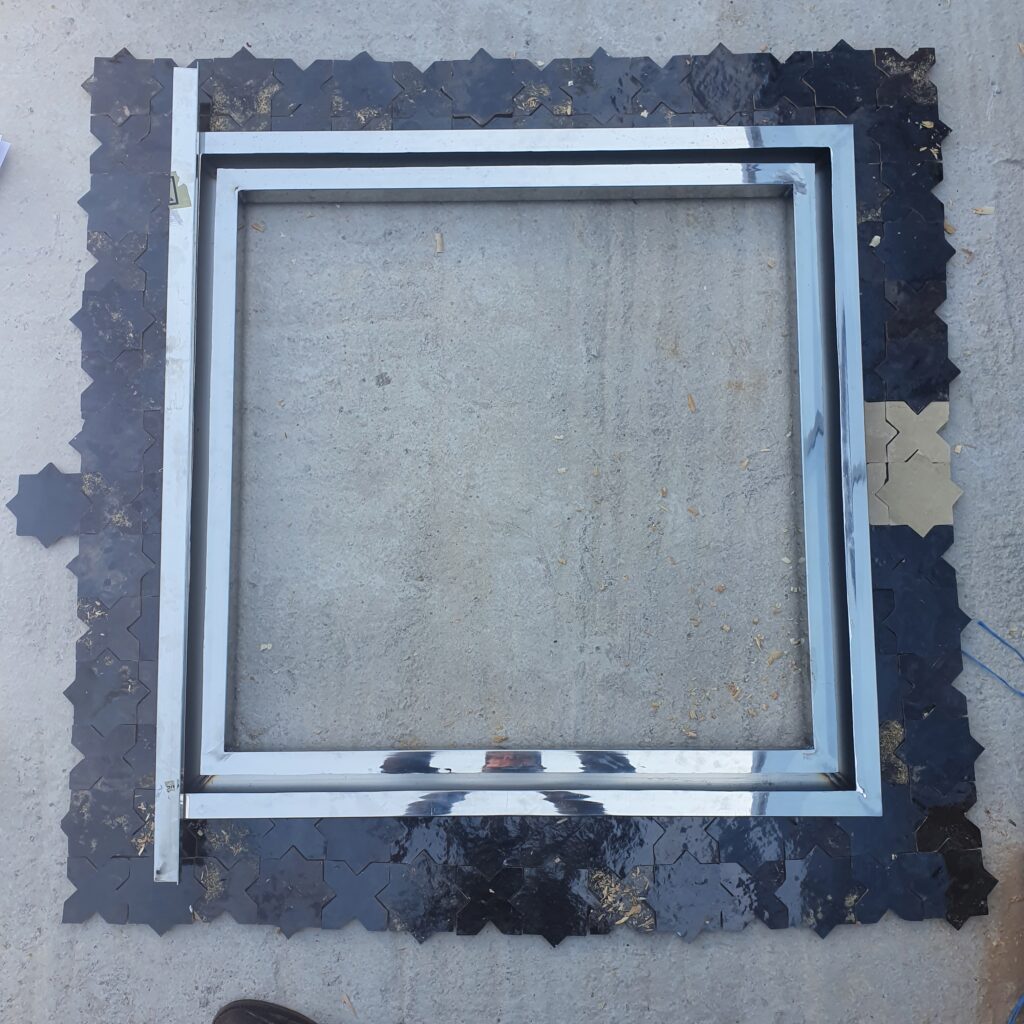 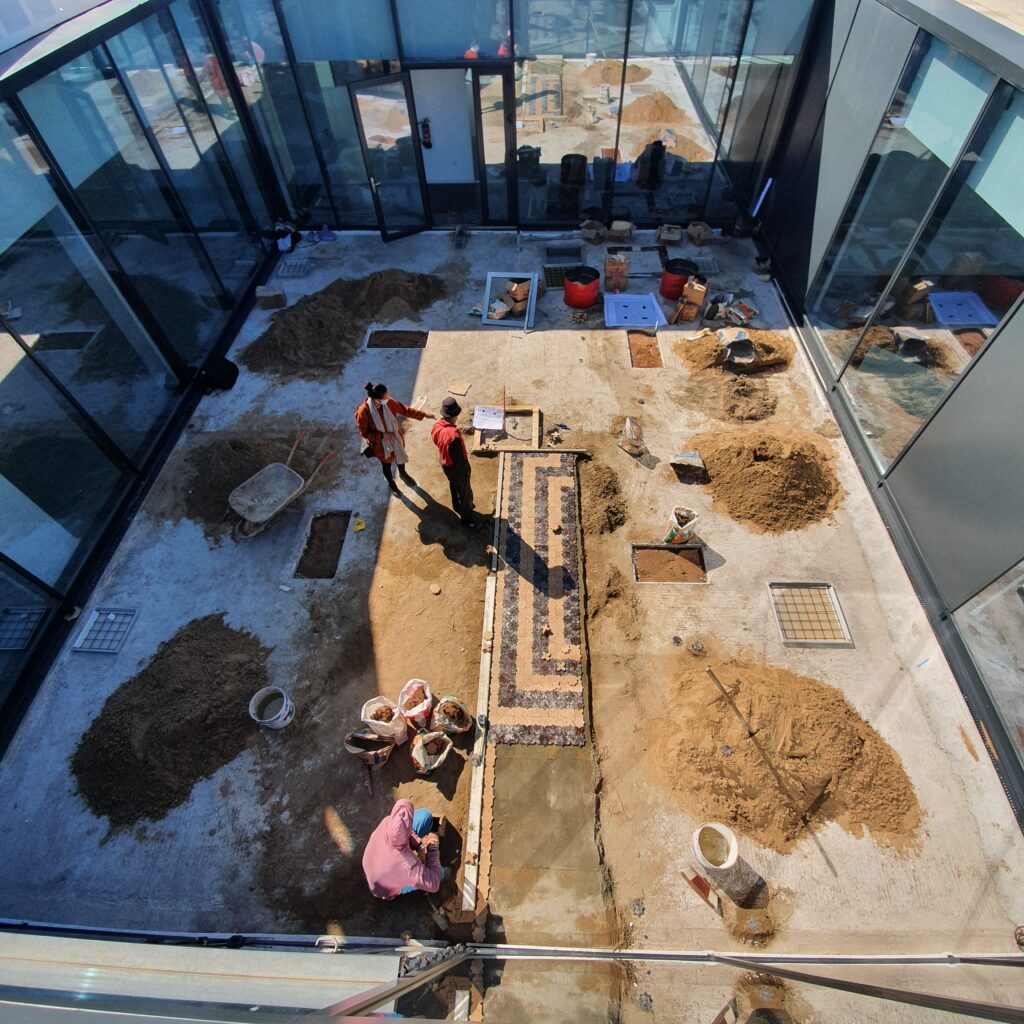 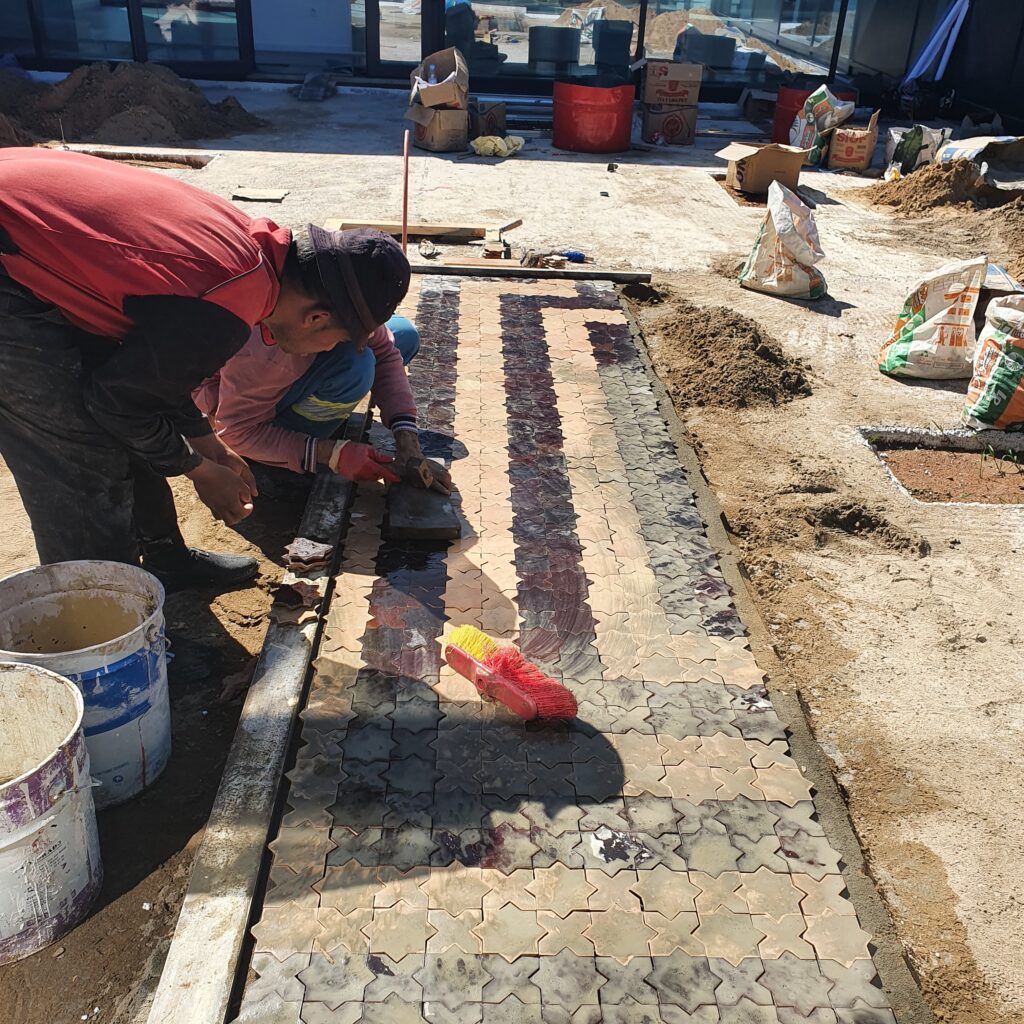 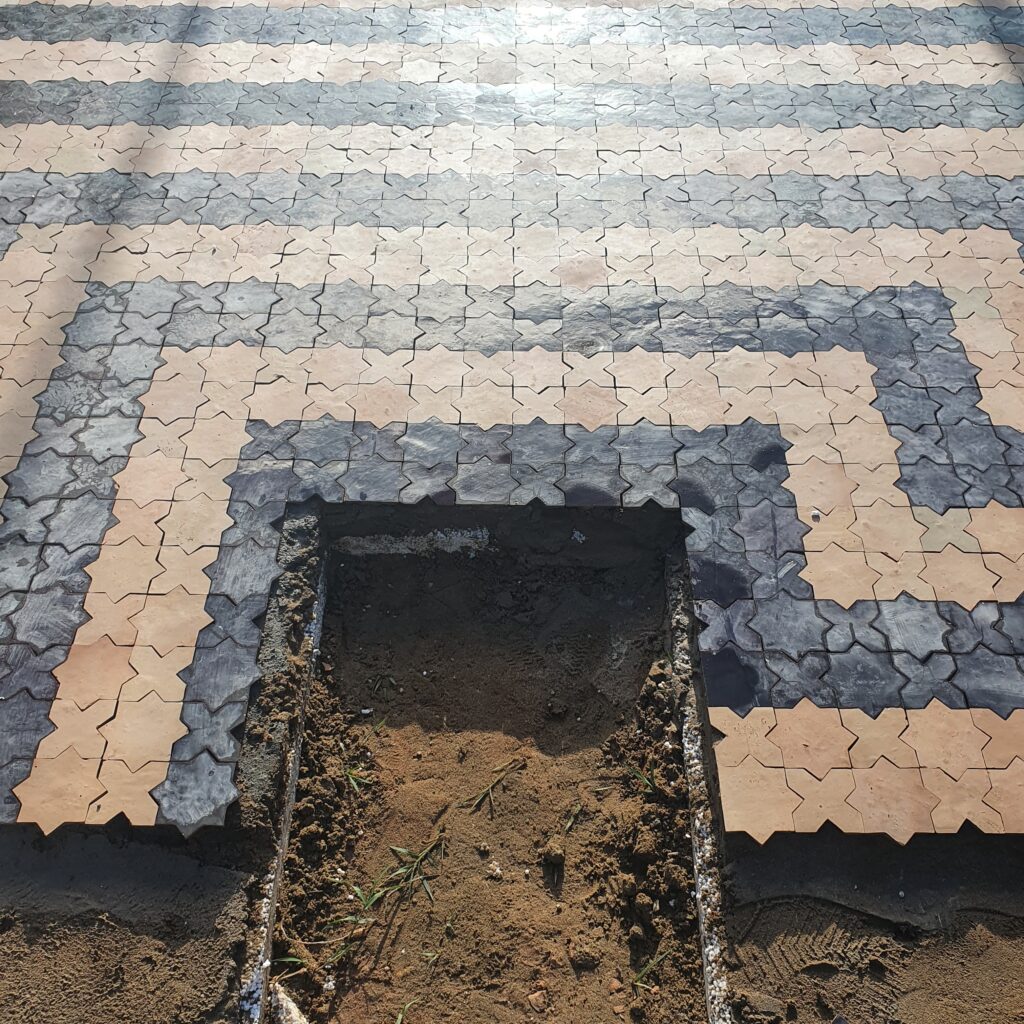 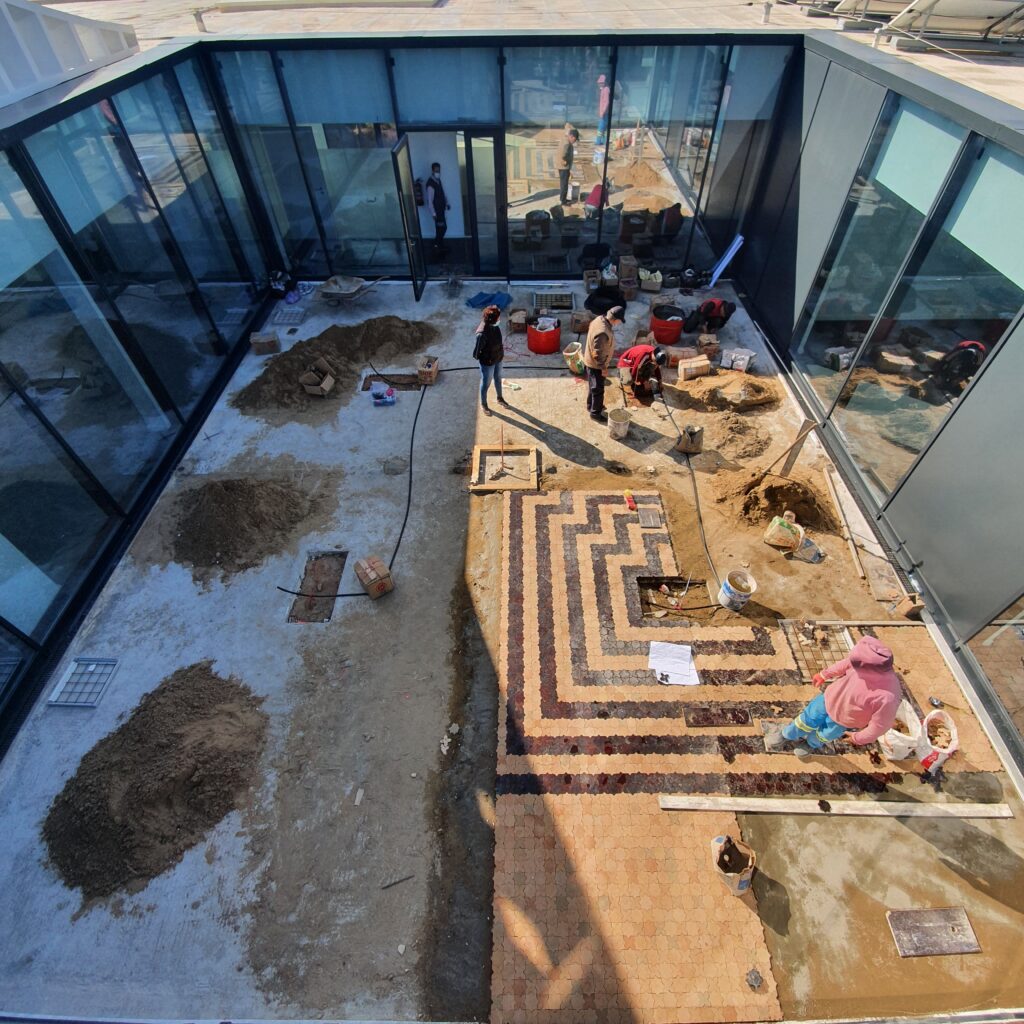 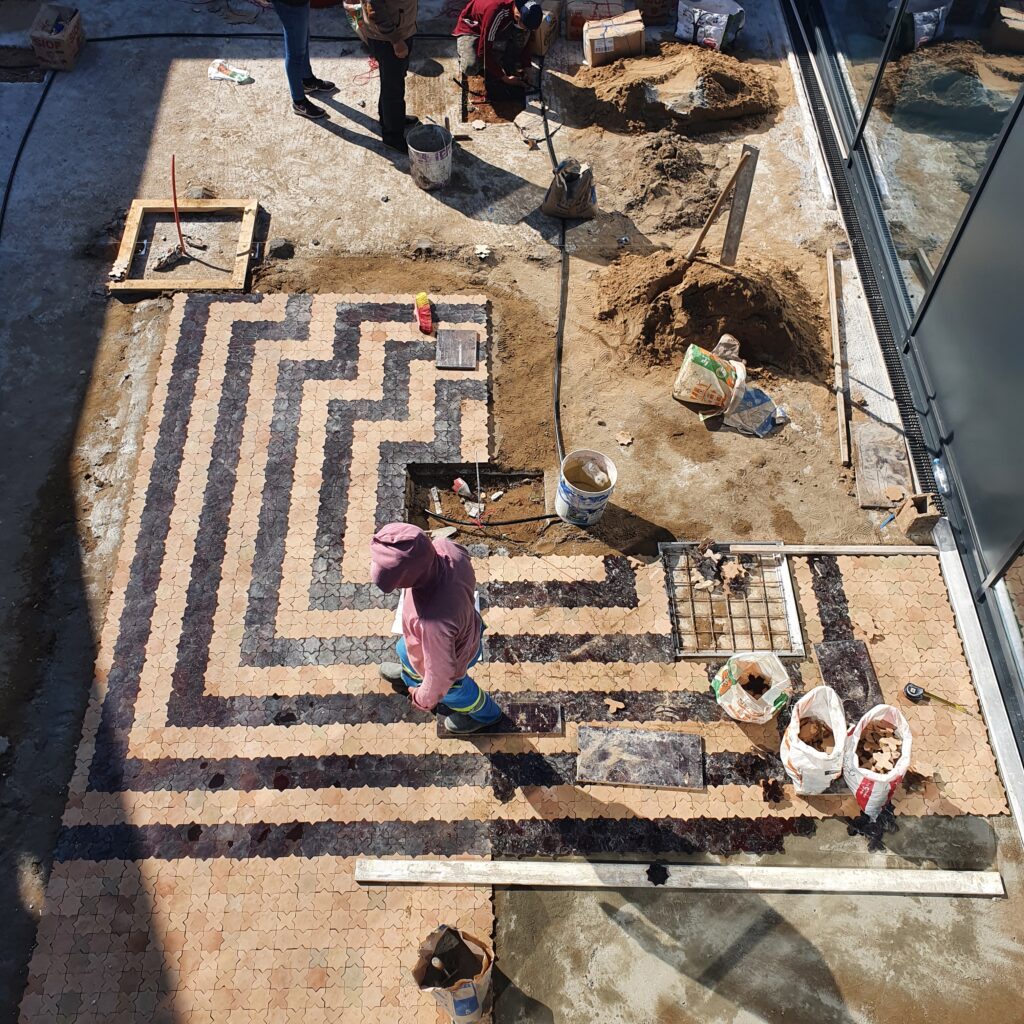 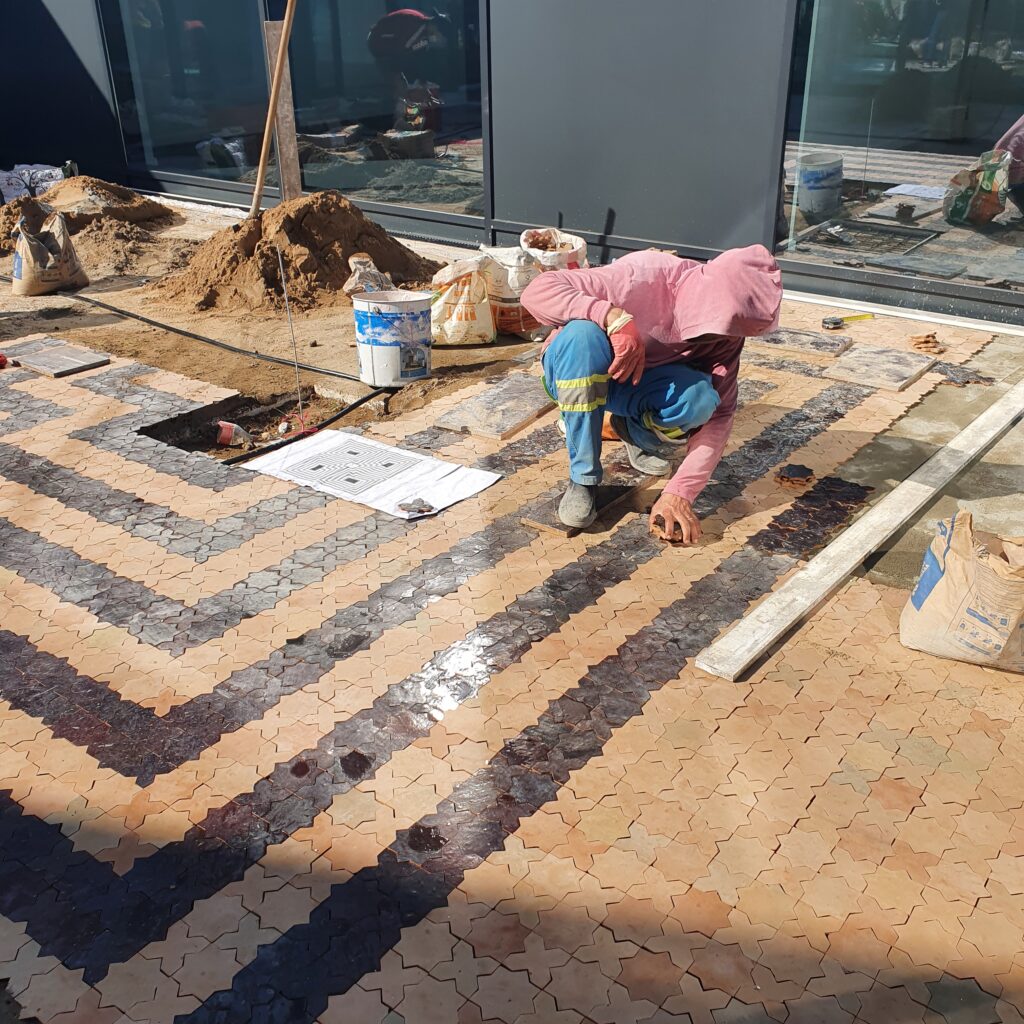 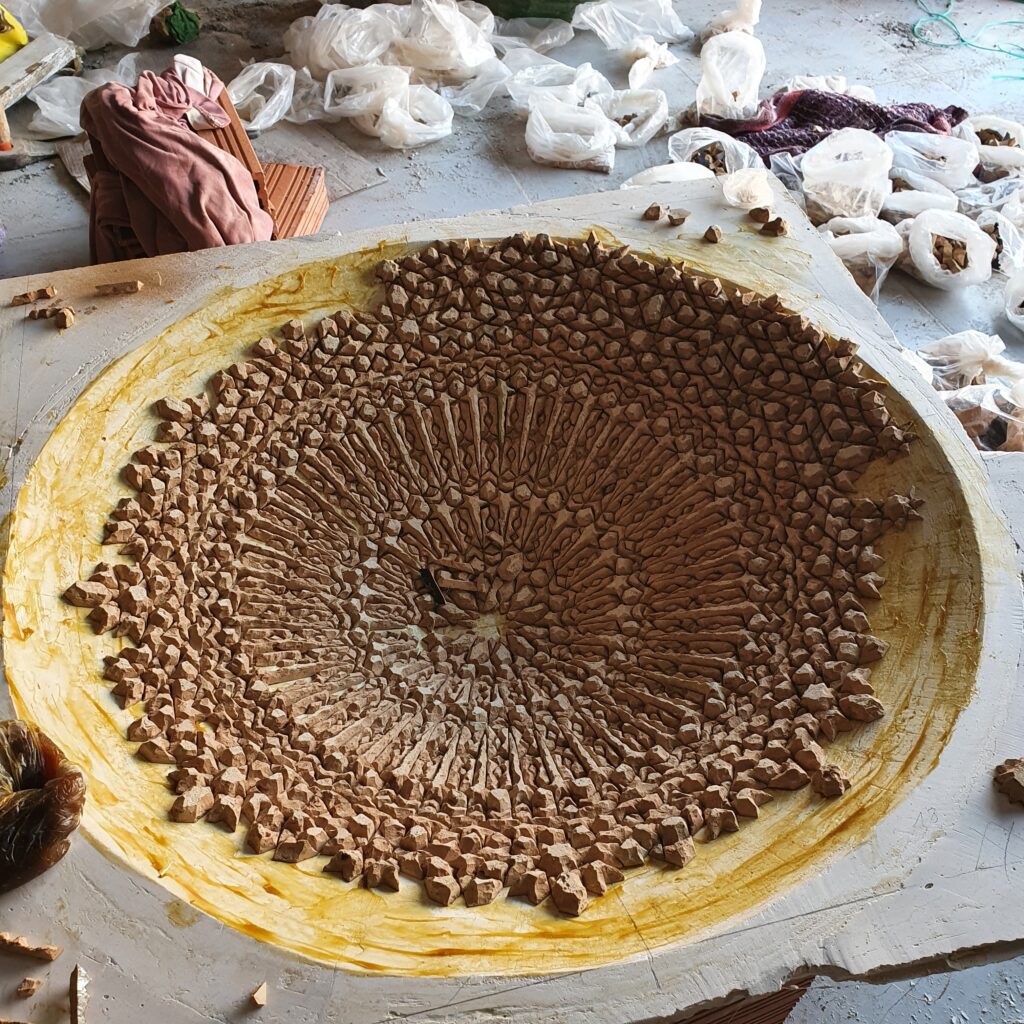 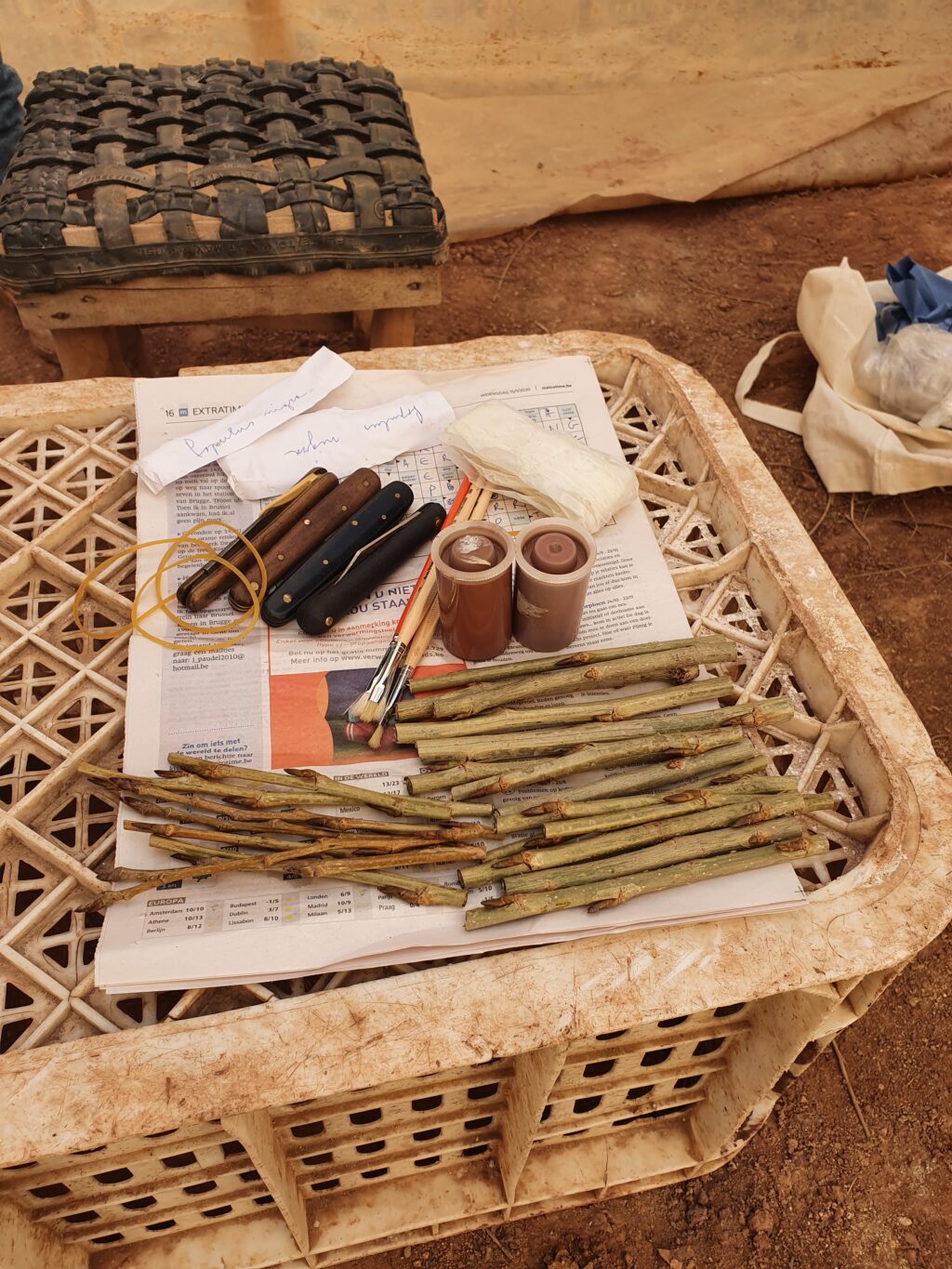 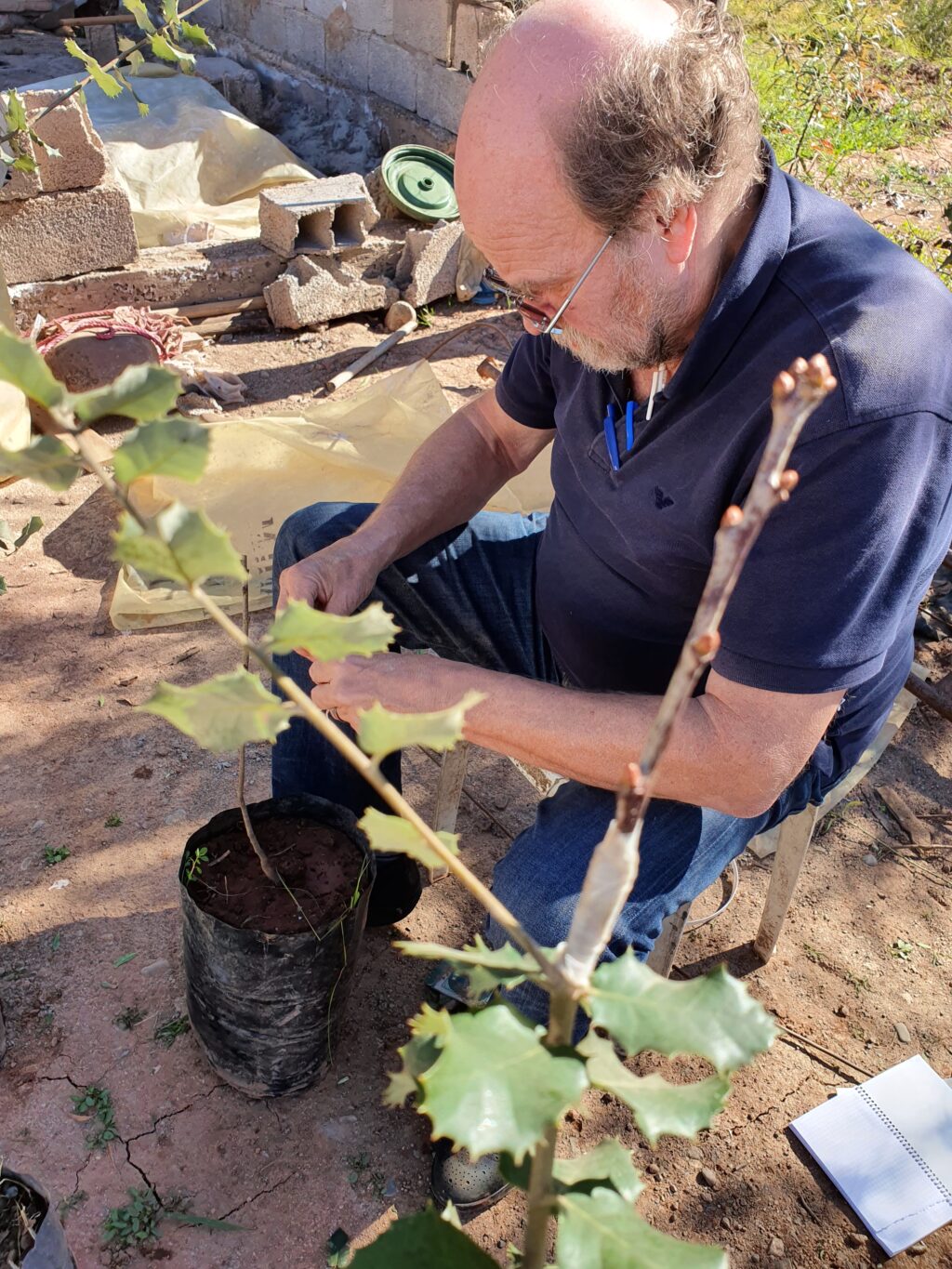 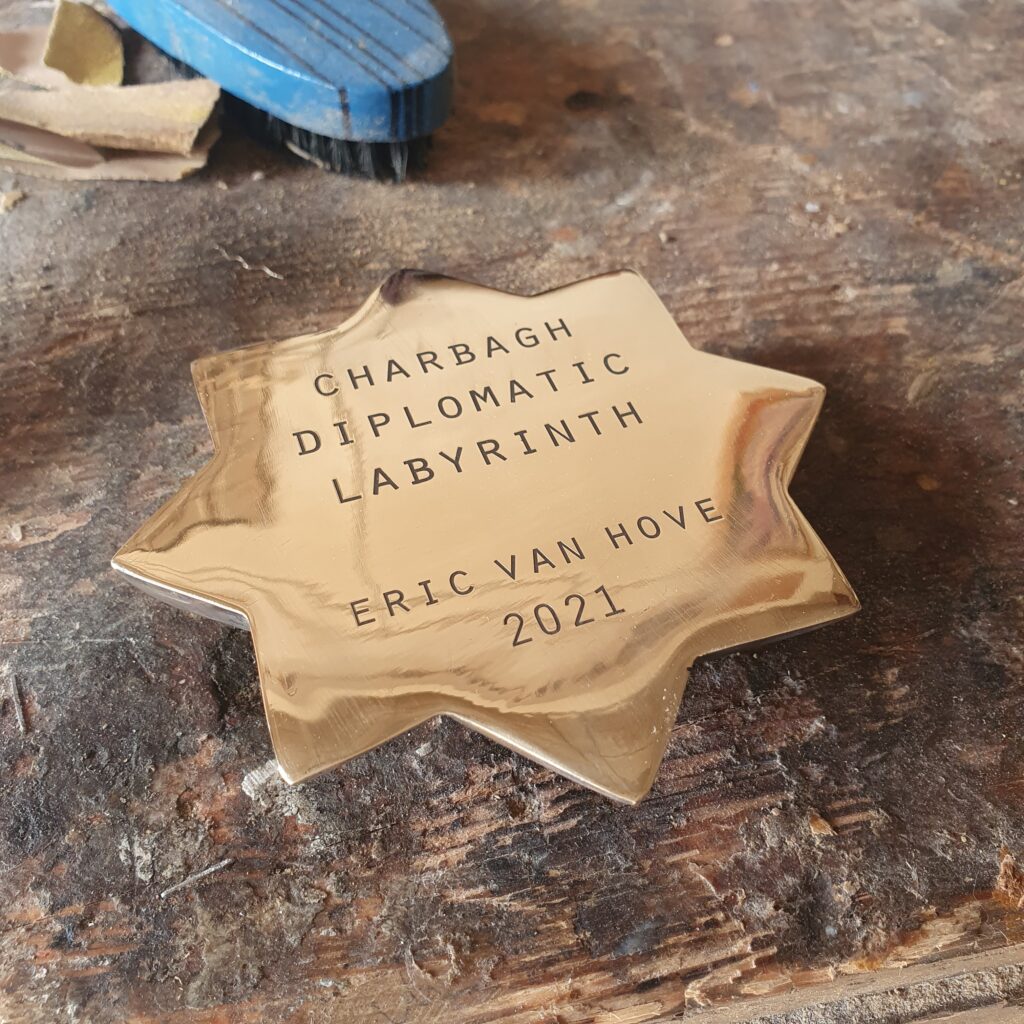 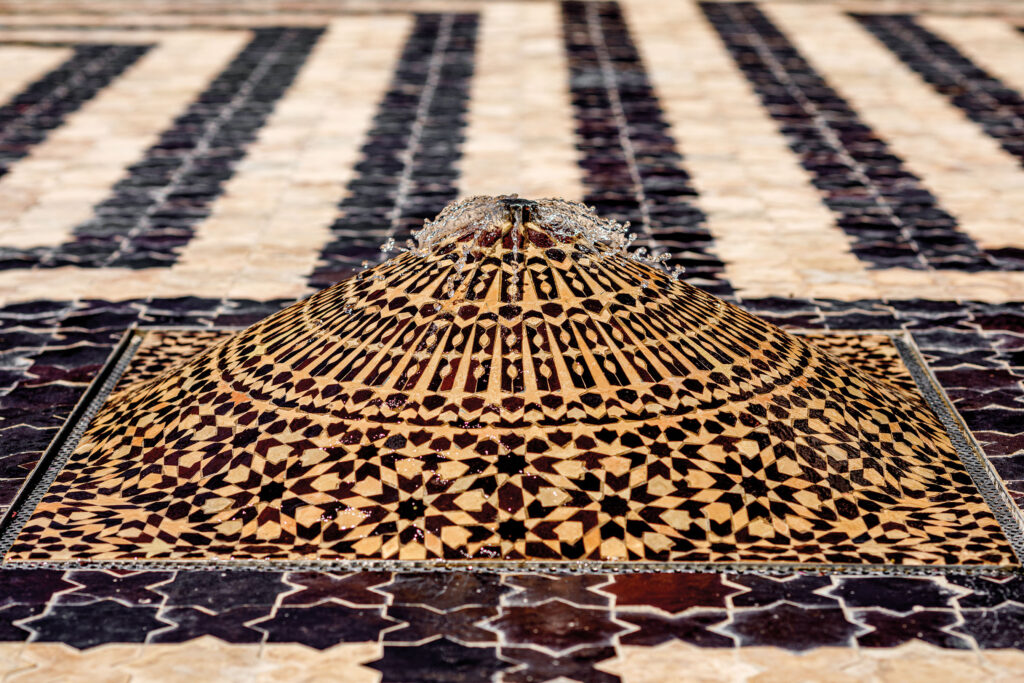 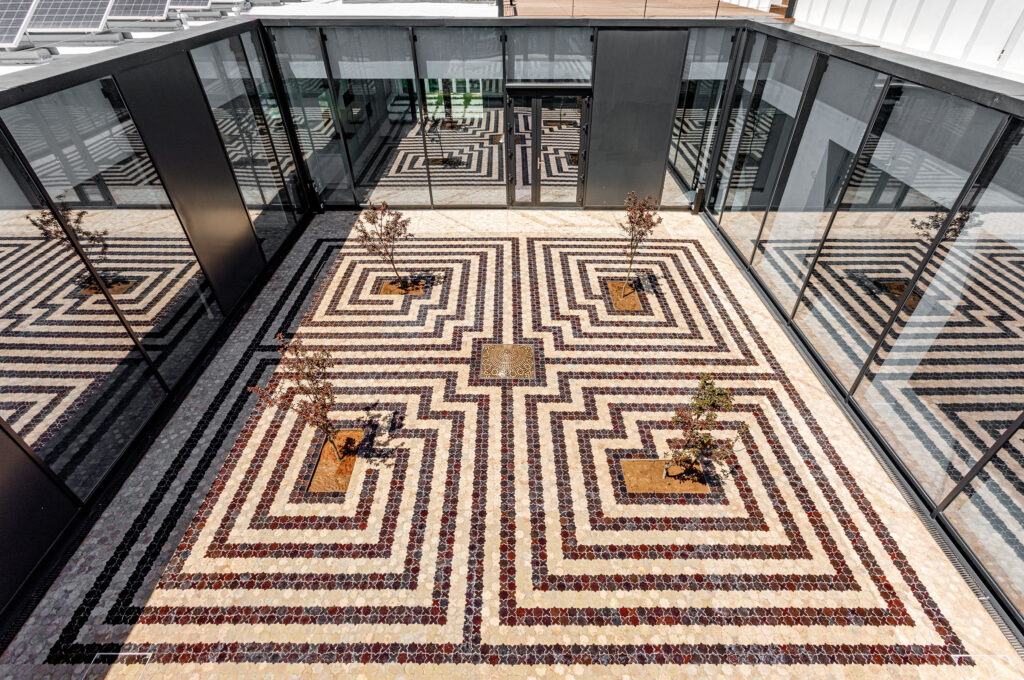 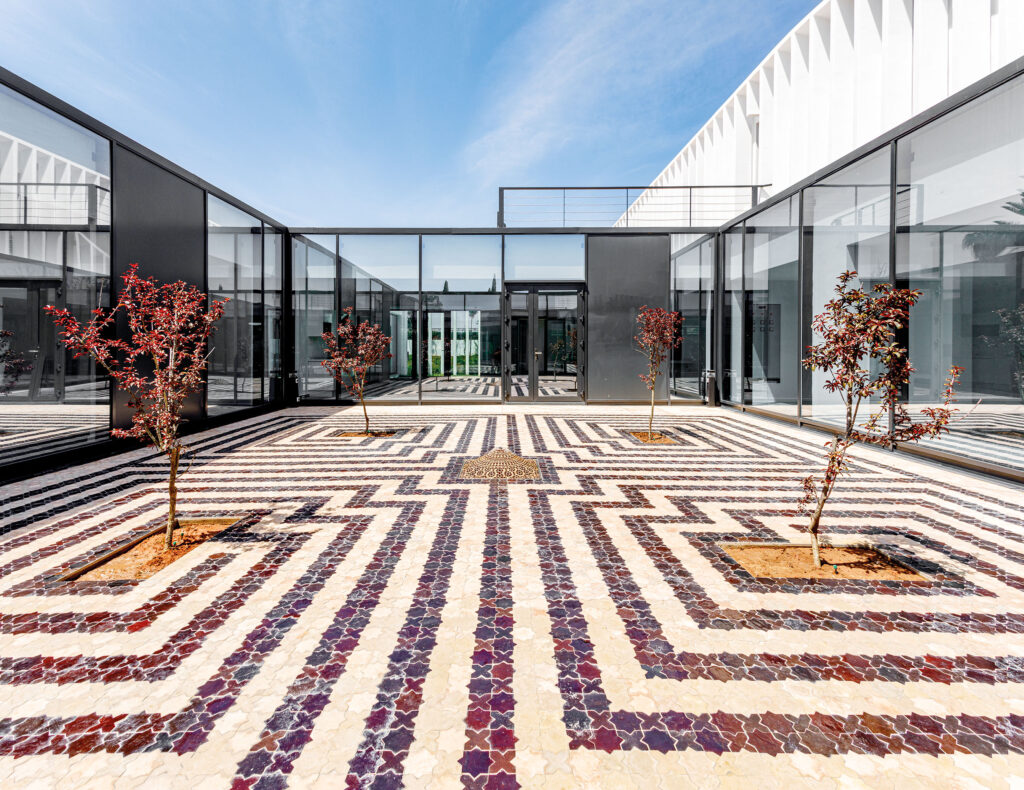