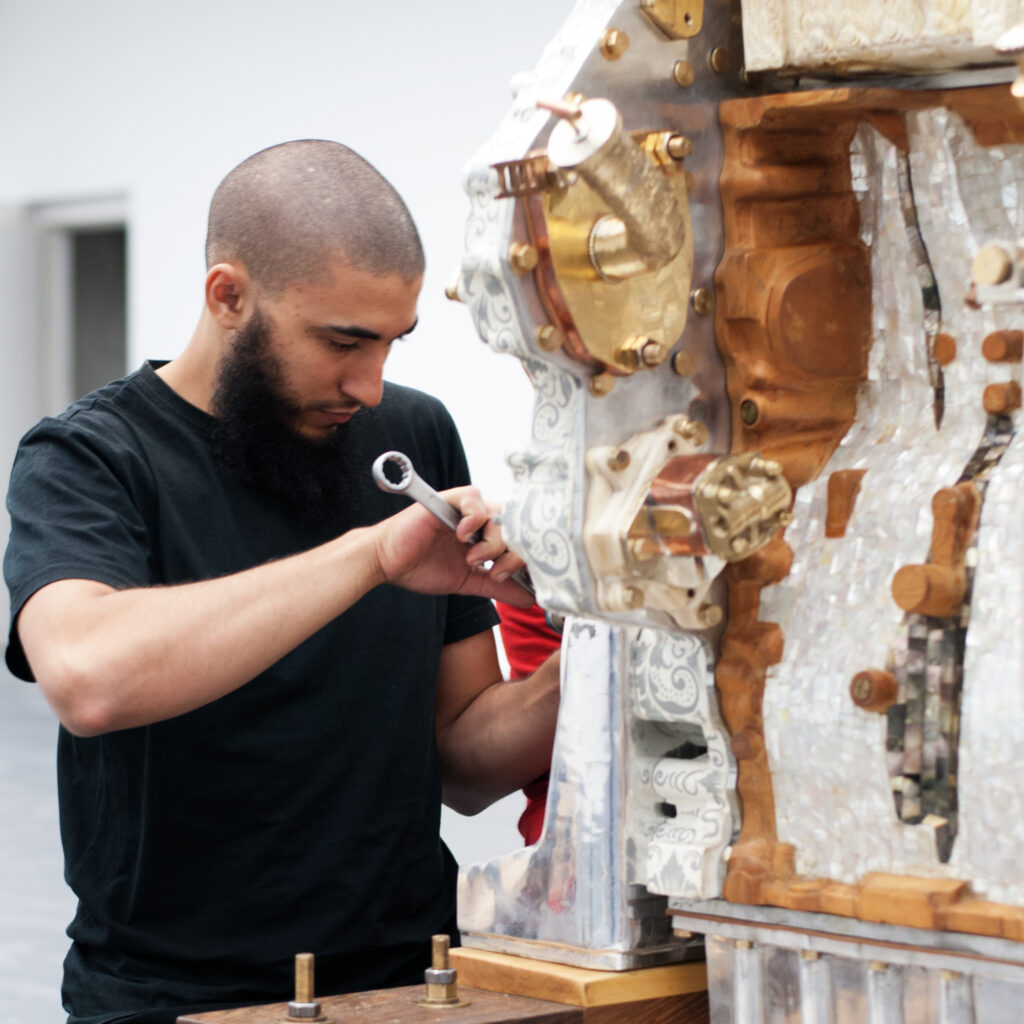 Mehdi Ghinati was born in 1980 in Marrakesh.

After finishing secondary school, he trained as a carpenter in his family’s workshop in the Medina. He has taken part in several Design workshops organized by the British Council in Morocco before joining the 57-strong craftsmen crew to have worked on V12 Laraki in 2013.

Eric van Hove called him to join Fenduq in 2014. The youngest in the team, his task is primarily focused on conceiving and building all crates, frames and pedestals, including some very complex mixed media structures when it comes to larger projects like the Mahjouba Initiative’s prototypes developments, or the inner crates and pallet of the artist’s large sculptures.

Mehdi is fluent in English and French and, as a result, is also involved in welcoming visitors.

He is a father of two, and his hobbies are acrobatic BMX and surfing. 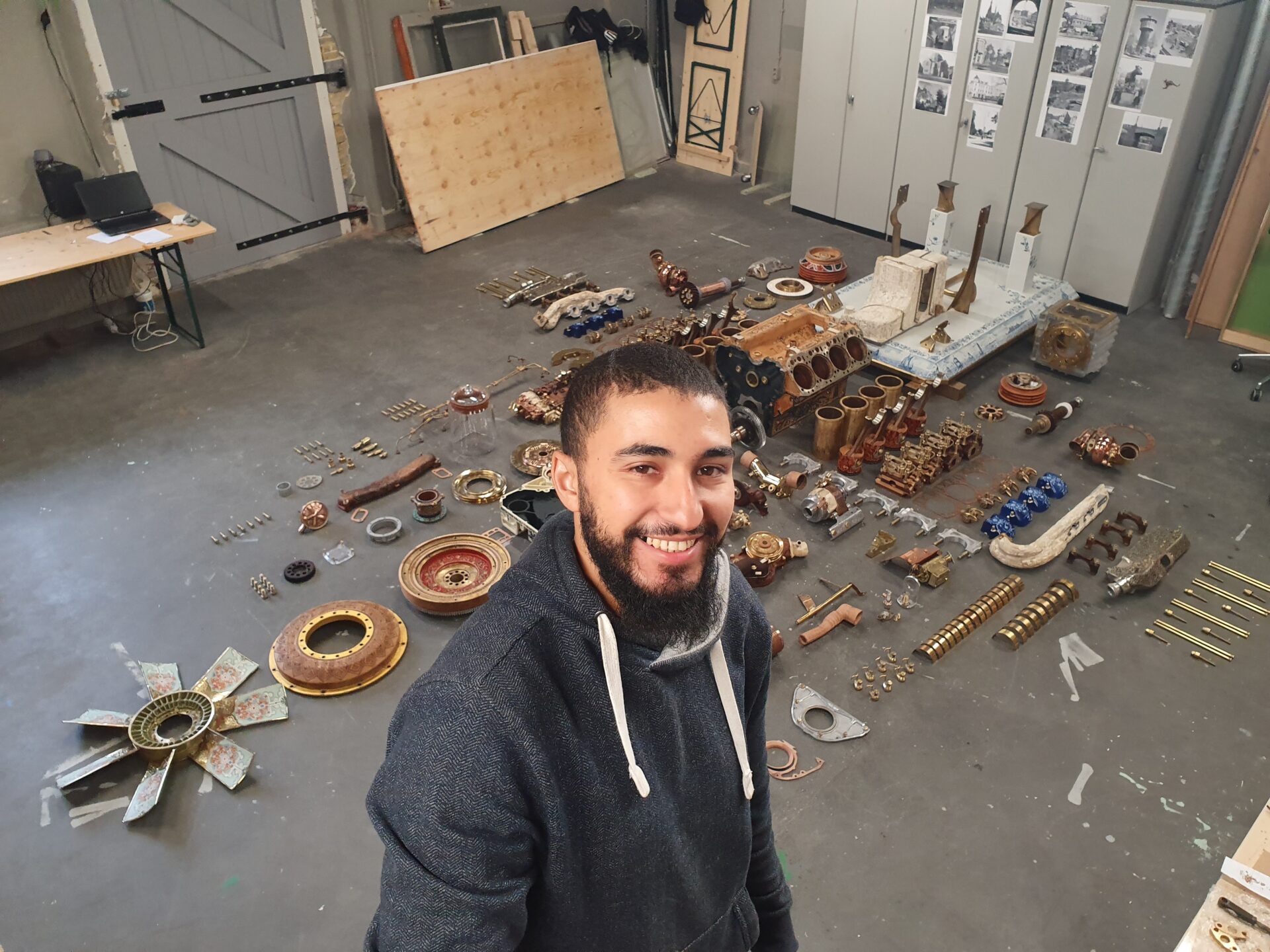